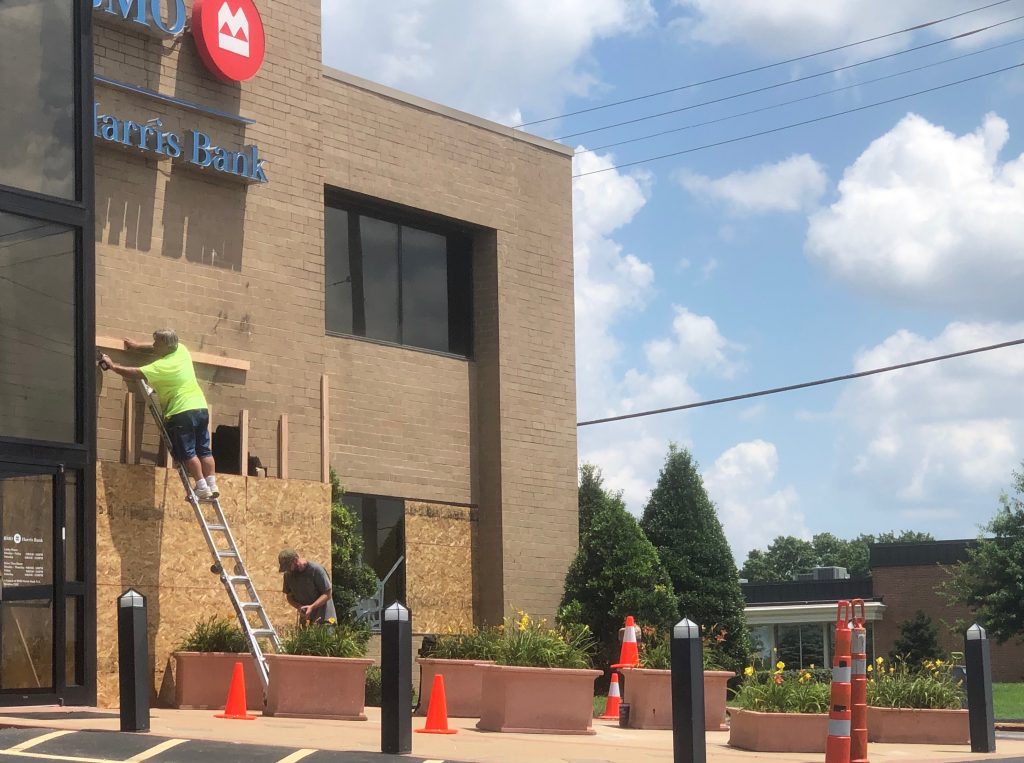 Workers patch up a hole in the brick wall of BMO Harris Bank Wednesday, July 10, after Alexander K. Jalaff, 25, led Sunset Hills police officers on a high-speed chase that culminated in Jalaff crashing into the side of the building early Wednesday morning. Jalaff was ejected from the vehicle and died at the scene. Photo by Erin Achenbach.

Police have identified the man who was killed Wednesday after he crashed into a bank building in Sunset Hills during a police chase.

The Sunset Hills Police Department said that Jalaff was ejected from the car and died at the scene.

A Sunset Hills police officer patrolling around 2:54 a.m. Wednesday noticed a car behind the building in an industrial area in the 12900 block of Old Gravois Road, where the department said there has been a string of thefts from businesses and cars.

When the officer drove around the building to investigate, Jalaff fled east on Old Gravois “driving erratically and at a high rate of speed,” the Police Department said in a news release.

He was the only occupant of the car.

The officer chased Jalaff east on Gravois Road and north on South Lindbergh Boulevard, while he continued to “drive erratically and at a high rate of speed,” police said.

The officer lost sight of the fleeing car, but then found the car had crashed into the side of the bank.

The bank was damaged in the crash as the car broke through the brick wall, but is now boarded up.