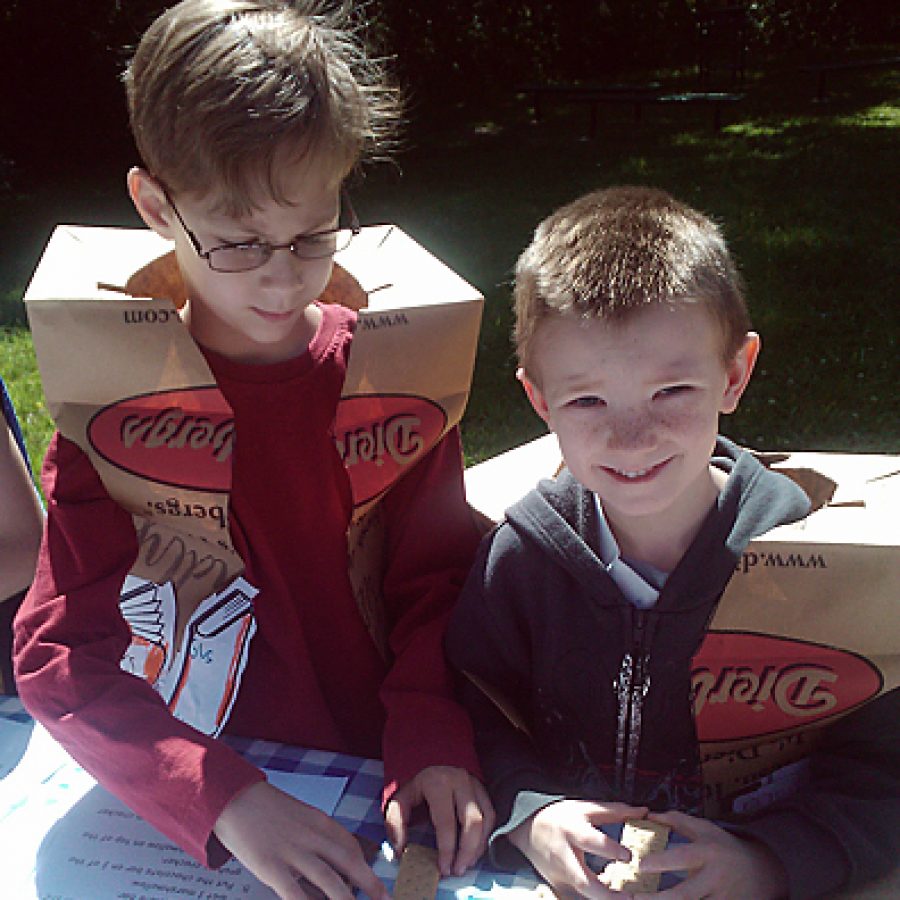 “Camp Reads-A-Lot! Camp Reads-A-Lot!” echoed across the playground at Point Elementary as 75 first graders chanted their camp name while they moved from one reading activity to the next last week.

Camp Reads-A-Lot is the brainchild of Point Elementary first grade teachers Ann Zimpfer, Jennifer Koenig and Victoria Dedic, who created the event during the 2009-010 school year with funding from a Mehlville-Oakville Foundation mini-grant, according to a news release.

“It is a celebration of a year of learning and the gains in reading the students have made,” Zimpfer stated.

During the daylong “camp” on May 18, students visited several camping-related stations including fishing in a pond full of vocabulary words, making camping vests and badges, going on a bear hunt (a wild flora and fauna tour) and campfire storytelling. And, no camp would be complete without the s’mores recipe reading activity  a favorite among the students.

“We are thrilled when the kids say they have a great time, and this camp gives them the opportunity to recognize how much they have grown,” Zimpfer said.

To host Camp Reads-A-Lot for the second year in a row, the first grade teachers reused many of the materials purchased with the Mehlville-Oakville Foundation mini-grant funds last year. The school also received private funding and donations and utilized the help of a dozen parent volunteers for this year’s event.

“I like the bookmark because I made it,” first grader Gus Taylor said. Gus’ classmate, A.J. Barnett, preferred the bear hunt. “It was cool to do a project with reading and writing about living things and non-living things,” A.J. said.