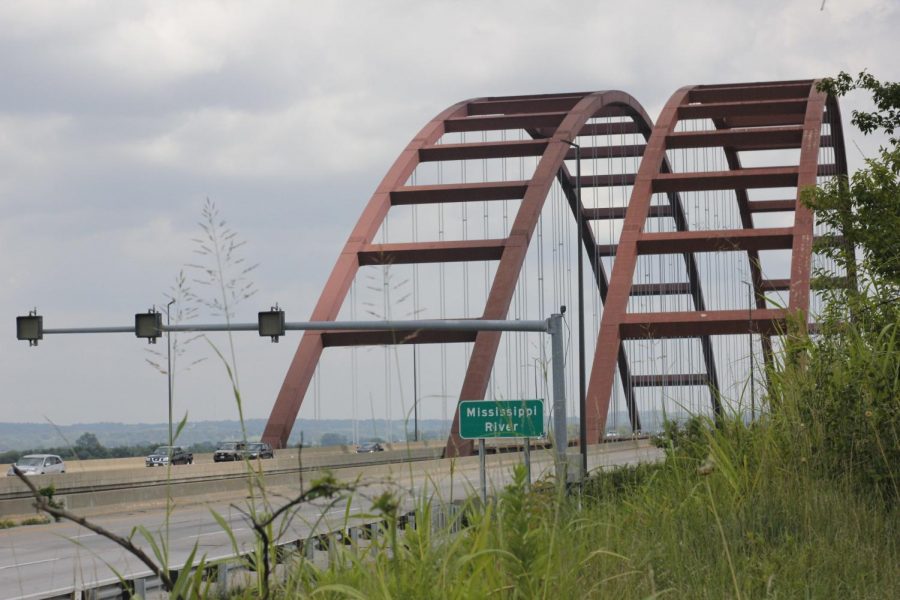 The view from the site of the proposed Moto Mart along the Mississippi River, directly next to the JB Bridge.

The St. Louis County Planning Commission approved a letter to the County Council July 11 reiterating its approval of a new MotoMart gas station off Interstate 255 and Koch Road.

MotoMart is a gas station/car wash combination and is requesting the zoning at the site be changed from M-1 Industrial, FPM-1 and FPM-3 to M-3 Planned Industrial and FPM-3. The lot is 2.94 acres and is in the Mehlville School District. The proposal features a car wash and drive-thru, 35 parking spots, a new pole sign and some landscaping. The gas station would be open 24/7 and staff around 35 employees.

That response was finally approved at an executive meeting July 11. It lists several reasons for the commission’s approval, including the use of a long empty site, crime reduction and the service it would provide to hospital and cemetery employees.

Commissioner Bill Sneed pointed out that several sites in the county have similar gas stations, meaning there is a precedent for the project. In regards to crime, Chairman Wayne Hilzinger said this is the only site he has ever been told not to visit.

“This is the only site in all the years I have been here that I was told by a petitioner not to go on the site because it wasn’t safe,” Hilzinger said. “That was due to an encampment at the base of the site.”