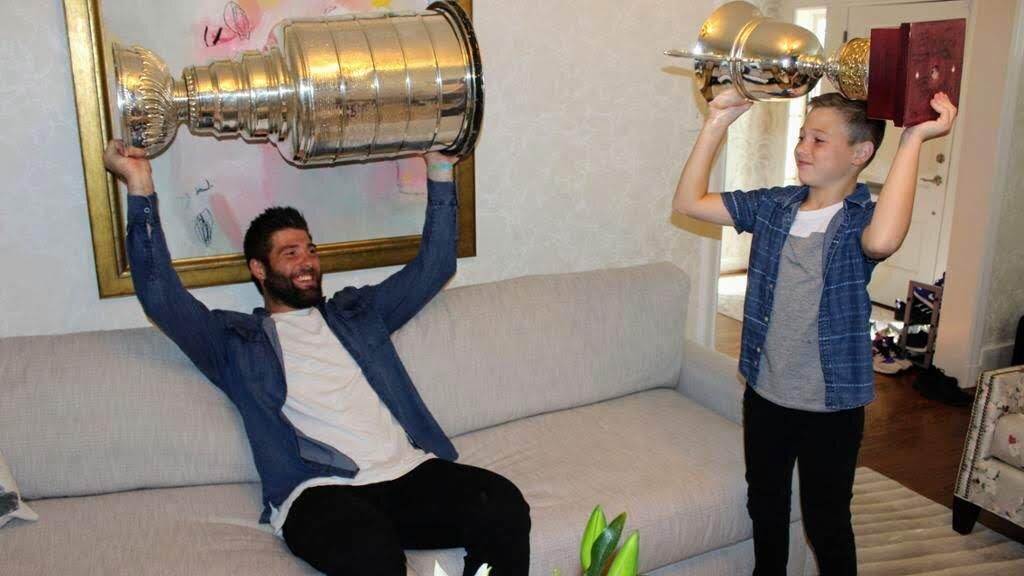 Blues player Pat Maroon started off his day with the Stanley Cup by taking photos with his family at his home in Clayton. Maroon then paid a visit to All American ice rink in Green Park, where St. Louis County Police officers, including Green Park Officer Jeremy Hake, posed for photos with Maroon and Stanley. After eating toasted raviolis from the Cup at Charlie Gitto’s on The Hill, Maroon then finished the day on a lake to the west of St. Louis with family and friends, and a private concert from country star Adam Sanders.

Oakville native Pat Maroon got his day with the Stanley Cup Saturday to do whatever he wanted. He ate toasted raviolis out of it and brought it to South County to pay tribute to those who helped his youth hockey career.