Photo taken by Oakville High School student to be displayed at U.S. Capitol 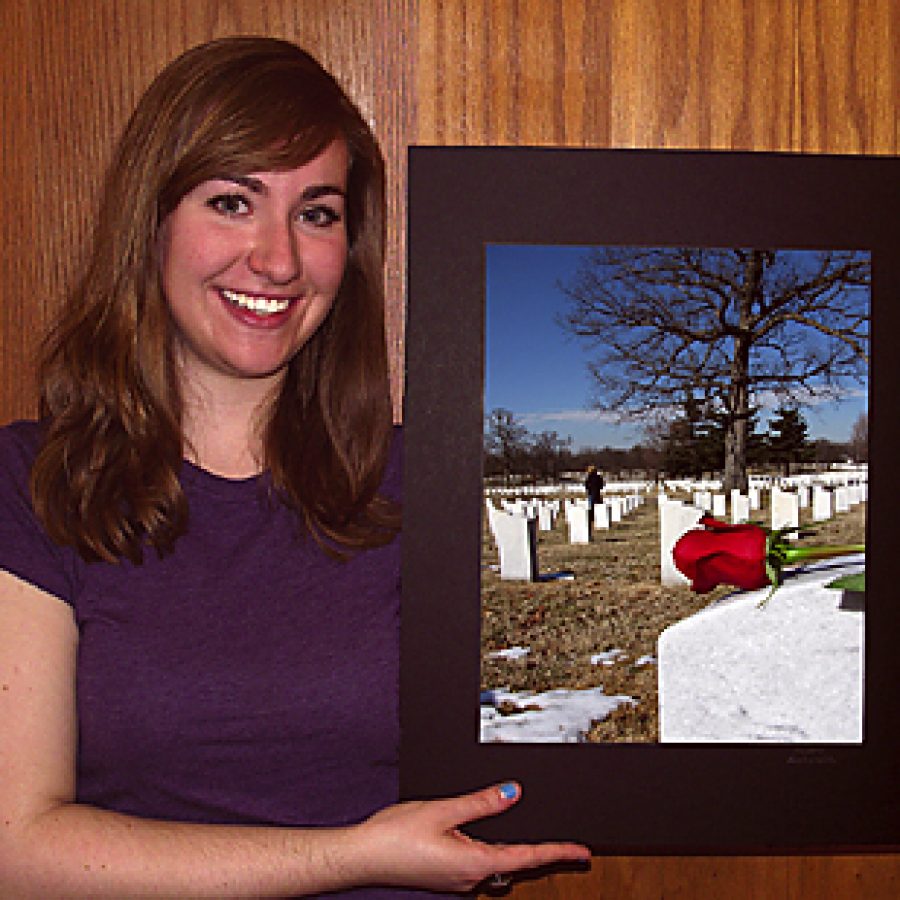 OHS junior Lauren Kuechenmeister poses with her photo, titled \"Never to be Forgotten,\" which will go on display next month at the U.S. Capitol.

A photograph taken by Oakville High School junior Lauren Kuechenmeister will be on display at the U.S. Capitol in Washington, D.C. for the next year as part of the annual Congressional Art Competition sponsored by the Congressional Institute.

Kuechenmeister’s photo was selected by U.S. Rep. Russ Carnahan for the honor, and she will travel to Washington, D.C., for the June 22 opening ceremony of the exhibit. OHS sophomore Lucy Right’s photo received an honorable mention in the program as well.

Kuechenmeister’s award-winning photo, titled “Never to be Forgotten,” features a red rose on top of a tombstone in Jefferson Barracks National Cemetery. The OHS junior shot her digital photograph during her Photography 1 class taught by Joan Larson.

Though enrolled in Honors Photography 2 at OHS, Right did not take her photo, titled “Antique Store,” as a class assignment but for her own enjoyment instead. A copy of Kuechenmeister’s and Right’s photo will be on display at Carnahan’s St. Louis district office.

The Congressional Art Competition is held each spring as a nationwide high school visual arts competition with the purpose of recognizing and encouraging artistic talent across the nation and in each congressional district. The competition also provides an opportunity for members of Congress to encourage and recognize the artistic talents of their young constituents, according to a news release.