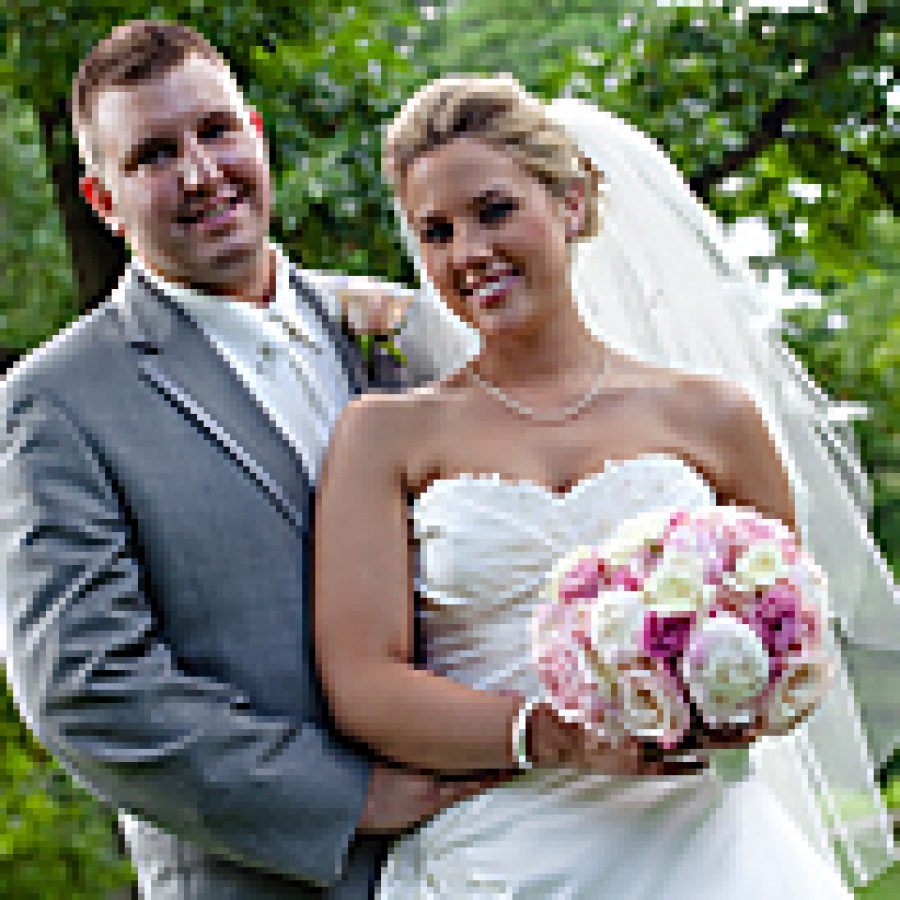 The bride is the daughter of Gary and Lucinda Peterson of Warsaw.

The groom is the son of Kurt and Kathy Bauer of St. Louis.

The maid of honor was Jeanette Peterson. The matron of honor was Tara Vansell. Bridesmaids were Justine Sim, Kimberly Madden and Kathleen Navin.

The flower girl was Campbell Vansell.

The ringbearer was Rowan Sim.

A reception was at the Norwood Hills Country Club. After a honeymoon trip to Jamaica, the couple moved to St. Charles.