Police: Cuts to police endanger safety; council says they need to be made 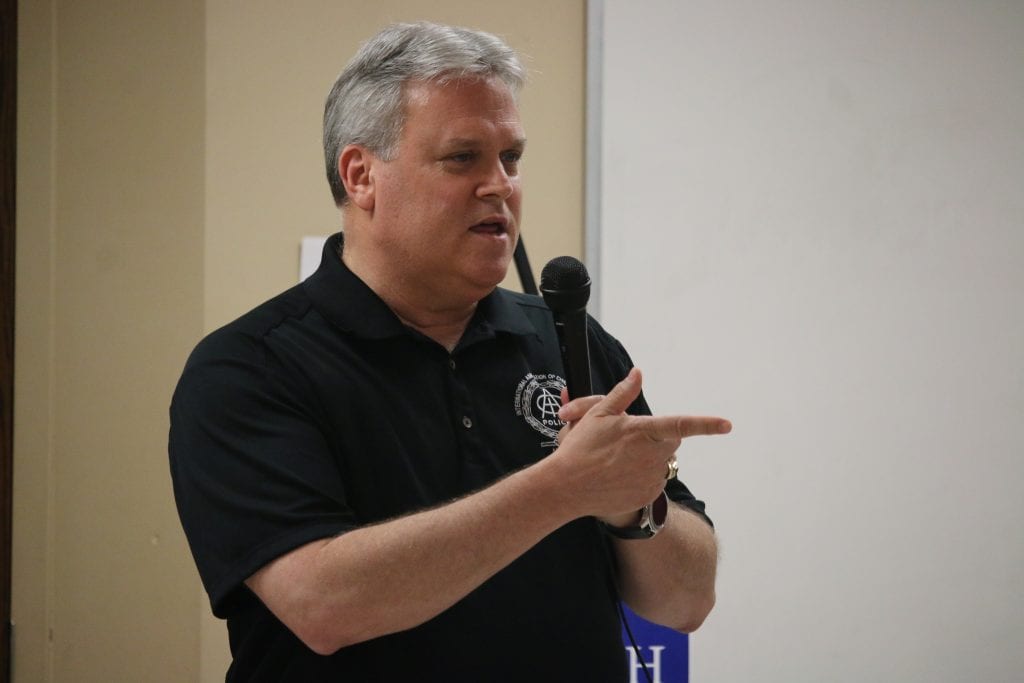 Much of the debate around the County Council’s budget cuts has centered around the council’s subtraction of $4.8 million from the budget of the St. Louis County Police Department, which county police Chief Jon Belmar believes will cut all 50 officer positions needed to expand the force with two-officer cars as promised under Proposition P.

Council members contend that Belmar told them in the Police Department’s budget hearing that he would not be able to fill those positions in 2019, but Belmar disputes that characterization of his comments.

Deputy Chief Kenneth Gregory told the council Dec. 18 that in 39 years of service, “I can’t even tell you the number of times that I wished I had a two-man car.”

He said he thinks it would have prevented Officer Blake Snyder’s death and an incident last month in north county where a lone officer got out of her car and was immediately ambushed by a suspect. While she was on the ground nearly unconscious with a head injury, the suspect grabbed her Taser thinking it was a gun and aimed it at her.

He said it will decrease use-of-force incidents and better train young officers.

“Two-officer cars are better to send to our violent crimes in progress, increase visibility and help deter crime and disorder,” Gregory said. “I urge you to listen to the voters of St. Louis County.”

Council Chairman Sam Page, D-Creve Coeur, said, “I get the impression that you believe the council is against two-man cars… We support two-man cars.”

St. Louis County Police Association business manager Matt Crecelius accused the council of “blatantly misleading” the public on Prop P funds: “We have numerous officers’ pictures that hang on memorial walls that would be alive today if they had two-man cars…. You owe it to the victims of violent crime, and you owe it to the public that passed Prop P.”

Later on Twitter, Fitch wrote, “I cannot support a budget with @stlcountypd cuts.”

The council member who has been most aligned with the Police Department, 5th District Councilman Pat Dolan, said he received the plan at 8 a.m. the same day he was expected to vote on it.

Council members said the cuts were not specifically to two-officer cars or Prop P. But police representatives pointed out that the line item cut, $4.8 million, exactly matches Belmar’s request for those 50 officers.

Although the council said they would be happy to give Belmar more money midyear if he came to them and asked for it and believed he could fill the positions, police representatives said it takes months to fill a police position with background checks and other required prerequisites, and they have to know the positions are funded before they can hire anyone or promise them a job out of the police academy.

Page said that since there were 90 “separations” from the Police Department in 2018, or officers who left the force for whatever reason, that the department must fill those positions first before it can fill the two-officer car positions promised under Prop P. He expects a similar number of officers to leave this year.

“I’m disappointed that the discussion of available police positions doesn’t include the separations… I’m disappointed that our Police Department would imply that the council is not supporting two-man cars,” Page said. “If you need more police officers, let us know and we’ll be there to provide the funding.”