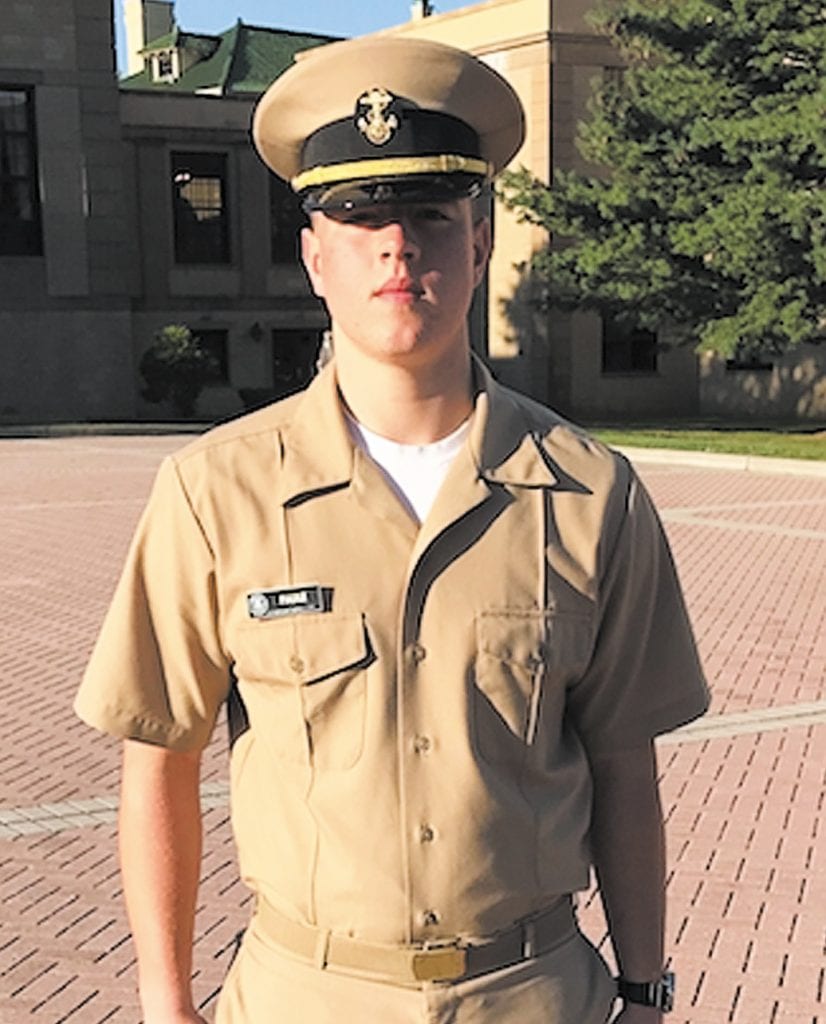 Jacob Arthur Paule of Oakville was recently sworn in as a midshipman in the U. S. Naval Reserve at the U.S. Merchant Marine Academy, or USMMA, in Kings Point, N.Y.
Paule was nominated for the honor by U.S. Sen. Roy Blunt, R-Mo., and U.S. Rep. Ann Wagner, R-Ballwin.
The USMMA is a federal service academy that educates and graduates licensed Merchant Marine officers. Besides rigorous academic and physical requirements for admission, applicants must be nominated by a member of Congress or a senator.
Paule, a 2017 graduate of Oakville High School, is the son of Chris Paule of Oakville. He played football for the Oakville Tigers and was also active in choir.
The Oakville graduate also plays football for the USMMA. This year, he was a second-string center.
He is also focusing on academics at the academy, where he is majoring in marine engineering. He earned a 3.73 grade-point average on his latest academic report.
Paule’s brothers and sisters are Ashley, 31; Megan, 23; Hannah, 20; and Matthew, 16. Megan and Hannah attend Missouri State University, and Matthew is a junior at Oakville High School.
As part of his four-year education, Paule will spend one year training as a cadet aboard oceangoing vessels.
USMMA is the only federal academy where students train on commercial vessels traveling around the globe.
All USMMA graduates earn both a bachelor of science degree and a Merchant Marine Officer license, and incur an obligation to serve the country as an active or reserve officer in the U.S. armed forces.
Wagner wrote to her constituents in a newsletter that she was excited to tell Paule the news of his acceptance to USMMA last spring.
“Congratulations to Jacob, his family and his teachers who made this possible,” Wagner wrote.