Paul Berry III, Ed Golterman to face off in August for Republican nod for county executive 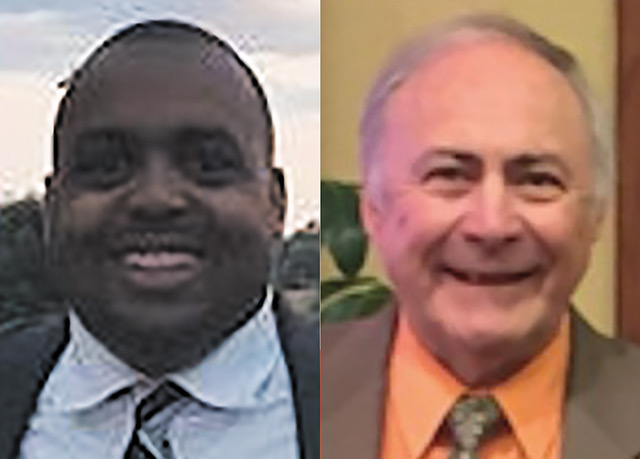 The primaries for both parties are Tuesday, Aug. 4.

Republican Paul Berry, who ran a failed campaign against former County Executive Steve Stenger in 2018, will face off against Ed Golterman of Kirkwood. Neither candidate has held public office.

Berry, 11932 Barbara Drive, Maryland Heights, did not provide any personal information on his questionnaire.

He gave the following responses to The Call’s questionnaire:

Berry said, “Any person who has ever donated to any of my previous (or future) political campaigns received the same answer when I was asked what I am going to do for them … great government. The potential conflict of interest issues involving … donations to … county executives has been partly resolved by … finance limitations currently in effect. The second part of resolving this issue will occur by transparency reforms I intend to bring to all divisions of … government.”

Are you satisfied with the direction the county is headed?

Berry said, “Absolutely not. St. Louis County is facing a true crossroads and if we do not immediately change how … county government operates, we will transform into … Chicago within five years. St. Louis County requires a county executive who … is ready to address serious issues facing our future, from Day 1.”

What measures, if any, will you propose to encourage economic development in South County?

Berry said, “With advice from your … councilperson, I want to identify large properties in South County that are located away from residential communities to establish business development that will support our current South County. South County is ripe for national corporate headquarter development districts … Second, I will utilize current economic development tax credits offered by the state … to guarantee such state tax breaks to private companies who purchase property and relocate to … South County locations.”

What will you do to address the problems exposed by the unrest in Ferguson and nationwide protests after the death of George Floyd?

Berry said, “St. Louis County is one step away from our government surrendering parts of our beloved county to socialism and anarchy … St. Louis County does not need any more consultants or studies to ‘address the problems exposed by the unrest in Ferguson,’ St. Louis County needs to enforce the law against any person who damages property or threatens our residents.

“To answer the question, specifically … I propose the following policy changes: (a) no law enforcement officer shall attempt or cause to restrict the breathing of any person, unless: (i) the same use of force to utilize the discharge of a firearm would otherwise be justified, (ii) the loss of control of an officer could reasonably lead to injury or death … and (iii) no person who has been restrained or is in custody of law enforcement shall ever have their breathing restricted by any corrections or law enforcement officer.”

Do you support a merger of St. Louis County and St. Louis city?

Berry said, “I am absolutely opposed to the merger of St. Louis County and the city of St. Louis.”

What do you think of new Chief Mary Barton?

Berry said, “I have had limited interaction with Mary Barton as police chief of St. Louis County, and as such, have not formed an opinion of Barton’s overall performance as our new police chief. I did take note of Barton’s comments regarding general claims of racism against the St. Louis County Police Department. Simply stated, Barton took ‘the bait’ from the media and responded to such a question in a manner that unnecessarily became a nonproductive soundbite of the day.”

What are your thoughts on the St. Louis County police? Should the SLCPD be defunded?

Berry said, “I am unequivocally against defunding the St. Louis County Police Department. The level of violent crime in St. Louis County coupled with a loss of sales tax revenue due to COVID-19 makes any budgetary cuts to our … police department absolutely out of the question in the near future.

“I truly believe the … police department can ascend to become the top law enforcement jurisdiction in the nation and can serve as the premier model on … local law enforcement. This will require all parts of our community to build a mutual respect for each other.”

What will you do to prevent any more deaths of jail inmates in the St. Louis County Justice Center?

Berry said, “As a career bail bondsman, I understand the challenges facing our … corrections system and our constitutional responsibility to provide for the health and welfare of all persons under … custody. Our St. Louis County Justice Center corrections officers were utilized as a ‘scapegoat’ to explain the increase in deaths of prisoners. St. Louis County Justice Center was placed in the hands of an inexperienced criminal justice operator, and as a direct result … failed to provide a corrections system capable of addressing the health concerns of our … inmates.

“The additional component I will institute at our … Justice Center is the opportunity to participate in an independent physical examination conducted by the St. Louis County Department of Public Health. The proposed medical physicals provided by St. Louis County Department of Health would be offered on a voluntary basis and the results of such physical examination shall be considered a medical record protected by the normal course of doctor/patient confidentiality.”

Read on for web-exclusive questions and answers below:

What is your position on incorporation?

Berry said, “Municipal incorporation (including mergers of municipalities) in St. Louis County should be the decision of the unincorporated residents in question, which should require a vote of 70 percent  of such St. Louis County unincorporated residents. This is solely my opinion: Incorporation and mergers of municipalities in St. Louis County are currently regulated by a set of laws that do not provide for my public policy position on this matter. The committee responsible for approving proposed municipal jurisdictional boundary changes (the county Boundary Commission) should have such authority abolished in favor of the same system utilized by the rest of the state of Missouri, which is a vote by the affected Missouri citizens.”

Are you satisfied with the current state of the county’s assessment process?

Are cuts needed to balance the county’s budget? What do you see as the status of county finances?

Should the County Council have its own attorney besides the county counselor?

Should the city of St. Louis enter the county as a municipality?

What is your greatest accomplishment for the county?

How will you attract new businesses and jobs into the county?

How will you ensure transparency?

What will you do about the county’s animal shelter?

Do you have plans to expand MetroLink? What will you do to improve MetroLink security?

Berry said, “I will not support the expansion of the MetroLink system in St. Louis County (or anywhere else) until Metro can prove their ability to address crime and passenger safety associated with MetroLink transportation over an extended period of time.

“As St. Louis County executive, I seek to restructure MetroLink security operations, as follows: (a) Metro shall establish a law enforcement agency cross-designated and licensed by the states of Missouri and Illinois dedicated to the safety and security of all Metro passengers, staff and facilities, (b) Metro shall provide for all administration, training and supervision of all persons who provide law enforcement services to Metro system, (c) Metro law enforcement officers who patrol MetroLink trains and stations shall be comprised of active law enforcement officers seeking secondary (part-time) employment while continuing to work for their primary law enforcement agency (which will eliminate pension and health insurance costs of such Metro law enforcement officers patrolling MetroLink trains and stations), (d) Metro shall establish a detective bureau to investigate any crime against property or misdemeanor violations committed against any Metro system passenger or staff and (e) require Metro to enact my proposed Metro Safety First clause, which will require Metro to first fund my proposed Metro security plan before utilizing any St. Louis County tax dollars for any other purpose.”

Should the county spend more or less on the Metro budget? What changes would you like to see, if any?

Berry said, “I am absolutely against any increase of St. Louis County’s tax dollars committed to Metro operations. St. Louis County currently provides approximately $165 million (or $165 per St. Louis County resident) of sales-tax revenue per year towards Metro’s $298 million yearly operations budget. The typical sales tax benefits generated by county jurisdictions investing in light rail service (such as Metro) are enjoyed by the city of St. Louis and their downtown attractions, not by St. Louis County taxpayers.

Should Proposition P sales-tax funds be used as outlined at the time of passage by then-Police Chief Jon Belmar?

What will you do to oversee spending from Proposition P?

What is your opinion of the performance of county Auditor Mark Tucker?

What is the biggest issue facing St. Louis County today? What will you do to fix it?

What are your thoughts on how the current County Council is operating? Should the council have taken more control over coronavirus funds?

What would you implement to prevent corruption and fake contracts on the level of former County Executive Steve Stenger?

Are you satisfied with the county’s response to the COVID-19 pandemic?

“St. Louis County chose to shut down the entire county, instead of focusing stay-at-home orders to protect vulnerable seniors and persons with specific health issues. St. Louis County residents who are otherwise healthy and personally wished to keep our economy going should have been provided the opportunity to continue working with policies established by St. Louis County to keep them safe.”