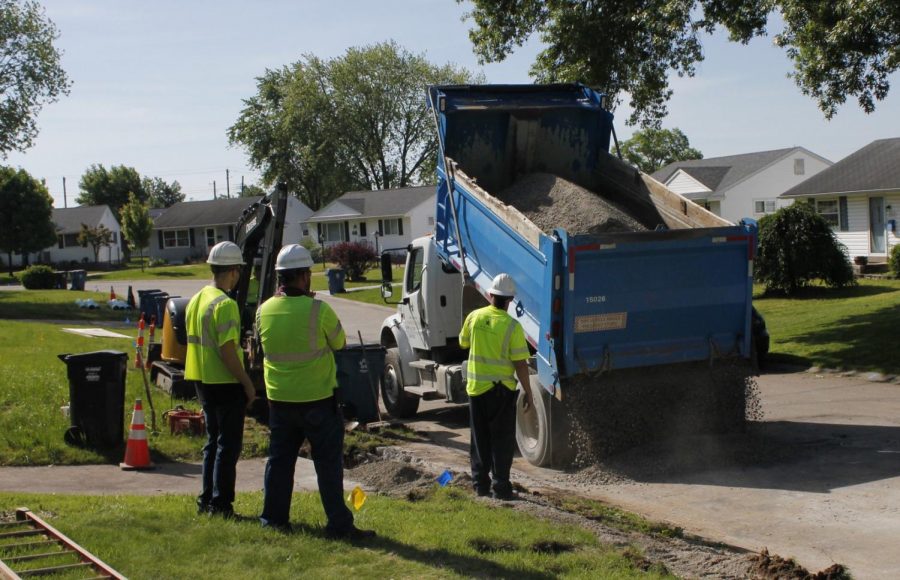 Workers get ready to fill in dirt from Missouri American Water’s water main replacement project near Fatima Drive and Kammerer Avenue in Affton. The project was part of the water utility comany’s plan to replace 224,000 feet of water main this year, approximately 42 miles of the 4,500 miles of main that the company oversees.

A portion of Heege Road in Affton will close for an estimated three months as Missouri American Water replaces aged water mains.

Beginning Monday, June 1, Heege Road between Birkenhead Drive and Valcour Avenue will be completely closed while 450 feet of a 16-inch cast iron main from the 1950s is replaced with a 16-inch ductile iron main ahead of an eventual St. Louis County bridge project, according to an announcement from Missouri American Water.

Drivers are advised to find alternate routes since that section of Heege Road will be completely closed, including to local traffic.

“The Heege Road project is a great example of Missouri American Water working with St. Louis County to save customers money as we make long-term investments in our water system,” said Missouri American Water President Debbie Dewey in the news release. “While we understand the temporary road closure may be an inconvenience for some area residents, doing our work in conjunction with the County reduces construction costs and will prevent future disruptions and road closures in the area.”

The project, along with a similar project in Ballwin, are part of Missouri American Water’s projected $92 million capital investment in water main replacements in the county in 2020. More than 30 miles of water main has already been replaced in St. Louis County this year, including a $1.5 million project along Eddie and Park Road in South County.

The company will continue to abide by all federal, state and local agencies regarding COVID-19 precautions, including social distancing between employees and customers.