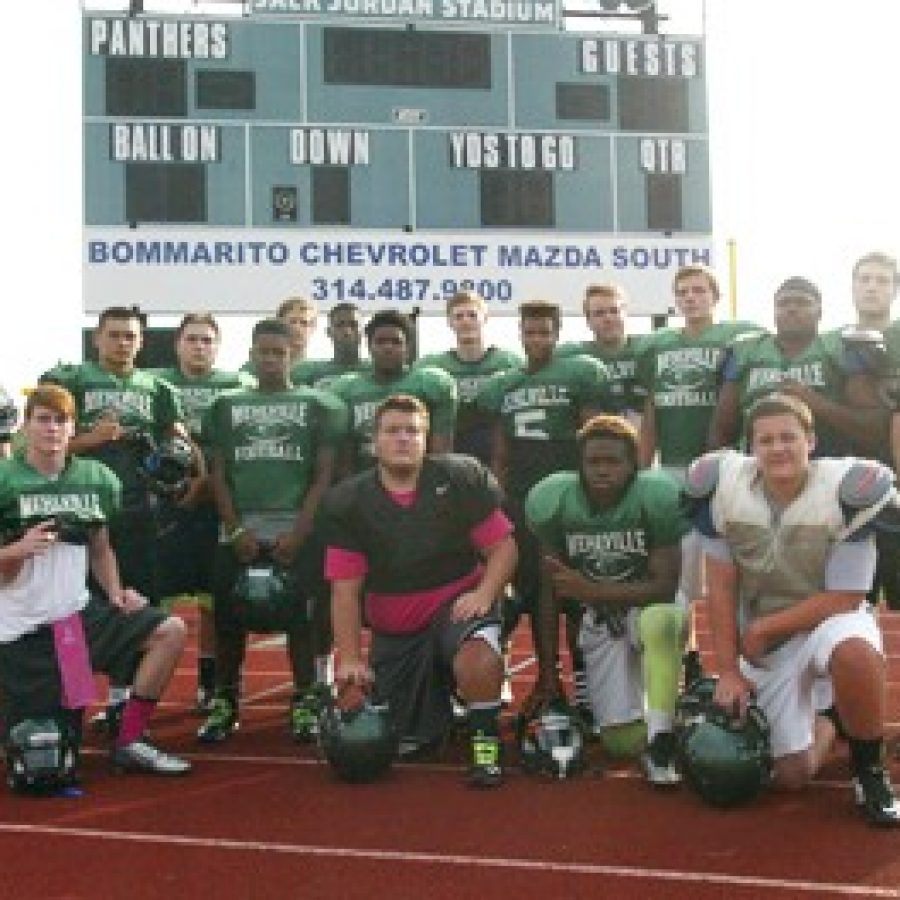 The Mehlville Senior High School team will tackle the Ritenour Huskies Friday night on the road.

The Mehlville Senior High School football team will square off Friday night against the Ritenour Huskies.

Mehlville head coach Kent Heinemann told the Call that there isn’t anything easy about the Huskies.

“They are always athletic. They always have a lot of speed,” he said.

The Panthers haven’t won a game since early last season and are looking to turn things around this season. But Mehlville has a very tough schedule and it’s going to take some extra effort to get here, according to Heinemann.

Against Mehlville last week, Chaminade scored early and scored often, and just stopped the Panthers’ offense before it could get going.

“We couldn’t move the ball at all,” Heinemann said. “They were pretty physical up front. Defensively, we barely had time to throw the ball, and offensively, their offense — they just kind of whupped us up front.”

The one highlight of the night for Mehlville was a kickoff return taken all the way home by Samione Thompson.

Heinemann said his squad’s lack of experience may have been a factor, and he hopes the players got it out of their systems.

“I think we had some guys that played last night that didn’t really have any varsity experience last year,” he said. “ They got their feet wet and hopefully they’re kind of over their jitters. We just got to focus next week.”