Panthers come back to defeat Tigers 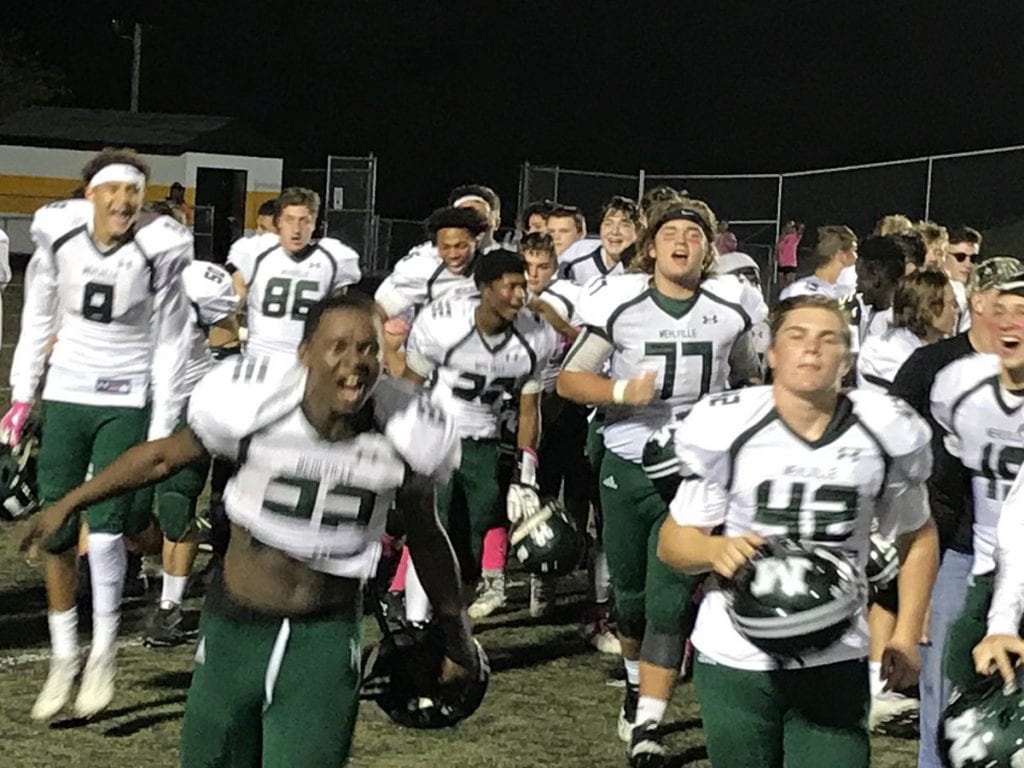 Not unexpectedly, the visiting team upset the home crowd Friday night in the annual high school football showdown between Oakville and Mehlville.
Both teams have struggled this season, but the Panthers visited Tiger country and despite giving up 12 points to open the game, they battled back and silenced the crowd on their way to a 32-25 win, their second of the season.
Mehlville head coach Kent Heinemann said he was pleased with the way his players battled back from the deficit, knowing the woes they have had this season.
“I thought that our kids really battled,” he told the Call. “They went up 12-0 on us. You’re hoping the kids aren’t thinking, ‘Oh, here we go again,’ but they absolutely answered right back.
“They never felt like they were out of the game. We took the lead. They never got comfortable, they kept going. We made some mistakes along the way, but I was just really proud of how our kids competed.”
Oakville’s Gerelle Golden found the end zone in the middle of the second quarter to put Oakville up. On the next series, he snagged a ball out of the air on an interception and scored his second touchdown just 16 seconds later.
But Mehlville answered in short order when Ibrahima Sy scored his first touchdown of three on the night. Joe Stegall and Will McCaine also scored in the second, giving the Panthers an 18-12 lead going into halftime.
The two teams battled neck and neck the rest of the game, but Mehlville never gave back the lead.
Overall, Heinemann said he was pleased with his players’ effort, specifically his defense, which kept the Panthers in the game.
“Defensively, I think both of our linebackers played well — Darian Dobb and Ibrahima Sy, actually he was playing defensive end,” he said. “And our other defensive end, Joe Wilkinson, he played really well. And Sy at fullback, he had three touchdowns and just some tough runs and he played pretty well.”
Mehlville will have a mountain to climb next week as the Panthers open the playoffs against the 8-1 Lindbergh Flyers, a team that beat them handily earlier in the season 59-28.