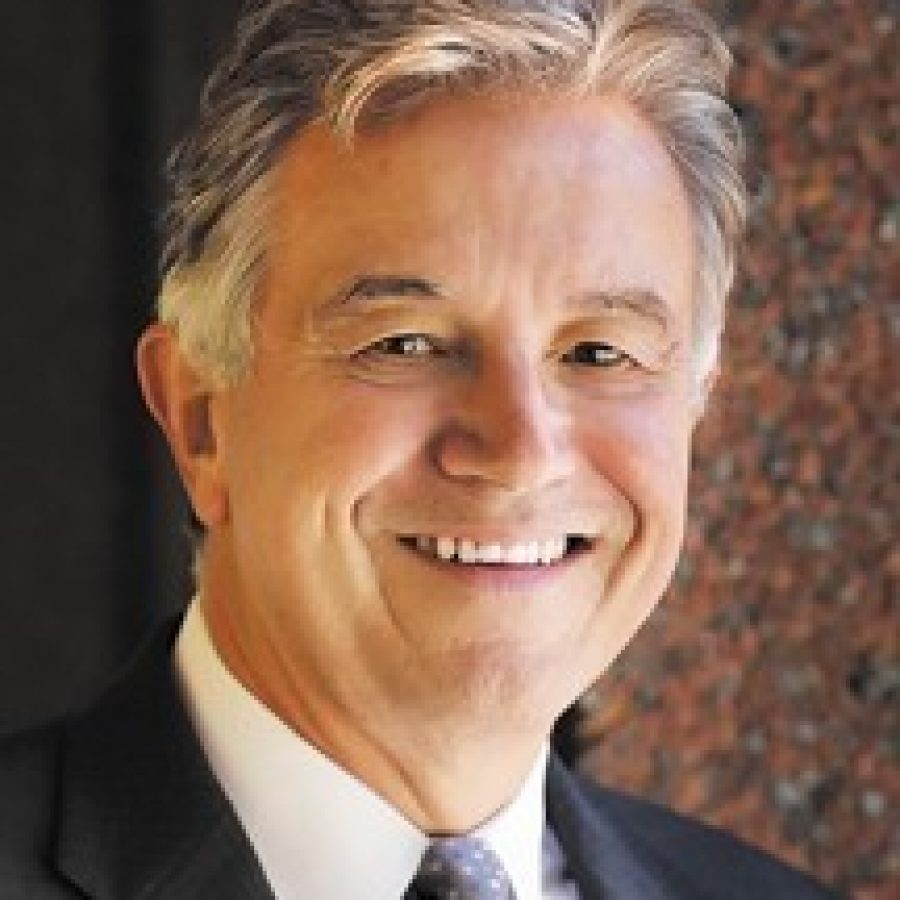 McManus Construction Co. owner Rob McManus is seeking to move his business from 4100 Seibert Ave. in Affton to the former Tee Time property at 4631 Lemay Ferry Road, next to Mattis Road and Interstate 55, that he purchased earlier this year.

The Planning Commission voted 8-0 July 10 to recommend approval of McManus Construction’s amended request to rezone the property from an amusement park to amended C-8 commercial zoning.

The company’s amended request included a revised site plan showing a new roughly 4,000-square-foot salt storage structure and three 3,000-gallon salt brine tanks. The revised request also states 20 to 60 trucks will operate at the site “on any given day of the average 12 snow days per year.”

The Planning Commission previously voted in March to recommend approval of McManus’ request to rezone the 3.2-acre site to an amended C-8 Planned Commercial District for the storage, repair and sales of snow-removal equipment — plows and salt spreaders — and a construction company office.

Neighboring residents and businesses, including the Show-Me Lanes Bowling Center, support McManus’ move to Tee Time. In early May, Trakas introduced legislation to approve the rezoning, but since the County Council perfected the measure May 9, it has been held by the council.

Since then, “much public discussion occurred at the council meetings regarding salt and chemical sales and storage on the property,” states the Planning Commission’s July 10 report, which has been referred to the County Council.

On June 27, McManus provided additional information to county officials, citing “an unintended oversight” for not disclosing he would store salt, salt brine and calcium chloride, plus his plans to use an existing 500-gallon fuel tank on the site.

The additional information in the revised site plan was included “to clarify and show where the onsite salt and deicing chemicals would be stored, to indicate the numbers of trucks entering the site on a typical snow day and the typical business generated by the snow removal establishment.”

After receiving the information, Trakas referred the rezoning request back to the Planning Commission. He told the Call that he believed any previous recommendation by the commission was “suspect” because McManus’ initial application failed to disclose that salt, salt brine and deicing chemicals would be stored at the site.

“There’s no reference to what are clearly significant and extensive uses of the property that are not just relevant — they’re material, significant — and that’s not my words. That’s the Planning Department’s words once they got the idea that that was part of the intended use,” he said. “So this is not about pointing a finger. This is about just saying for whatever reason, the full, intended uses for the property were not disclosed on the application or at the hearing. So necessarily any recommendation flowing from the planning and zoning commission based on those representations is suspect because they couldn’t have considered all of the facts …”

At the July 10 commission meeting, Jacob Trimble of the Department of Planning told members that the department recommended approval of McManus’ rezoning request.

“Of particular concern to this heightened review is the addition of deicing materials to the site; namely salt, salt brine and calcium chloride. The commission notes that all deicing materials will be stored in a covered structure that adheres to St. Louis County Department of Public Works and MSD (Metropolitan St. Louis Sewer District) regulations,” the panel’s report states.

Regarding traffic, the report states that the Missouri Department of Transportation, or MoDOT, “reiterates that it has no concerns regarding the impact of this use on Lemay Ferry Road. MoDOT was given the revised plan. MoDOT notes the traffic impact for the proposed use will not be significant enough to warrant any changes to the current access in place on Lemay Ferry Road …”

In its report, the commission concluded that McManus’ proposed use for the site “is consistent with the surrounding area, does not negatively affect traffic flow and will be required to protect the environment from any saltwater runoff. Conditions have been included that note the storage of deicing materials and the allowed use of the existing fuel tank.

“Additionally, landscaping requirements near I-55 and the Burlington Northern Railroad right of way have been added for screening purposes. With these modifications, the commission again finds the rezoning is reasonable and acceptable at this location.”

Some residents have criticized Trakas for his handling of McManus’ rezoning application, but Trakas said he has treated the proposal the same as any other application that has been submitted during his tenure as councilman.

“Had I approved it initially, the disclosure of the full intended use would have never come out, and so the approval would have proceeded without the intended uses ever being considered by planning and zoning,” he said. “And therefore, the approval is necessarily suspect. So I have no regrets for taking my time to thoroughly look at this, listen to constituent input, both pro and con, and do the appropriate amount of research to find out what the full intended uses were.

“So, had I pursued this as perhaps as my predecessors have and not scrutinized zoning applications, then I’m sure it would have sailed right through like most of them do. That’s pretty much not the way I roll,” Trakas added. “I take a long, hard serious look at every zoning application and always try to meet with the applicant before they even start the process — never had that opportunity here …”

His goal, he said, was to ensure the Planning Commission had all of the information regarding McManus’ proposal to make an informed recommendation.

The commission must have “full disclosure, all of the facts on the table with respect to the proposed use and then make a good-faith decision based on that this use is appropriate or this use with these conditions is appropriate or this use is not appropriate for that area …,” Trakas said, noting, “… The idea that 15 people who live across the street have signed off on him coming there is great. What matters to me is that (the Planning Commission) has full disclosure of all intended uses so that they can determine whether or not all intended uses are appropriate for that site …”