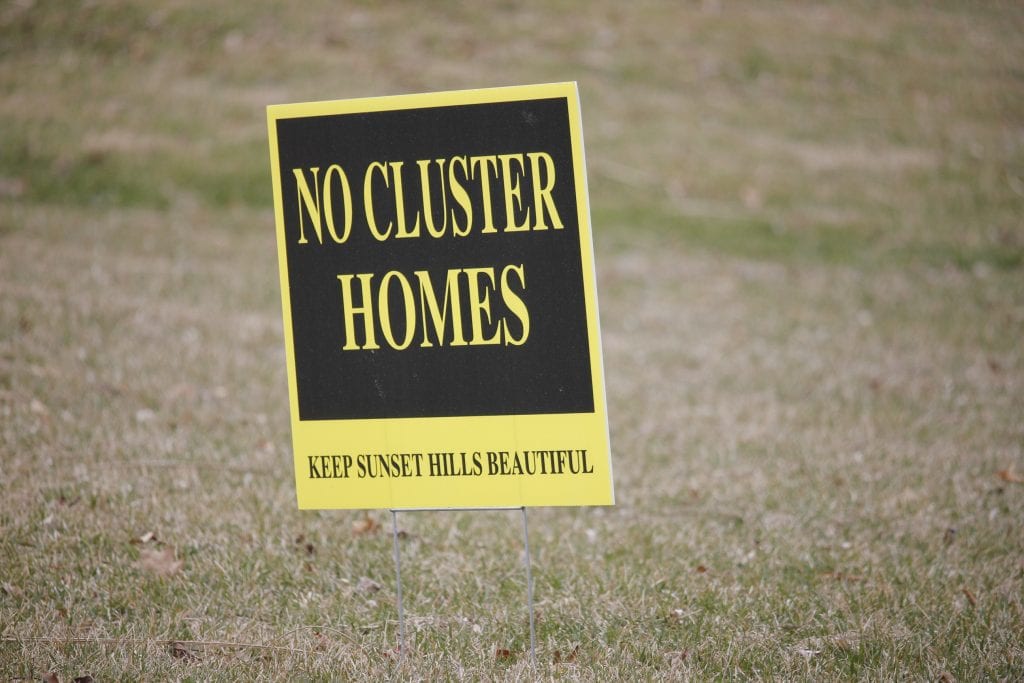 The Sunset Hills Planning and Zoning Commission recommended denial of five ordinances related to the redevelopment of the Gates Manor subdivision July 6.

Gates Manor is 4.85 acres and currently features 11 lots. The proposed new development would see the demolition of all existing structures, with the end result being 21 new lots and four stormwater basins. The five ordinances related to the development include:

• A text amendment decreasing setback requirements in a PD-R

The development would use the existing right of way and street, while also using water and sewer lines as possible. The sidewalks would be removed and replaced to meet county and Americans with Disabilities Act requirements.

Drew Weber, representing the petitioner, explained that the new development would cater to people who don’t want to do a lot of yard maintenance like senior citizens.

“The goal of the design is to appeal to people who want a new good size home but don’t want to take care of outdoor maintenance,” Weber said.

Weber said that if the city lowers the required size for planned developments it would have more say on developments like this one. Weber also said the increase in the amount of homes isn’t as drastic as it seems — Gates Manor would have nine and 10 homes abutting seven to the north and south.

The city did not require a full traffic study for the subdivision, but a traffic engineer did study the project and concluded the subdivision would only increase trips on Denny Road by 1 percent per day.

Commissioners were immediately unhappy with the density of the neighborhood.

The consensus among the commission was that if the developer had stuck to 17 homes, which would have been permitted under R-4 zoning, they would have no issue with the plan.

“Here we go again trying to change zoning to make something fit,” Commissioner Rich Gau said. “You could put 17 lots on that street … they’re trying to squeeze 21. It’s a good concept, I like the idea, I just think it’s a little too dense.”

The meeting also featured two residents who spoke against the subdivision. In a submitted letter, resident Kirby Puckett said the development has “not one positive improvement” for the city, citing parking and lack of space for children to play.

Resident Gary Vincent spoke at the meeting against the project.

“There’s nothing imaginative or innovative about the project. Plain and simple, it is designed to put as many look-alike homes on this parcel as possible,” Vincent said.

Residents have spoken out against cluster homes in the city in the past, citing a potential upheaval of current residents for housing corporations.

The commission voted 0-6 on the approval of each ordinance, essentially recommending denial to the Board of Aldermen. The board was scheduled to meet July 12 — After The Call went to press.