Pair of projects could be game-changer for Affton 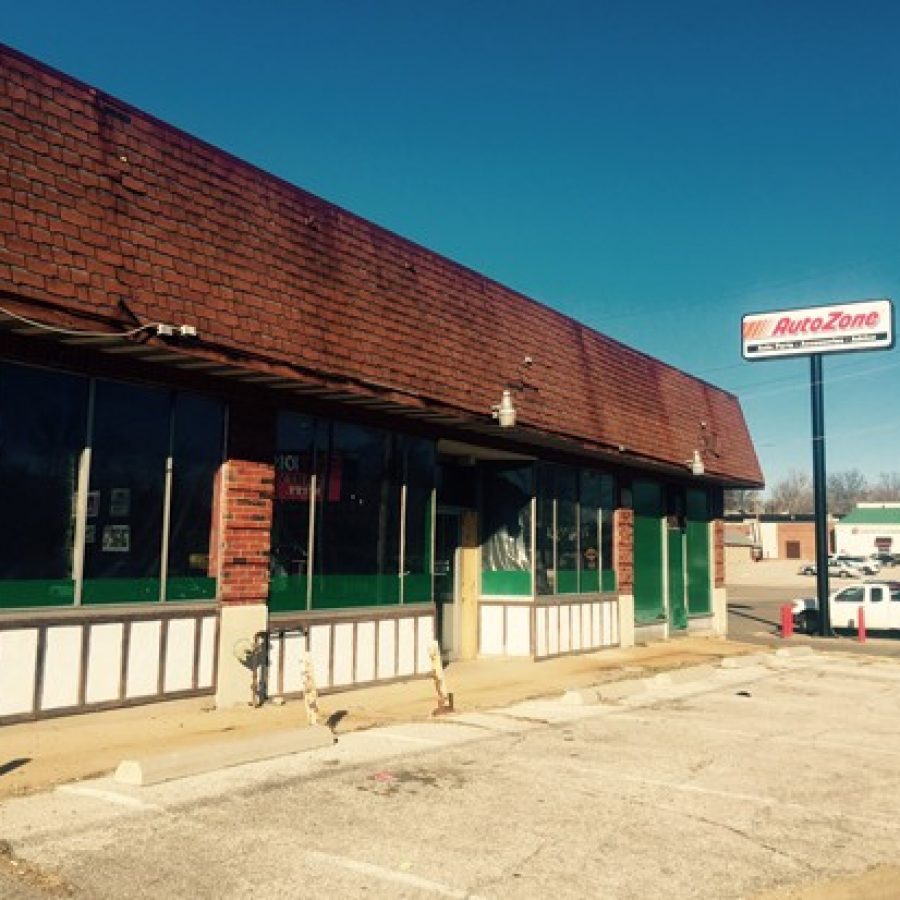 Above, an empty building at Affton Plaza as it looks today.

A pair of pending projects to redesign major aspects of the Gravois Road corridor could be a game-changer for the look and feel of Affton, county officials say.

The County Council is set to weigh a proposal by developer Chapman Ventures for $2.5 million in tax-increment financing, or TIF, to fund a $10 million redevelopment of Affton Plaza following the Affton TIF Commission’s unanimous recommendation Jan. 28 in favor of the project.

Spurred by the plan for Affton Plaza, officials who comprise the board of the East-West Gateway Council of Governments, a regional planning organization, approved a grant Jan. 27 to fund a Great Streets study of the Gravois Road corridor through Affton.

Together, the new and improved Affton Plaza and the Great Streets initiative could revitalize Affton, said Glenn Powers, director of the county Department of Planning and a member of the TIF Commission.

“That should hopefully create a vision for how we can do the commercial corridor,” Powers said. “It’s an older commercial corridor, it hasn’t competed well with newer developments elsewhere, but there are new trends in real estate. And I think there’s an opportunity to revitalize, if we think a little bit differently about what the future might look like.”

In response to an Affton resident who objected that many studies had come and gone with no changes to Gravois, commission Chairman Tom Curran, a senior policy adviser to County Executive Steve Stenger, noted at the TIF hearing that the Great Streets study comes with “real dollars” and has proven successful in other redeveloped areas, including Manchester Road in west county and Grand Avenue in the city.

If the council passes the TIF, construction could start April 1, Chapman said. The entire second phase is only possible if Chapman is able to buy three more bordering houses to add to the six he owns, but he will not use eminent domain and could trim the project if he can’t buy the other houses. The Dairy Queen will not be part of the redevelopment.

In a TIF district, tax receipts for school districts, fire districts and other taxing entities are frozen at existing levels for the length of the TIF — up to 23 years. As land within the TIF district increases in value, the incremental tax revenue — 100 percent of property taxes and 50 percent of sales and utility taxes — is used to retire the TIF obligation.

The developer will pay the redevelopment costs up front and will be reimbursed if the TIF generates enough money to pay him back, Curran noted, adding there is no “magic TIF checkbook” for the developer.

Besides more modern buildings, Chapman would like to see changes at the site including a mixture of national and local tenants, “entryways that make sense,” new sidewalks and landscaping. If the project proceeds, the first step will be to tear down the section of the license office building that houses Printing Unlimited, and might include tearing down the section with the license office.

The county hopes that the money injected into new buildings and facades will revive the area up and down Gravois, Powers said.

The representatives of the other taxing agencies on the TIF panel, Brotherton and Affton Fire Protection District Board of Directors President Terry Bader, say they welcome the project and voted for it. The Affton Chamber of Commerce, Affton Community Improvement Association, representatives from churches and even the Concord-Lemay Republican group spoke in favor of the project, as did most residents. who spoke to the panel — 11 in favor, two against.

“We presented the information to our Board of Education, and we see some benefits in the project as far as the school district is concerned,” Brotherton said.

It was a stark contrast to last week’s public hearing of the Crestwood TIF Commission, which is comprised of many of the same county representatives. The panel is considering a $15 million TIF request for UrbanStreet Group’s $104 million redevelopment proposal for the former Crestwood Plaza mall site. The Crestwood project is publicly opposed by Lindbergh Schools for a variety of reasons.

“We’ve gotten great support from the community, the school district and the fire district,” Chapman noted.

Royale Orleans owner Forrest Miller spoke against the Crestwood TIF at its Feb. 3 public hearing but in favor of the Affton project because, he said, Chapman is presenting county officials with a clear plan that includes his own money and effort.

Many of the residents who spoke for the project said they usually oppose TIFs, but they like Chapman’s vision for this one and what it could do in Affton.

“Affton is a beautiful, secret community — we do need to clean up our entryway,” said Kelly Kipper, who was concerned that local businesses not be left behind in the redevelopment.

Concord-Lemay Republican group member Gene Hutchins noted that his group usually opposes any request for TIF, but they dropped a proposal to oppose it from their meeting agenda after they met with Chapman and learned more about the project, his enthusiasm for it and his own money he’s using to back it.

“I’ve been here 18 years, I’ve seen the demise,” Hutchins said. “We’re naturally opposed to taxes and TIFs, as Republicans, but he’s got skin in the game up front, he’s got to get the job done. That starts this area back up. Yes, he’s got a vested interest in making money, but that’s what capitalism’s all about — and I love him for it.”

Affton Christian Food Pantry Vice President Judy Hantak spoke in favor of the TIF because she passes Affton Plaza every day while going to volunteer, and she’s tired of looking at a declining eyesore.

“Every time I go to the pantry, I have to pass this neighborhood — it’s horrible,” she said. “$1.5 million — it sounds like it’s a lot of money, but it really isn’t for what it’s going to look like.”