Page, Trakas file to run again; both will have three challengers 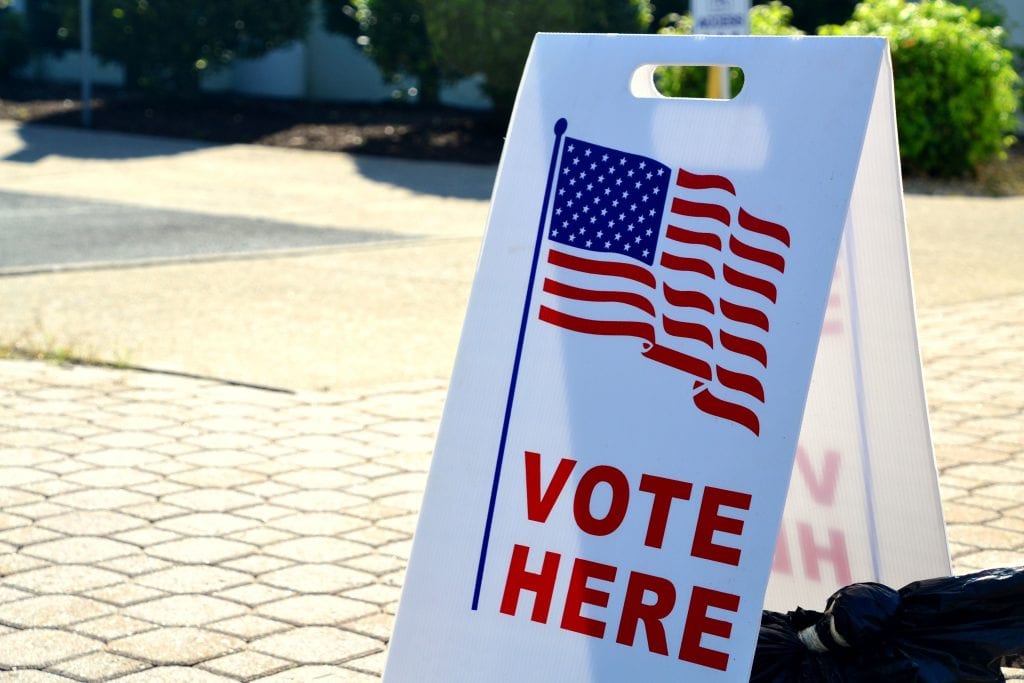 Filing for county, state and federal offices for the Aug. 4 primary began in February and ended Tuesday.

County executive race will be competitive

Page, county Assessor Jake Zimmerman and Ladue businessman Mark Mantovani all filed Feb. 25 for the Democratic nomination for the county executive’s post. The three had previously announced their candidacies, so that was no surprise. Also filing was Jamie Tolliver, bringing the August primary to four Democrats vying for the county’s top job.

Also filing to run on the Republican side were Paul Berry III of Maryland Heights and Ed Golterman of Kirkwood.

Libertarian Theo Brown Sr., who is a perennial candidate for county executive, is also in the running along with Green Party candidate Elizabeth (Betsey) Mitchell.

Also up for election are County Council seats in the 6th District of South County, along with the 2nd District and 4th District.

Incumbent Trakas, R-Oakville, filed for re-election to the seat he won in November 2016, which represents most of South County on the County Council.

Trakas will face three Democratic challengers and has no Republican opposition.

The first to file on the Democratic side hoping to represent South County on the County Council was Rep. Bob Burns, D-Affton, who will be term-limited in the Missouri Legislature. Burns had previously announced his candidacy.

Another Democrat, Alex Lange of Lemay, also filed in February to challenge Trakas.

On the last day, former Mehlville Board of Education President Venki Palamand filed to run for the Democratic nomination.

Oakville resident Palamand’s filing calls back to a previous election for the seat. When the 6th District seat was open following former 6th District Councilman Steve Stenger’s election as county executive in 2014, Palamand had said he would be interested in running in the special election to replace Stenger. But Stenger backed Kevin O’Leary instead, as Palamand bowed out.  O’Leary ultimately won that special election but declined to run again, paving the way for Trakas’ election in November 2016.

Burns, Lange and Palamand will face off in the Democratic primary Aug. 4.

In the 1st District that represents most of South County, Sen. Scott Sifton, D-Affton, is term-limited and cannot run again.

Rep. Doug Beck, an Affton Democrat like Sifton, was the only candidate to file for the seat on the Democratic side.

In the 15th District that represents Sunset Hills in the Senate, incumbent Sen. Andrew Koenig, R-Manchester, filed to run for re-election. He was first elected in 2016.

Filing to run against Koenig was Rep. Deb Lavender, D-Kirkwood.

Koenig and Lavender were both unopposed in their primaries and will face each other in the November general election.

Of the South County incumbents, Unsicker, Murphy, O’Donnell, Gregory and Coleman have filed for re-election.

Unsicker, of Shrewsbury, is unopposed in the 91st District, where she represents Crestwood, Webster Groves and Shrewsbury. She has no Republican challenger.

With Beck’s departure in the 92nd District, one Republican and one Democrat are aiming to replace him. Concord Township Republican Committeeman Bill Heisse, who challenged Beck in the 2018 election, is running again. Lakeshire resident Michael Burton is running for the seat as a Democrat. He is most well-known for leading the activism at the council around Tower Tee.

To succeed the term-limited Burns in the 93rd District, Democrat Bridget Walsh Moore of Affton and Republican Gabriel Jones of Affton will face each other in the general election.

In the 94th District, it will be a rematch of the 2018 race. Rep. Jim Murphy of Oakville, a Republican who narrowly edged his opponent in that race, will once again face Mehlville Board of Education member Jean Pretto of Oakville, a Democrat.

O’Donnell, a Republican of Oakville, was first elected in 2018 and will run again with one challenger this time. He will face Democratic candidate Ann Zimpfer of Oakville.

Along with Gregory, also filing in District 96 was Democrat Erica Hoffman. No one else filed, so they will also have a rematch this November of their 2018 race.

In the 97th District that spans Jefferson County and parts of South County, Republican incumbent Mary Elizabeth Coleman is unopposed.

Filing to run against her as a Democrat was Sen. Jill Schupp. Martin Schulte of Ballwin also filed as a Libertarian.

Incumbent U.S. Rep. Lacy Clay filed to run again and will be opposed by his opponent two years ago, Cori Bush of Northwoods, along with Katherine (Kat) Bruckner of St. Louis on the Democratic side.

Filing in other parties were Rik Combs of Lohman, Libertarian, and Jerome Howard Bauer of St. Louis, Green Party.

Incumbent Lt. Gov. Mike Kehoe, who was appointed to the seat when Parson was elevated to governor following the resignation of Gov. Eric Greitens, filed for election. He will face three GOP challengers: Arnie C. “AC” Dienoff of O’Fallon, Aaron T. Wisdom of Williamsburg and Mike Carter of St. Charles.

Incumbent Scott Fitzpatrick of Cassville filed to run as a Republican, along with former Rep. Vicki Lorenz Englund of Sunset Hills, who filed as a Democrat. Nick Kasoff of Ferguson filed as a Libertarian, and Joseph Civettini of St. Louis filed for the Green Party.

Representing the Democrats, Gregory Upchurch of St. Charles and Alissia Canady of Kansas City will face each other in August.

Also filing were Bill Slantz of St. Charles as a Libertarian and Kelley Dragoo of Kansas City for the Green Party.

Incumbent Attorney General Eric Schmitt filed for election. He took over the position when Attorney General Josh Hawley was elected to the U.S. Senate in 2018, after serving as state treasurer.

Schmitt, of Kirkwood, faces no opposition for the position from the GOP. Democrats Rich Finneran and Elad Gross of St. Louis filed to challenge him. Libertarian Kevin Babcock of St. Louis also filed.

For secretary of state, incumbent Jay Ashcroft filed for re-election. He will face Democrat Yinka Faleti of St. Louis, Libertarian Carl Herman Freese of Foristell, the Green Party’s Paul Lehmann of Fayette and the Constitution Party’s Paul Venable of Moberly.

In the 2nd District, where Dunaway just won in a special election in August, she will have a Democratic challenger in former Creve Coeur Mayor Barry Glantz.

The winner of the 2nd District Democratic primary will face Republican Jerry Bowen of Hazelwood, who filed on the last day.

The Libertarian running for the seat is Arnold J. Trembley.

In the 4th District, Gray will have two opponents for the Democratic primary. Hazelwood Board of Education President Mark Behlmann, also of Florissant, filed early to run against her, and Shalonda Webb of Florissant filed on the last day.

Filing on the Republican side was Curtis Faulkner. Libertarian Eric S. Harris will also compete in the race.

In Concord Township, incumbent Republican Committeeman Heisse of Affton, who replaced former Committeeman Tony Pousosa when he moved out of the township, filed to serve again with no opposition.

For the same seat on the Democratic side, Otto Schoenberg III filed for Concord Democratic committeeman.

For Concord committeewoman, current Republican Committeewoman Casilda (Chris) Struckhoff of Concord filed again. On the Democratic side, Marilyn Beck of Affton, who is the legislative assistant to Dunaway and wife of Rep. Doug Beck, filed for committeewoman. Neither of the two committeewomen have any opposition.

In Gravois Township, Russell Dahmer of Grantwood Village filed to serve as the Republican committeeman.  Steve Reed of Sunset Hills filed to run as the Democratic committeeman. Neither have any opposition in their seats.

In the Lemay Township, no one filed for Republican committeeman. Mike Owen of Lemay filed to serve as the Democratic committeeman, without any opposition.

For committeewoman, incumbent Celeste Witzel — who is married to Kurt Witzel — filed to run again with no opposition.

Former Rep. Joan Barry filed early to serve as the Oakville Township Democratic committeewoman, with no opposition either. She also currently holds the position and serves on the St. Louis County Library Board of Directors.

Former Mehlville Board of Education member Matt Chellis of Concord filed to serve as the Tesson Ferry Township Republican committeeman. The office is currently held by longtime Committeeman John Judd. Chellis has no opposition.

For the Democrats, Thomas Madden of Concord filed as committeeman in Tesson Ferry.

Incumbent Republican Committeeman Christine Hessel of Concord also filed to serve again as the Tesson Ferry committeewoman, with no one opposed.

Laura Metz of Concord filed to serve as Tesson Ferry Democratic committeewoman, with no one opposed.

Gray filed for Ferguson Township committeewoman on the Democratic side, challenged by Teona McGhaw Boure’ for the position.

Councilman Tim Fitch, R-Fenton, filed to serve as the Republican Meramec Township committeeman, a position he held before he was elected to the council. He is unopposed.

So far, one of the few contested committee races countywide will happen in the race for Norwood Township Democratic committeeman.

So far, former Berkeley Mayor Theodore “Ted” Hoskins, Elbert Walton Jr. and Terry Wilson have all filed for that office.