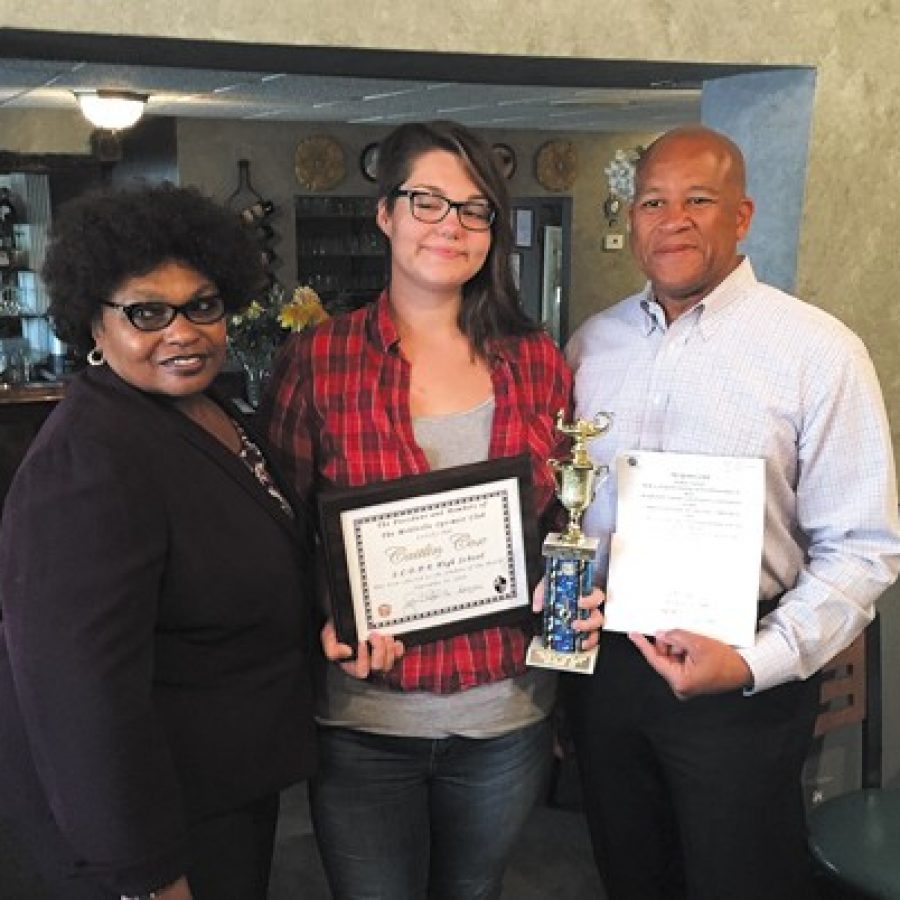 The Mehlville Optimist Club recently honored Caitlin Cox of South County Opportunity for the Purpose of Education, or SCOPE, as its Student of the Month. Caitlin was accompanied by family members and SCOPE Principal Pollie Richardson, who shared Caitlin’s many positive attributes, including her academic accomplishments. Caitlin is pictured with Richardson and John Roland, Optimist Student of the Month chairman. 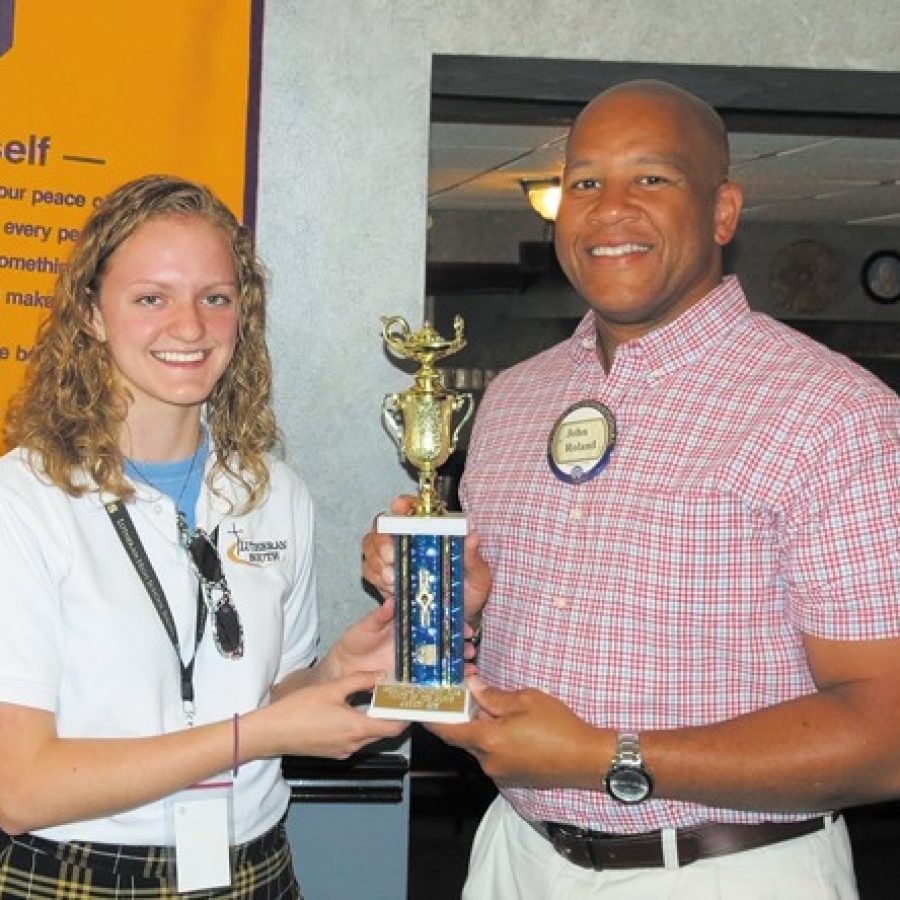 The Mehlville Optimist Club recently honored Noelle McCord of Lutheran High School South as its Student of the Month.

She is actively involved in Future Professionals in Medicine, Mentors and Mentees, Student Ambassadors, Student Council, the National Honor Society and is a Kairos Leader. Noelle played trombone in the Wind Symphony for four years and has received several awards for her superior performances.

Last summer, she went on a mission trip to Puerto Rico. She plans to attend Valparaiso University and major in nursing and music. Noelle, daughter of Carrol and Kelly McCord, is pictured with John Roland, Optimist Student of the Month chairman. 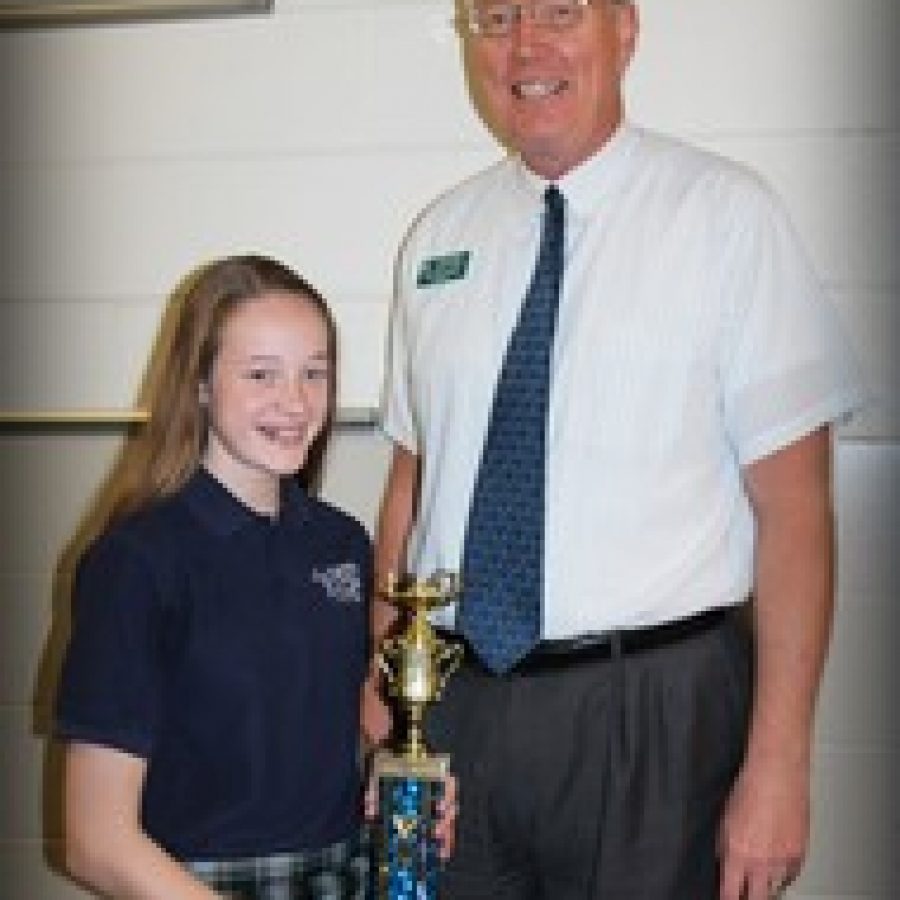 The Mehlville Optimist Club recently honored Green Park Lutheran School eighth-grader Emma Hopfer as its Student of the Month. This honor is awarded to students who show strong moral and civic character, excel academically and actively participate in extracurricular school activities. Emma plays the oboe in the select Junior Winds band and is an excellent student. She also was a member of the state champion seventh- and eighth-grade volleyball team. Emma, left, along with her parents and middle school math teacher Wayne Hesse, right, received her award during at a special recognition breakfast at the Holiday Inn at Interstate 55.