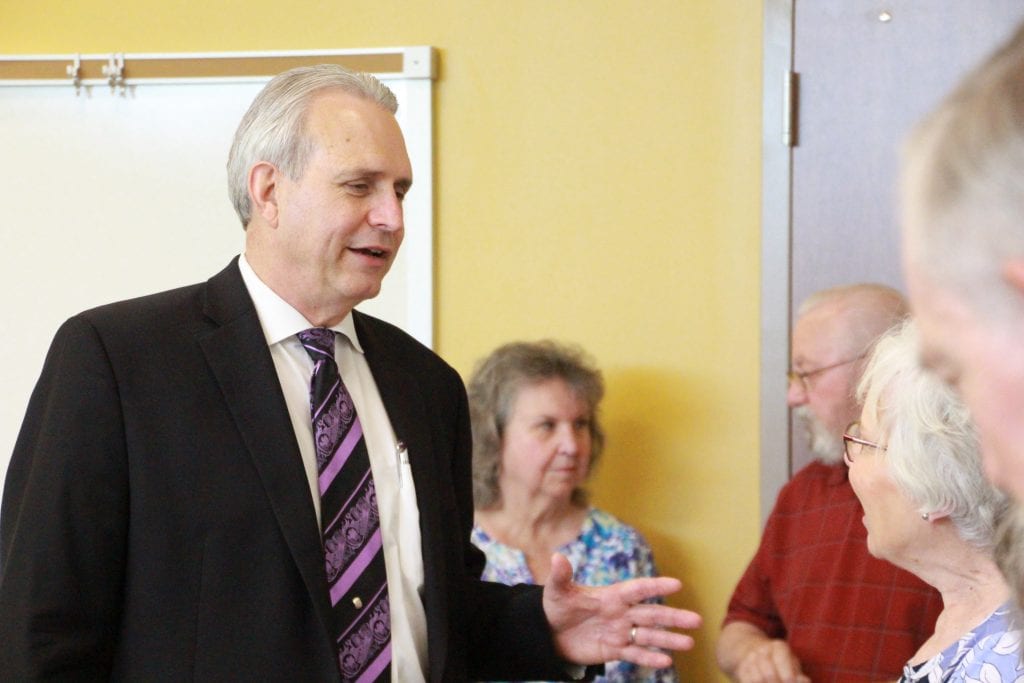 Lindbergh Schools invited the community to attend a May 17 open house honoring Superintendent Jim Simpson, who retired at the end of this school year. Lindbergh teachers, staff, parents, students and community members were welcome to stop by at Lindbergh Schools Central Office. The event featured a special performance by the Lindbergh High School Strolling Strings, with a guest appearance by Simpson.

During Dr. Simpson’s 10 years of service, his focus on 21st century learning helped Lindbergh become a statewide leader in the effective use of classroom technology, preparing students to be successful in a global society, according to a district news release. In addition, Lindbergh Schools has experienced surging K-12 enrollment growth in its classrooms, and suburban renewal in the nine communities that the school district serves. These positive trends result from many factors, including strong leadership, excellent teachers, strong family and community support, and dedicated students. Under Simpson’s leadership, Lindbergh Schools led Missouri with the No. 1 K-12 academic achievement in the state for five consecutive years, and six Lindbergh Schools earned the nation’s highest honor as National Blue Ribbon Schools of Excellence.

Simpson retires at the end of this school year, ending a successful career of more than 30 years in Missouri public education. He and his wife, Carol Ann, plan to continue living in their current home in Crestwood and actively contributing to the local community and Lindbergh family.