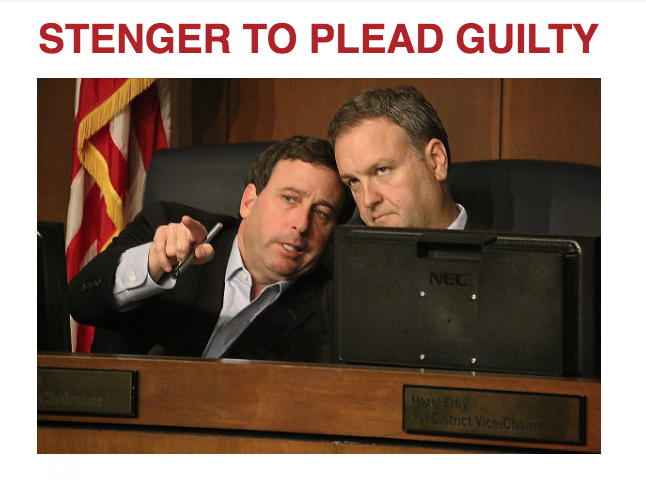 This was sent out as an e-newsletter breaking news bulletin to The Call’s list of OnCall email newsletter subscribers. To join this exclusive group and get the perks of seeing the news first in your inbox, sign up here. And did we mention it’s FREE?!

Stenger pleaded not guilty Monday (go inside the courtroom with our reporting team), but notably never publicly said he was innocent of the charges since a federal subpoena was revealed five weeks ago.

New County Executive Sam Page — the former County Council chairman who sued and sparred with Stenger every step of the way over the last two years — was selected as Stenger’s successor in a contentious vote Monday night, with many audience members wondering why the County Council acted so quickly and why they didn’t instead choose the longest-serving council member, 1st District Councilwoman Hazel Erby, D-University City.

Visit our website at callnewspapers.com for full coverage of the Stenger case and everything leading up to it.