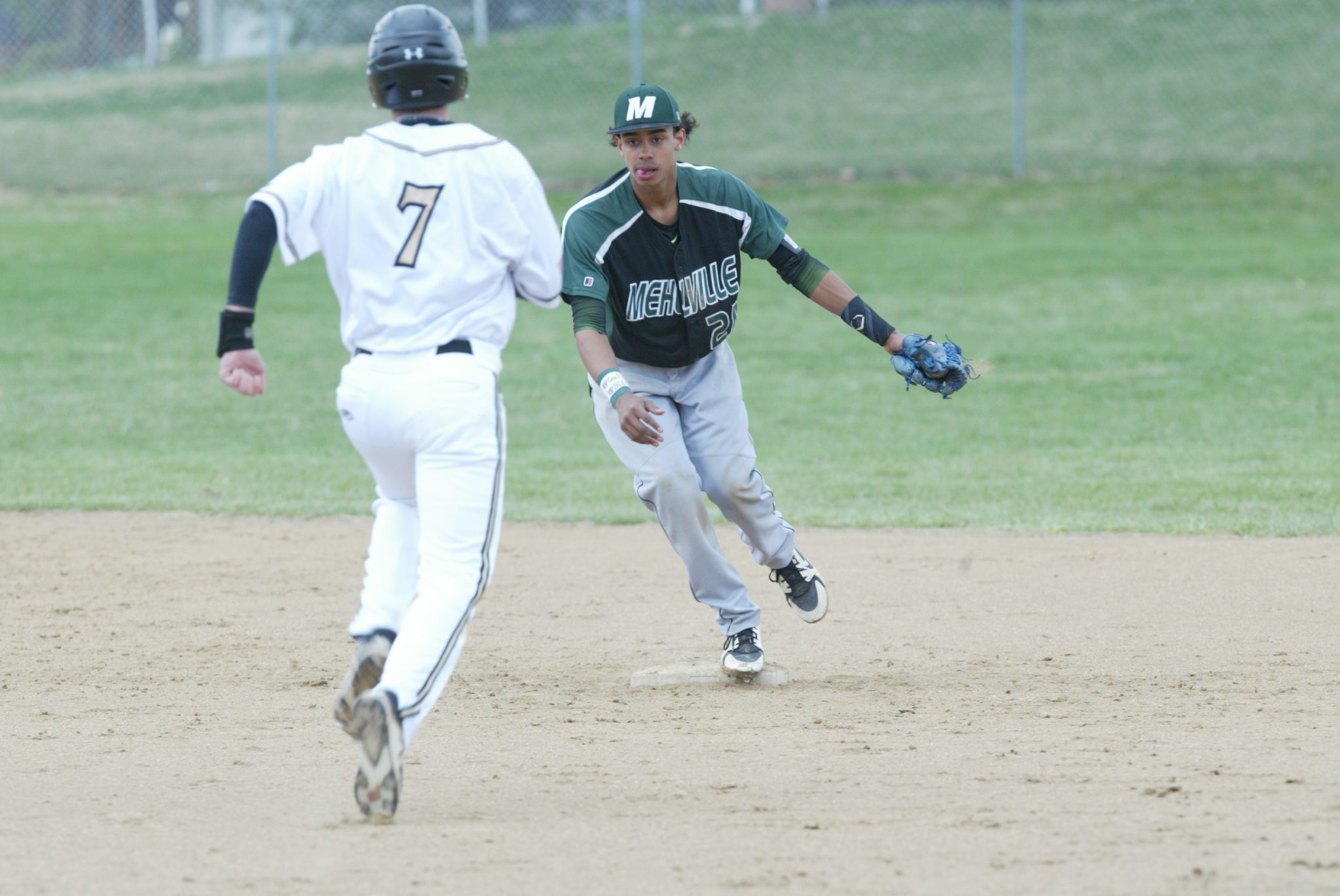 Pictured above: Mehlville shortstop Christian Harvey forces Oakville runner Joey Giunta at second base in the early innings of a 5-0 Oakville win against Mehlville earlier this season. Photo by Bill Milligan.

After losing four of its last five games, the Mehlville High Panthers baseball team was on the prowl for a win against Hazelwood Central last week.

Mehlville starting pitcher Christian Harvey was unstoppable on the mound as he limited the Hawks to just one run on one hit while striking out 12 and walking just two. The junior hurler is currently 3-1 overall with a 0.40 ERA.

“We had a great pitching performance from Christian, as he was able to put us in the driver’s seat the entire game,” Ode said. “He dominated from start to finish.”

The Panthers also received a solid performance at the plate from Ian Argent, who was 3-3 at the plate with three RBIs against Hazelwood Central. The sophomore designated hitter/second baseman is currently batting .304 with four RBIs this season.

“Ian’s been called into duty because we’ve had some injuries with other players and has been batting in the nine hole,” Ode said. “Our nine hole has been 9 for 12 in our last four games.”

Senior shortstop and starting pitcher Zach Moore was also productive at the plate with a two-hit showing that also included two RBIs.

“Zach’s been struggling at the plate but he’s been hitting the ball really hard, just right at people,” Ode said. “He’s our No. 3 or 4 guy every day and we were really happy that he had a good day for us.”

Mehlville is back on the diamond this Thursday, April 11, as the Panthers host Seckman (7-5).