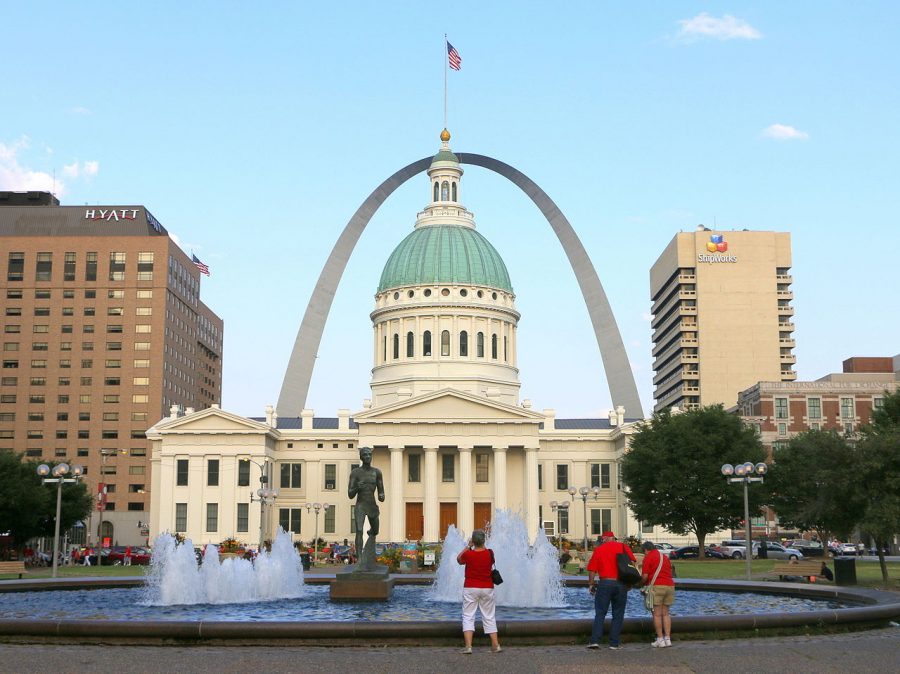 The renovations are part of the final component of the $380 million CityArchRiver project, which has resulted in the revitalization of the Gateway Arch park grounds, Arch Visitor Center, Museum at the Gateway Arch, St. Louis riverfront by the Arch, Luther Ely Smith Square and Kiener Plaza. The project is funded by a sales tax on city and county taxpayers and private donors.

The CityArchRiver project is the largest public-private partnership in the history of the National Park Service.

“It is our responsibility to conserve and improve Gateway Arch National Park and share its significance with current and future generations,” said Mike Ward, superintendent of Gateway Arch National Park, in the announcement. “We are eager to embark on this project that will bring new ways for visitors to connect with the Old Courthouse and learn about the significant moments in American history and struggles for justice and freedom that occurred in this historic building.”

The Old Courthouse has served as the backdrop for some of America’s pivotal early legal cases when it served as the courthouse for St. Louis County, which before the 1870s included the city of St. Louis: It was where Dred and Harriet Scott sued for freedom, beginning in 1846, and where the case’s lower court trials were heard in 1847 and 1850. While the Scotts’ case looms large in the history of the Old Courthouse, St. Louis Circuit Court records show that more than 300 other “freedom suits” were filed there by 1860.

In another famous civil rights case, Virginia Minor sued for her, and by extension all women’s, right to vote in the 1870s.

A project jointly funded by the National Park Service and Gateway Arch Park Foundation, this will be only the second significant renovation to the Old Courthouse since it was built between 1839 and 1862, when the original building was expanded.

The renovations include the installation of an elevator for greater accessibility within the building, in conjunction with new accessible ramps that were previously installed at both entrances to the building during phase one of the CityArchRiver courthouse renovations.

Structural updates, which will help revitalize and maintain the building’s integrity, include a new heating, ventilation and air conditioning system; renovated ceilings and flooring; a new fire suppression system; and general restoration and improvements.

Exhibits will include:
• Northeast Gallery: Dred and Harriet Scott – Focuses on the family’s fight for freedom, which began in the Old Courthouse, and how the legal and political environment at the time culminated in the
infamous U.S. Supreme Court decision ruling that the Scotts were slaves. The exhibit gallery also reflects on the legacy and relevancy of their case today.
• Northwest Gallery: Pathways to Freedom – Explores African American life in St. Louis: slavery, the tortured legacy of enslaved individuals seeking freedom, post-Civil War civil rights and more.
• Southeast Gallery: Designed for Justice – Highlights the architectural features of the courthouse and the spirit of innovation of architects, designers, builders and craftsmen.
• Southwest Gallery: See You in Court – Focuses on the importance of courts in our society, our legal structure, and the daily activities in the courthouse from 1839 to 1930. Visitors will be able to
experience an 1850s courtroom and reenact mock trials that will further their understanding of
how our court system allows us to settle disputes peacefully and provide a framework for how our
society functions.

“The Old Courthouse is an architectural masterpiece that is important to the history of both St. Louis and our country,” said Ryan McClure, executive director of Gateway Arch Park Foundation, which is jointly funding and leading the project with NPS. “These renovations will maintain the structure’s historical integrity, make necessary updates that will enhance the visitor experience, tell the stories of what happened in and around the building, and ensure the Old Courthouse remains a vital piece of Gateway Arch National Park for years to come.”

Private funding for the project is provided through Gateway Arch Park Foundation by generous donors to the CityArchRiver capital campaign that concluded in 2015.

Although the Old Courthouse is currently closed due to the COVID-19 pandemic, construction will begin in late 2021 and is projected to last roughly two years. National Park Service programming traditionally held in the Old Courthouse, including mock trials and naturalization ceremonies, will temporarily move to the Gateway Arch when possible.

For news and updates on the renovation project, visit ArchPark.org.

The Gateway Arch and the Old Courthouse are part of Gateway Arch National Park, located on the riverfront in downtown St. Louis. The Gateway Arch features the Tram Ride to the Top, the Museum at the Gateway Arch, the documentary film Monument to the Dream, The Arch Store and The Arch Café. It is open daily from 9 a.m. to 6 p.m.

Due to the pandemic, the Old Courthouse is currently closed. The park is closed on Thanksgiving, Christmas Day and New Year’s Day. Most programs are free of charge and open to the public. Programs and events at the park are made possible by the generous support from the Jefferson National Parks Association, and Bi-State Development. For Arch tickets, go online to gatewayarch.com, call 877-982-1410 or visit the ticket counter in the Arch Visitor Center.

The Gateway Arch Park Foundation is a nonprofit organization with a mission to ensure that the Gateway Arch, its grounds, neighboring public space and attractions are a “vital, active, welcoming, well-supported resource to the community and nation for generations to come.” The foundation is part of an alliance that helps meet this mission, which includes the National Park Service, Bi-State Development, Great Rivers Greenway, Jefferson National Parks Association and the city of St. Louis.