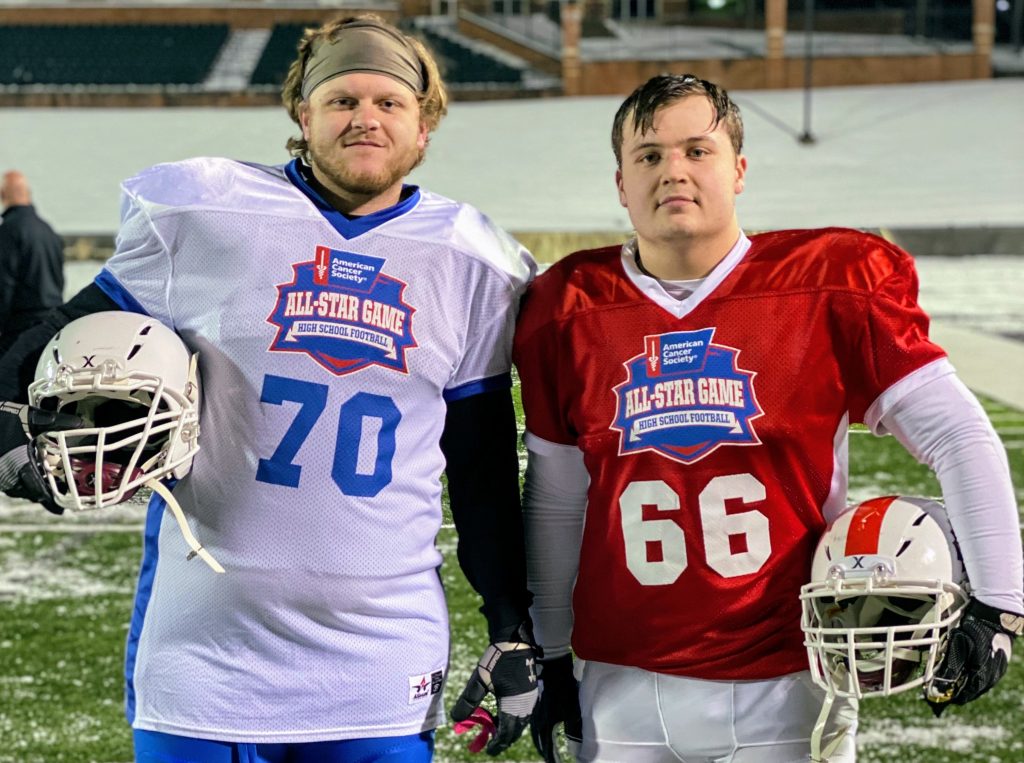 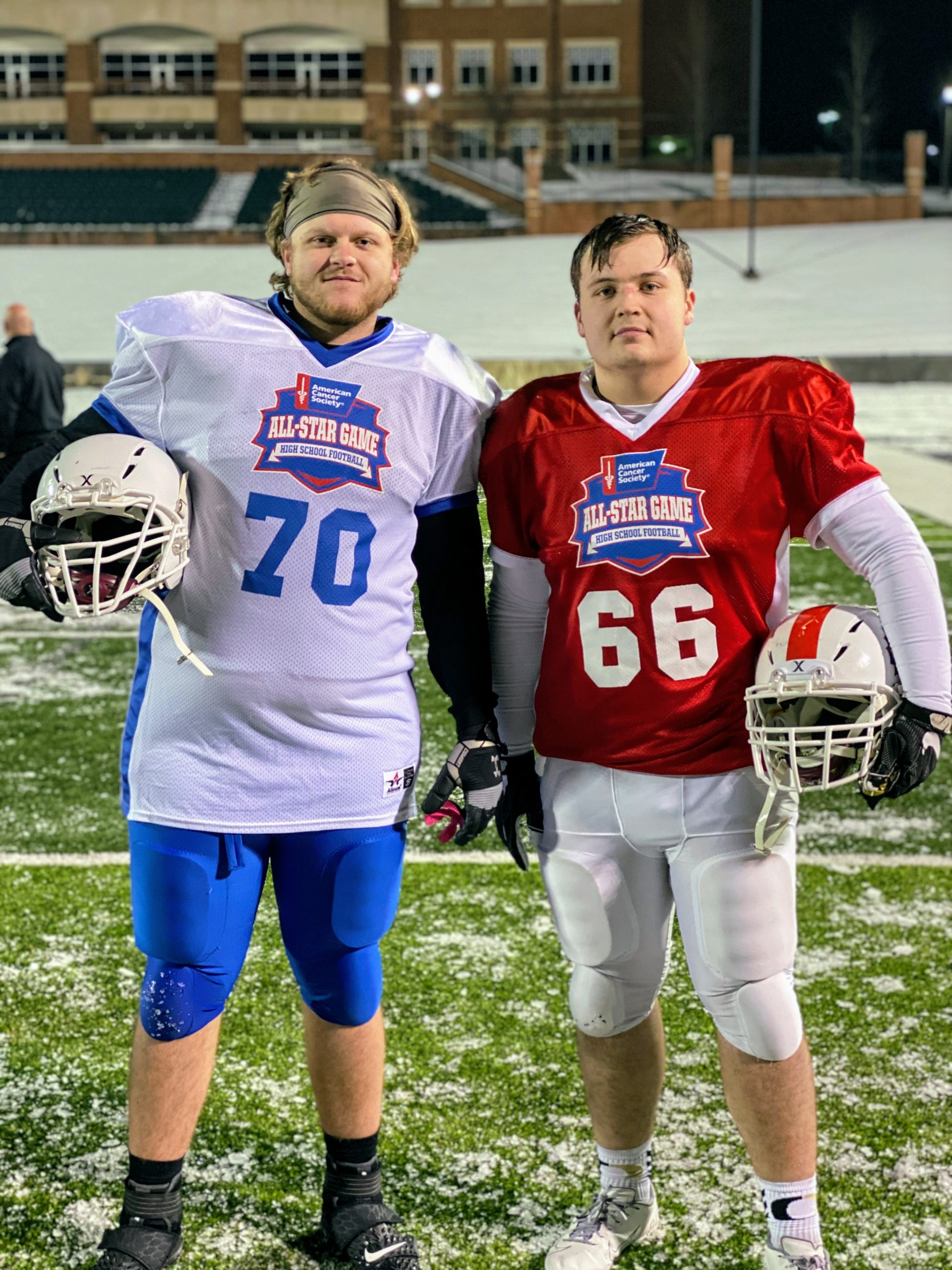 Two Oakville High School football players were chosen for the American Cancer Society’s inaugural All-Star High School Football game Dec. 20 at Lindenwood University. This was a historic game, as a high-school all-star game had not been played in St. Louis in 53 years. Matthew Rouse, No. 70 above left, and Cameron Geraci, No. 66, were among 76 senior football standouts from 31 area teams invited to play. Former St. Louis Blues national anthem singer Charles Glenn sang the anthem. The players and coaches collected donations prior to the game that were added to the $10 donation collected at the door to benefit the American Cancer Society and its fight against cancer.