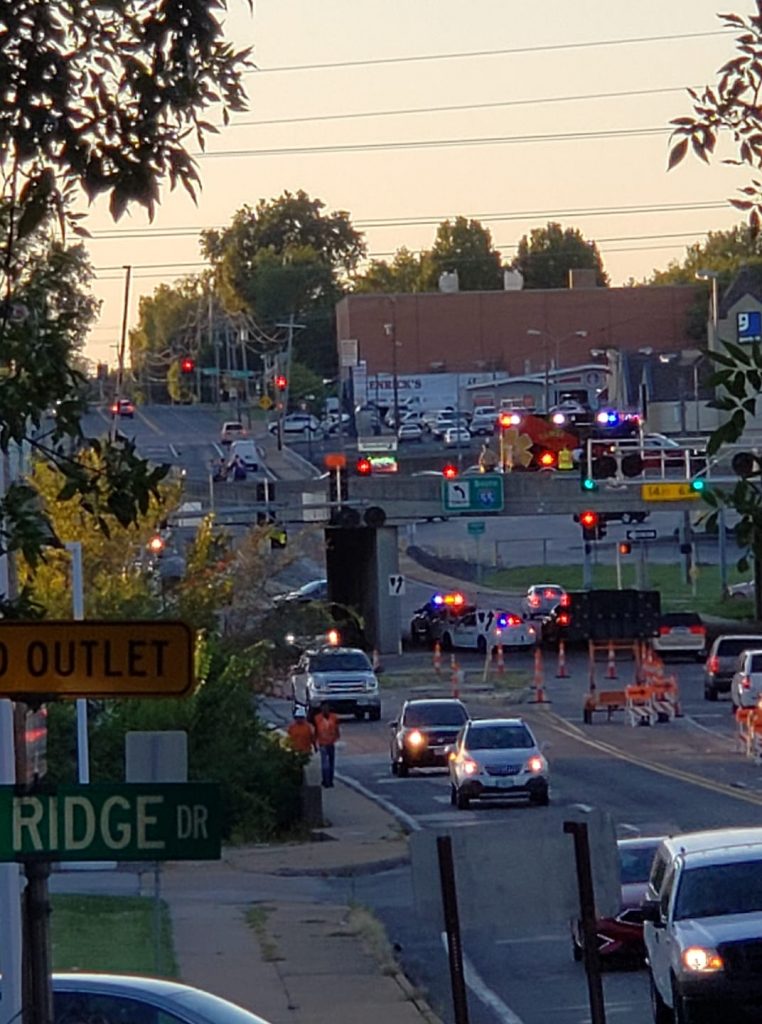 The scene at Interstate 55 and Bayless, as captured by Chris Harper.

A St. Louis County police officer was injured Monday after a wellness call for a citizen at Interstate 55 and Bayless led to a struggle between the citizen and officers.

The St. Louis County Police Department received a call to check the welfare of a person in South County at 6 p.m. Monday.

“My assumption, based upon what I was told, is that the individual is being treated for mental health issues,” a police spokeswoman said in an email.

The person struggled with the responding police officer, with witnesses reporting on Only in Lemay and other Facebook groups that some cars of passersby stopped to try to help the officer or called 911 to get her help.

A heavy police presence responded to the scene to back up the original officer, and the original responding officer was treated for a shoulder injury.

The subject of the wellness check was taken to a local hospital for unknown reasons, but possibly the mental health issues, police said.

At some point, the officers ended up with the person at Loughborough and Interstate 55, but it’s not clear how that happened, a spokeswoman said.