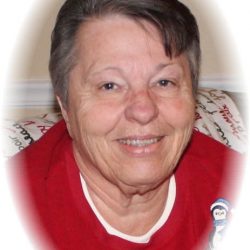 Janet was born July 20, 1945 in Pinckneyville, Illinois, the daughter of Kenneth Maurice and Dolores F. (Williams) Terry, Sr. She married Michael L. Young in 1973, and he survives.

Janet was of the Baptist faith and enjoyed antiquing, horse racing and especially the St. Louis Cardinals. Most importantly, she loved spending time with her grandchildren.

She is preceded in death by her grandparents, Roy and Marcella Terry; father, Kenneth Maurice Terry, Sr.; and one brother, Kenneth “Butch” Terry.

Private funeral services will be held at Pyatt Funeral Home in Pinckneyville with Brother Rob Mathis officiating. Interment will be in Mueller Hill Cemetery in Pinckneyville.

Memorial donations may be made to the donor’s choice.

For more information or to sign an online guest register, please visit www.pyattfuneralhome.com.