OAR dips into the mainstream on new CD 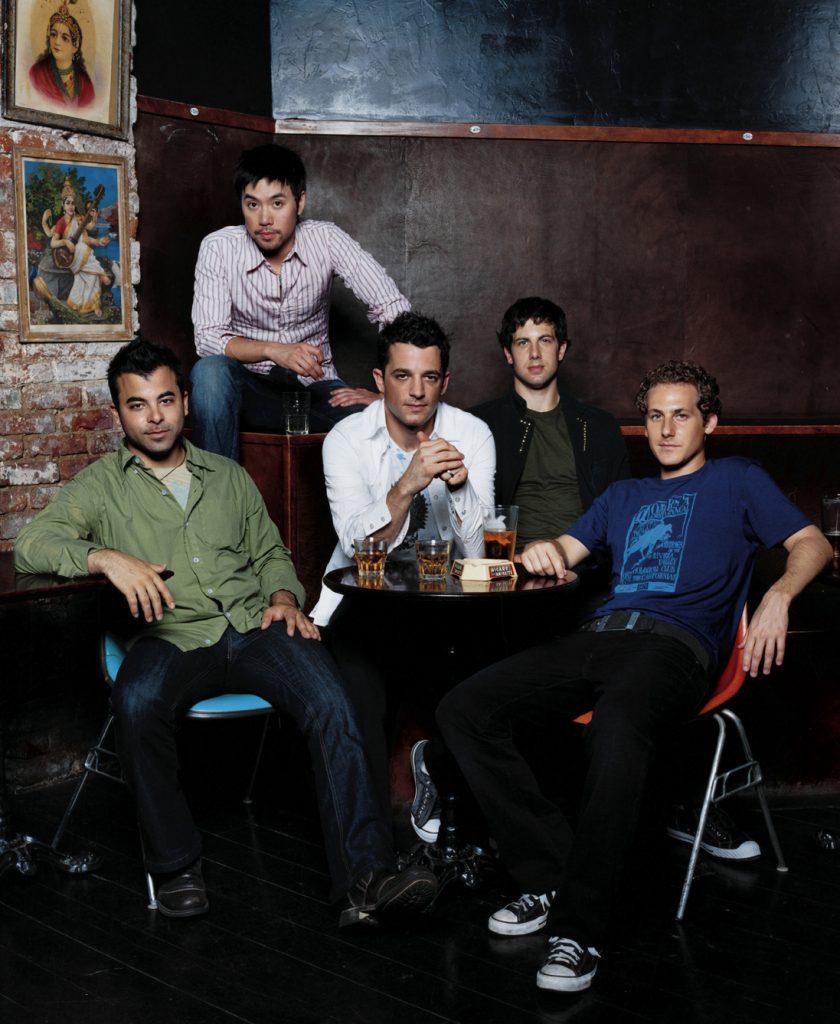 Members of OAR have been feeling a little Rodney Dangerfield lately — thinking too many people dismiss their group as just another jam band, a label that essentially suggests the group’s songwriting chops aren’t nearly as developed as its playing abilities.

OAR saxophone player Jerry DePizzo said his group doesn’t expect its newly released fifth studio CD, “Stories of a Stranger,” to transform OAR into another Beatles — the rare group that was hugely popular with both critics and the mainstream music audience. But the group doesn’t want to be just another Phish in the jam-band sea, either.

To that end, OAR — short for Of A Revolution — made some major changes in how it approached the process of making a studio CD. The band changed producers, hiring former Talking Heads guitarist/keyboardist Jerry Harrison in place of John Alagia, who had produced the group’s two most recent studio records and mixed a live release, “Any Time Now.” The group’s songwriters, guitarist/singer Marc Roberge and guitarist Richard On, also collaborated with such hitmaking outside songwriters as Glen Ballard — known for his work with Alanis Morissette and Dave Matthews — Jeff Trott and Peter Zizzo.

Given OAR’s history as a do-it-yourself band, the outside songwriting help is an especially notable departure. Formed in 1997 in Rockville, Md., original members Roberge, On, bassist Benj Gershman and drummer Chris Culos self-released their first CD, “The Wanderer,” before they started college. DePizzo came on board in time for the recording of the 1998 CD, “Souls Aflame,” which also was self-released.

But after releasing the 2001 studio CD, “Risen,” and “Any Time Now,” OAR signed with Atlantic-affiliated Lava Records, ending its days as a do-it-yourself operation. The group’s first studio effort on Lava, “In Between Now and Then,” arrived in 2003. In making “Stories of a Stranger,” DePizzo said OAR was determined to take its music to a new level.

Using outside songwriters such as Ballard was a key step in that process.

“It was something that we were very reluctant to do at first,” DePizzo said of the songwriting collaborations. “That was something we approached very cautiously. There was just some stuff, some songs came together very easy and just made a lot of sense, and other stuff that we had done, there was just something missing. There (were some songs) we had toiled over for hours and days and sometimes months, over getting the songs to come out the right way. And we had kind of reached our wit’s end on some of these songs.”

The improved songcraft will be apparent, DePizzo said, noting that he believes the new CD has several songs that could be radio hits.

“There are songs on this record that we’ve written with that (radio play) in mind,” he said. “I don’t think there’s anything wrong with that at all. I’m very proud of these songs, and we challenged ourselves to be OAR in a way that could reach a broader audience that could work with radio. It’s not completely changing who we are. It’s focusing the songwriting in that direction for the record.”

“There’s definitely variety on this record. There’s definitely some island-vibe roots rock, there’s some reggae-influenced music (like) we’ve done in the past,” DePizzo said, adding that the group drew from influences such as Pearl Jam, Elvis Costello and the Police in bringing new facets into the OAR sound.

Fans who see OAR on tour this fall will get a taste of the new tunes. But DePizzo said the songs may well sound different in a live setting than they do on the CD.

“The first thing we did was we abandoned the idea of what would we do to play this live,” he said. “So on this record, we’ve kind of challenged ourselves and pushed ourselves to do better than that (the live versions), to be bigger than that and to really stretch the boundaries of what this band can do … The challenge for us is going to be going in and taking the material and figuring out how to play it live.”