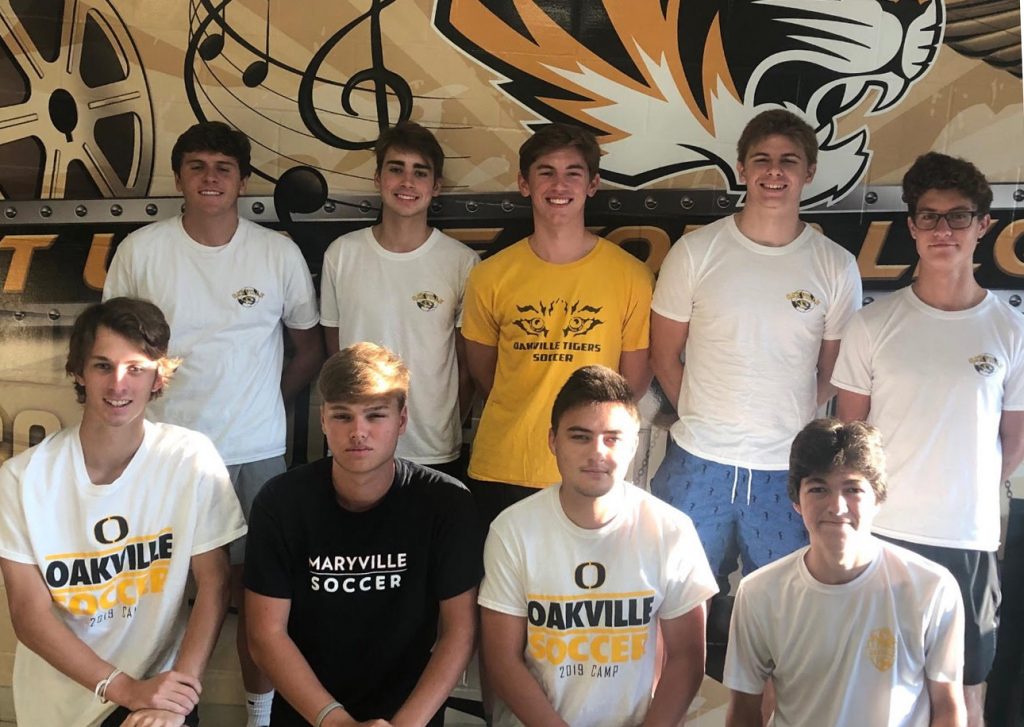 With a core group of six returning starters and a new head coach, the Oakville High boys soccer team is looking to make a return trip to the playoffs.

Former assistant Brad Oestreich takes over the program in his third season at Oakville after coaching at Fulton from 2009 to 2016. The Tigers’ new head coach is hoping that last year’s run to the Missouri Class 4 state sectional game, despite going 12-13 overall, will give his squad the experience and knowledge to be successful in 2019.

“Any time you can get playoff experience and make a run, it gives players the leadership and knowledge of what it takes to get the job done,” Oestreich said. “We have a lot of new faces, and I see that as a positive. We get to shape and mold our players as we see fit. The biggest key for success this season is going to be our ability to play as one unit. If we can do that, I think everything else will fall into place.”

Senior defender Adam Leeker looks to anchor the Tiger backfield this season in his fourth year on the varsity squad. Last season Leeker was also productive on the offensive side of the ball with four assists.

Oakville returns a solid nucleus in the midfield as seniors Hunter Brennan, James Drennan, Eddie Morgan and Max Sorich join junior Michael Bayer for the 2019 campaign. Brennan tallied one goal and one assist for the Tigers in 2018, and Oestreich believes that he’ll be one of the keys to Oakville’s success in 2019.

“I’ve seen him a lot this summer, and I like what I’ve seen,” Oestreich said. “He’s really going to be a key player for us to be successful this year.”

Drennan appears on the varsity squad for his first full season after being called up from the junior varsity team.