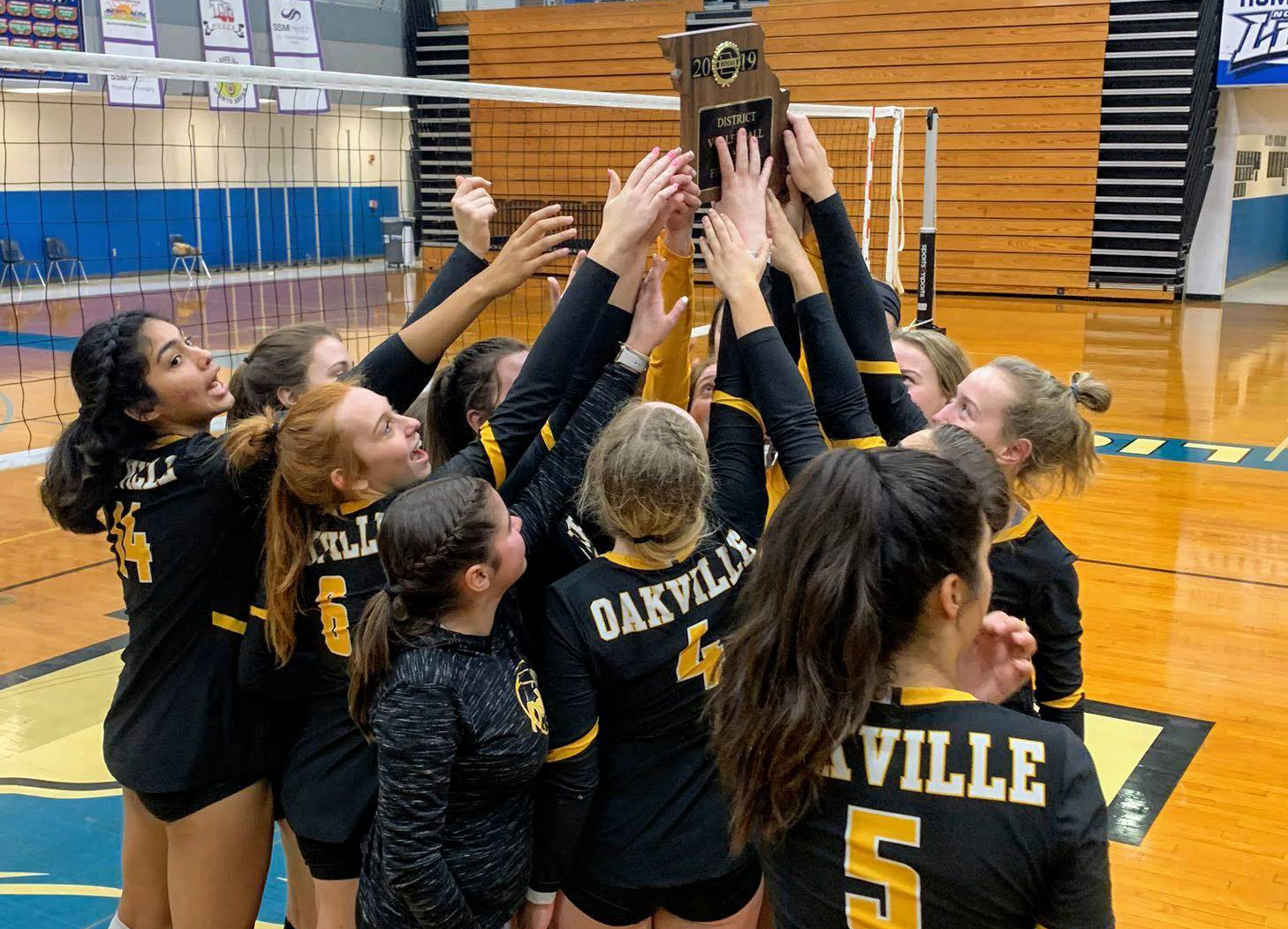 Pictured above: Oakville players reach for the district championship plaque after defeating Lindbergh and Seckman back-to-back to take the district title Oct. 30.

What seemed to be a storybook season for the 2019 Oakville girls volleyball team came to an end last Saturday as the Tigers lost at home to Lafayette 26-24, 25-14 in the Missouri Class 4 state sectional game.

The loss for Oakville (29-3-1) broke a four-game winning streak for the Tigers. The loss to Lafayette was their second against the Lancers this season.

“I think that during the first set we really played well together, but I think that this was one of those games where the pressure took a little bit of a toll on us,” Oakville head coach Lucas Allen said. “Lafayette was hitting their stride, and we were having a hard time stopping them in that second game.”

Oakville graduates four seniors from this year’s team, and Angela Elguezabal, Julia Klump, Emily Schellhase and Alexis Williams leave behind a legacy as one of the best squads to ever wear the black and gold.

Elguezabal was a solid threat at the middle blocker position as she racked up 204 kills and a team-leading 36 blocks.

“Right away I was impressed with her play at the beginning of the season,” Allen said. “She’s a gifted athlete who always gives her best performance every time she’s out on the court.”

Klump was a key piece to the Oakville offense this season at setter as she accumulated 627 assists and 97 kills.

“Julia was the natural leader of the group,” Allen said. “Her direction on the court was nice to have because she always makes the right decisions.”

Schellhase was explosive at outside hitter for the Tigers as she led with 206 kills.

“Emily had an outstanding game and was by far our leader in kills,” Allen said. “She made some great strides as the season went on, and I believe that she became more of a collected player on the court.”

Defensive specialist Williams led the team with 387 digs: “Alexis is a solid player in the back row who does a great job of reading the other team’s offense,” Allen said.