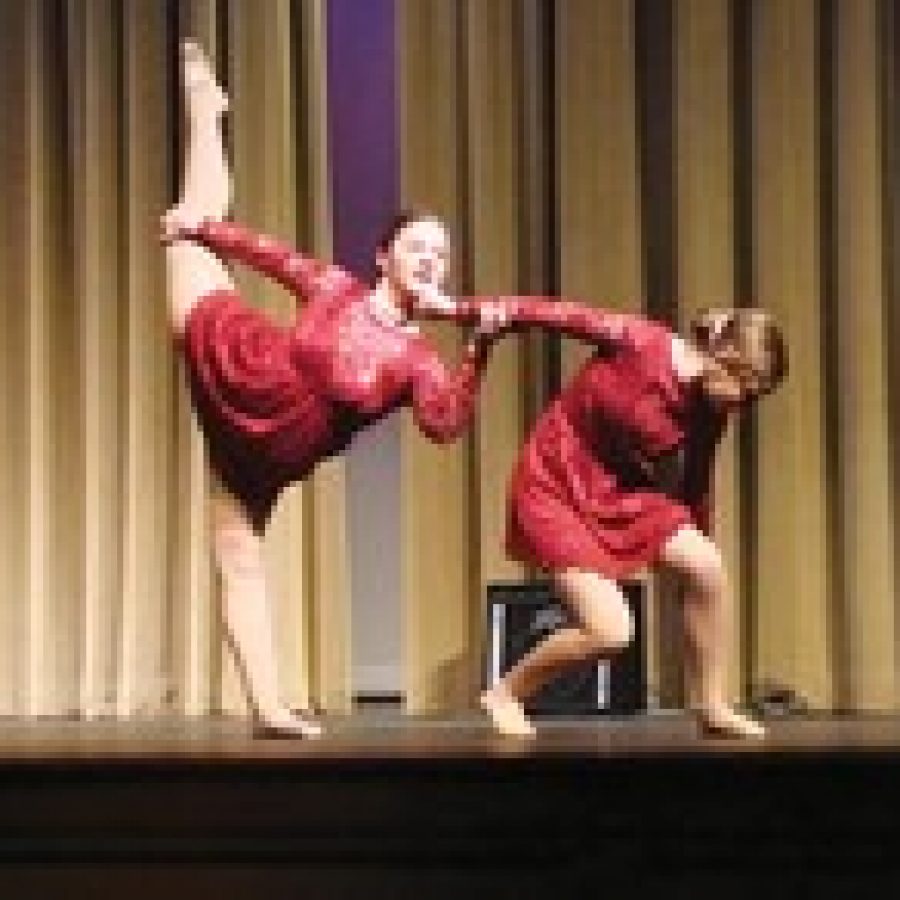 Oakville High School students Jaime Meier and Caitlin Stanford perform a ballet routine to 'Near to You' during the 'Oakville's Got Talent' competition.

Students competed before a large audience and four judges at the Feb. 15 event.

The judges critiqued each performance in the style of “American Idol” and “The X Factor,” according to a news release.

Half of the cash prize in that category was given to the student; the other half went to benefit the Oakville choir program.

Winners in each category are: