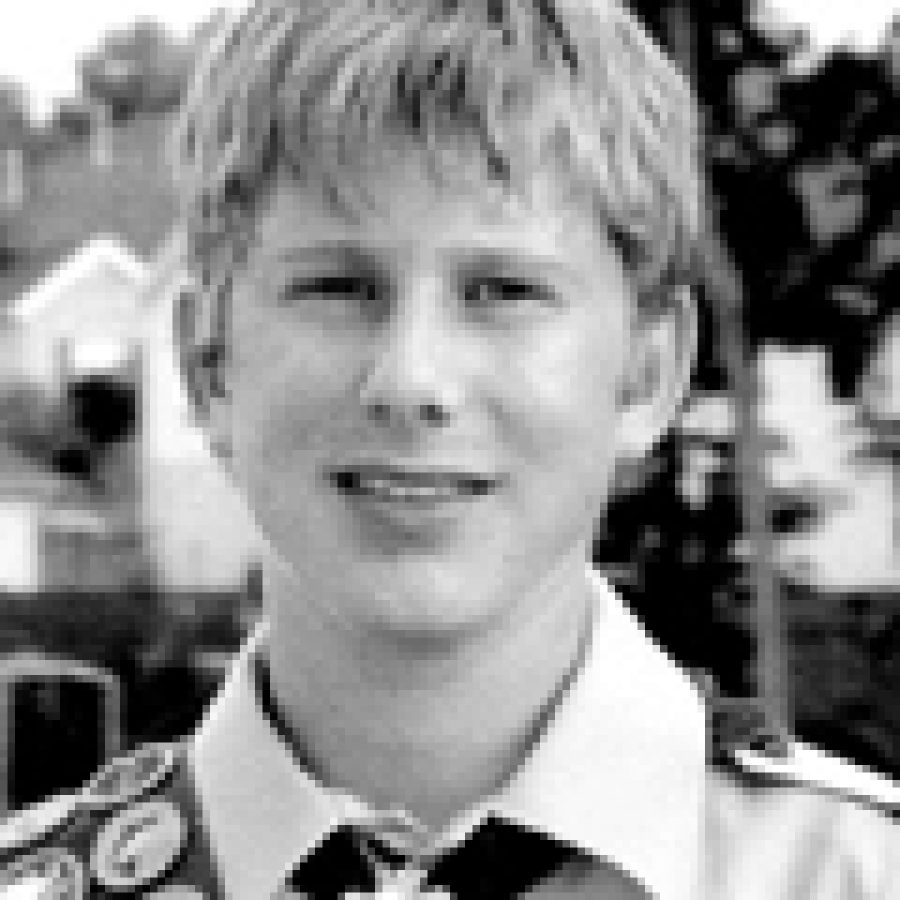 He joined the organization in 1996 in his hometown of Lawrence, Kan., where he was a member of Troop 55. Upon moving with his family to St. Louis, he joined Troop 166 in Oakville where he currently is a member.

Schweer, 17, attends Oakville Senior High School where he is a junior honor student and a member of the Oakville Ti-gers Marching Band. He is the son of Ron and Brenda Schweer of Oakville.

For his Eagle project, he designed, plan-ned and implemented the construction of three bench shelters at the Missouri De-partment of Conser-vation’s Jay Henges Shooting Range.

Schweer was elected by his peers to the Order of the Arrow his first year with Troop 166.

He attended the Philmont Scout Res-ervation in Cimar-ron, N.M., during the summer of 2003.

A Court of Honor ceremony was conducted Nov. 20 to celebrate his achievement.