Oakville softball team hoping to continue their winning ways in 2021 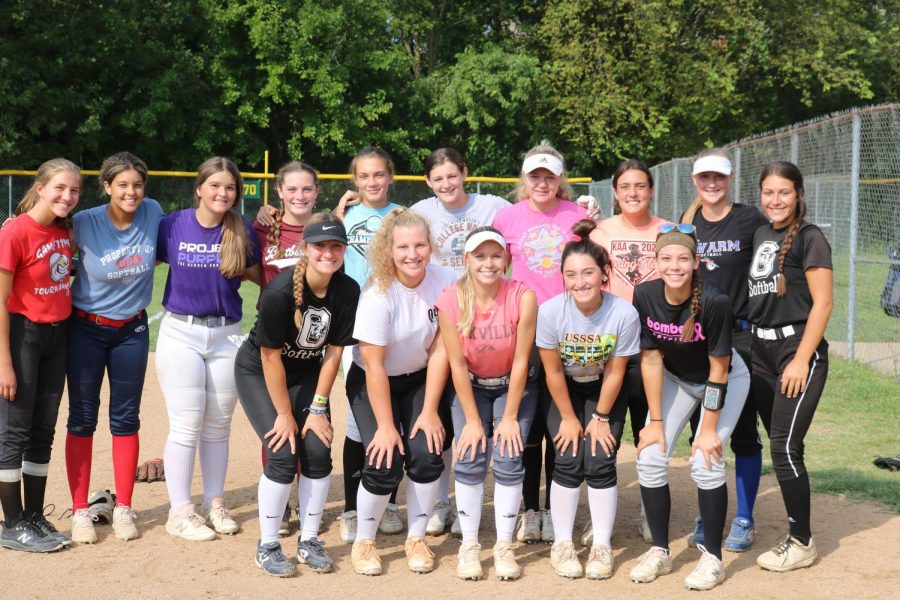 With seven returning starters from last year’s squad that went 9-5 overall, the Oakville softball team is looking to continue their winning ways in 2021.

“We’ve got a good mix of upper and lower classmen this year,” Oakville head coach Rich Sturm said. “There’s a lot of versatility in our lineup.”

At shortstop for the Tigers will be senior Carlie Huelsing. In 2020 Huelsing batted .435 with five doubles and 15 RBI.

“Carlie is a fantastic athlete and one of the best athletes that I’ve coached,” Sturm said. “She can hit for average and power, is a very smart player that really knows the game and plays hard.”

Junior Madison Rhyne will spend time behind the plate at catcher as well as at first base. Last season Rhyne batted .348 with five home runs and 17 RBI.

“Madison has tremendous power,” Sturm said. “She also does a very good job for us behind the plate.”

Senior Mallory Pike will share duties at catcher and first base with Rhyne after hitting .297 with eight RBI during the 2020 campaign.

“Mallory hits the ball really well to all fields,” Sturm said. “She’s the kind of player that gets on base a lot and doesn’t strike out much.”

At second base for the Tigers will be junior Lilly Kahle. In 2020 Kahle hit .348 with four doubles and seven RBI.

“This is Lilly’s third year and third different position,” Sturm said. “She’s a good defender that has good speed and bat power. She and Carlie made a good tandem for us up the middle.”

Junior Savannah Hesse will take on pitching and first base duties for Oakville after batting .341 for the Tigers with 3 doubles and 15 RBI. In the pitching circle Hesse was 3-1 overall with a 2.89 earned run average.

“Savannah has really impressed us as a pitcher this year,” Sturm said. “She hits for power and has some pop in her bat. She’s had to tweak her game and it has put more spin and velocity on her pitches.”

In the outfield will be the trio of seniors Brenna Pepper, Julie Lato and Mackenzie Campagna along with junior Mary Tutwiler. Lato will also see time in the pitching circle this year for the Tigers.

“Brenna has the experience that we are going to be counting on in the outfield this season,” Sturm said. “Julie’s going to get significant time in the circle this year and she’s been by far the most improved player on the team. Mackenzie is working really hard and swinging the bat really well this year. Mary emerged as our left fielder last year and she’s turned into a good contact and gap hitter and is very good in the outfield for us.”

The Tigers open the 2021 campaign against Carthage Aug. 27 at the Chesterfield Athletic Association.