Oakville softball has ‘outstanding’ season, slams out in sectional 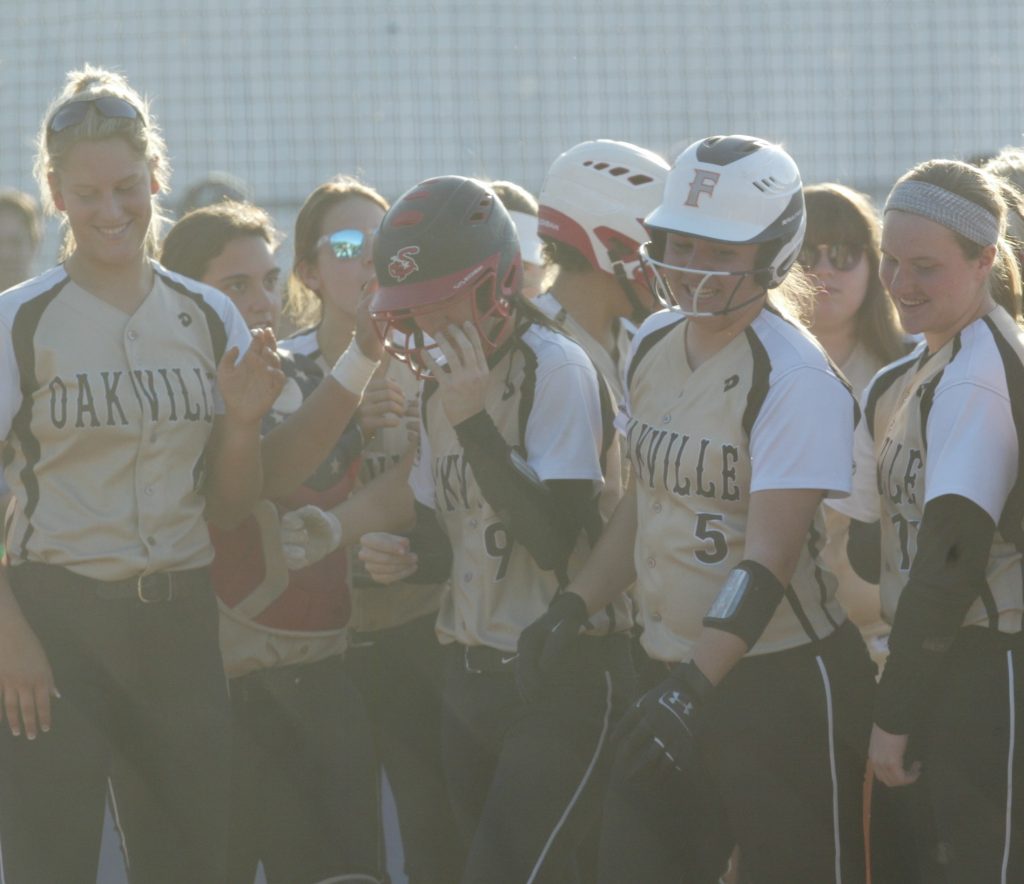 A loss ended hopes for the district champion Oakville softball team in sectionals.

The Oakville softball team dropped a 10-3 decision to the Northwest Lions in the Missouri Class 4 state sectional Oct. 23, down 6-0 after the first inning of the play. The loss for Oakville (19-5) snapped a three-game winning streak in which they won six of their last seven games.

“They (Northwest) came out and scored six runs in the first and we just couldn’t come back,” Oakville head coach Rich Sturm said. “Northwest is a good team and they came out all jacked up and ready to go.”

Oakville was led this season by seniors Amanda Fitzwilliam and Calynn Gicante.

Gicante went 9-4 overall on the mound in 16 games played with a solid 4.12 earned run average. The senior starting pitcher/first baseman batted .371 with five home runs and 26 runs batted in, or RBIs.

Fitzwilliam was also a solid threat at the plate during the 2019 campaign as the third baseman batted .409 with two home runs, 18 RBIs and a team-leading six stolen bases.

“We had an outstanding season, and I thought that this was a very good effort by this group of girls,” Sturm said. “This team was a lot of fun to coach and we did our best to put ourselves in a position to get into the Final Four.”