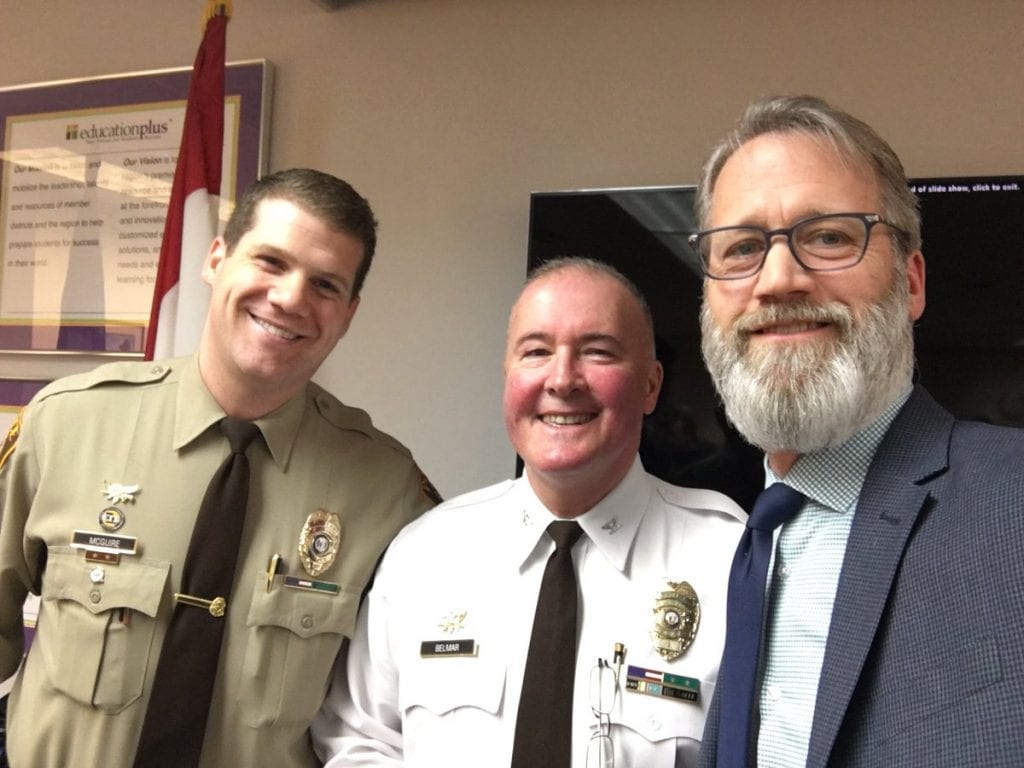 Oakville native Sgt. Shawn McGuire has been the spokesman for the St. Louis County Police Department for years, but he is moving on.

McGuire left the Public Information Office Friday to serve as a supervisor in the department’s Tactical Operations Unit, or SWAT team.

McGuire had served alongside Officer Benjamin Granda in the office for several years.

But after Chief Jon Belmar promoted Granda to sergeant this month, that freed up McGuire to move on.

The departing spokesman emailed reporters to announce that Friday was his last day on the job.

“I’m excited for my new opportunity within the Police Department,” McGuire wrote. “Sgt. Granda will assume the role of the public information coordinator, and he will continue to strive to make the St. Louis County Police Department Public Information Office the best in the area.

“I have really enjoyed my time in the Public Information Office. I became the media relations officer in October of 2014, during a stressful time for our Police Department and region. I want to say thank you to members on this list that were patient with me over the past 4.5 years. From the major incidents including officer-involved shootings, protests, robberies, carjackings, and assaults, to the minor incidents including day to day operations, traffic accidents and pet calendars, I always tried to give you all the most accurate information as quick as I could. Sometimes that meant a few minutes, and other times it meant five hours, but I again thank you for your patience and understanding.

“I believe this Public Information Office will continue its effort in providing everyone on this list and the public quick and accurate information about our department.”

Belmar promoted McGuire to sergeant in April 2016. He joined the department in 2006. The son of Rick and Betty McGuire of Oakville, he previously served in the Affton Southwest Precinct and the Tactical Operations Unit. He received a bachelor’s degree in criminal justice from Truman State University and is a 2001 graduate of De Smet Jesuit High School. At the time of his promotion to sergeant in 2016, he had received 17 awards, commendations and letters of appreciation.

Granda, now solo in the office, was at the scene Tuesday to speak to reporters after an officer-involved shooting in Ladue that the department is investigating after a Ladue Police Department officer shot a shoplifting suspect in the parking lot of the Ladue Schnucks.

Granda joined the department in 2011. He previously served in the Jennings Precinct and the Bureau of Crimes Against Persons. He has a master’s degree in management and leadership from Webster University and a bachelor’s degree in criminal justice from Southeast Missouri State University.

In the same round of promotions, Belmar also issued a new rank to McGuire’s predecessor as police spokesman.

Sgt. Brian Schellman, who moved from the Public Information Unit to the SWAT team after Granda joined the office, was the only sergeant in this round of promotions to be promoted to lieutenant.

Schellman joined the department in 2003. In addition to the Public Information Office, he has previously served in the South County Precinct, the Affton Southwest Precinct and the Intelligence Unit. He earned his bachelor’s degree in communications from Fontbonne University.

One other member of the department who has worked in South County’s precincts was also promoted.

Officer Matthew Taylor was promoted to sergeant. He joined the department in 2005 and is currently assigned to the Intelligence Unit. He previously served in the Affton Southwest Precinct, the West County Precinct and the Tactical Operations Unit. He earned his associate’s degree from St. Louis Community College.