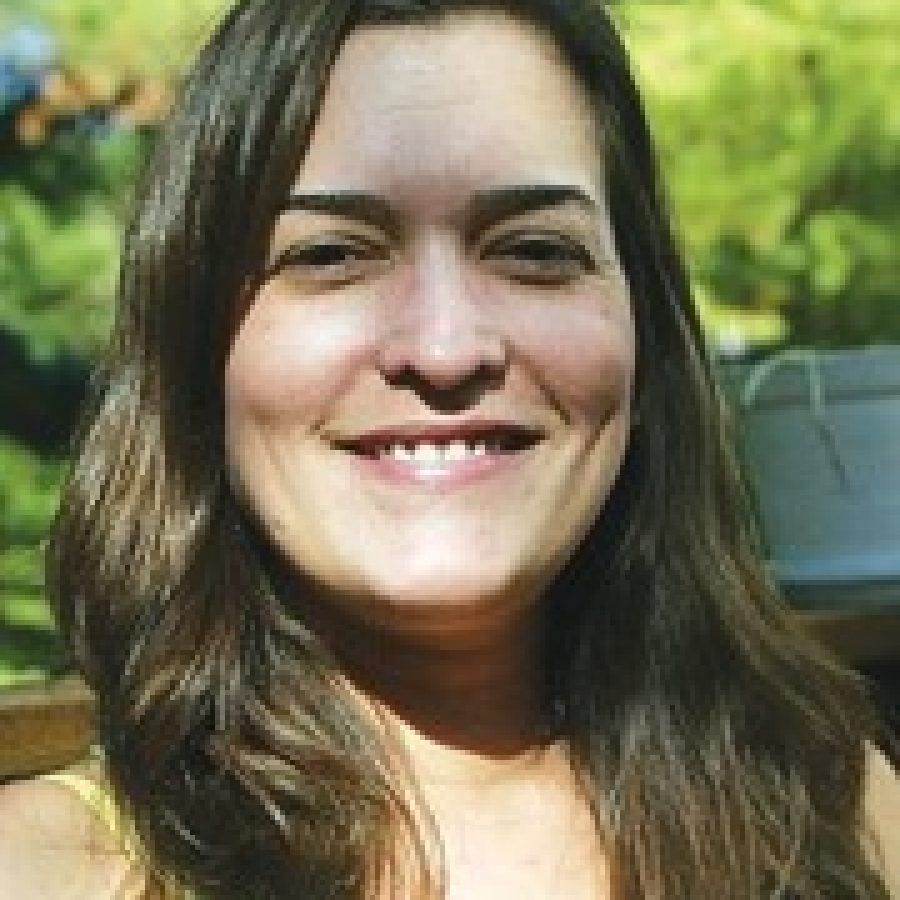 Oakville native Kari Liston has had a wonderful year.

Her song “You Will Never Be Cardinals” was a hit on local radio during the St. Louis Cardinals’ World Series run.

While recently performing with her band the Bottoms Up Blues Gang in Fairplay, Colo., French public television director Gregory Monro saw Liston and told her, “You’re my Calamity Jane.”

Munro, director of three French public television docudramas, had been working on the project for at least seven years before he met Liston.

The daughter of Rick and Cathy Liston of Oakville, Liston, 36, attended Southwest Missouri State to study drama after graduating from Oakville High School in 1995.

“I was like a kid in a candy store,” Liston said of her role as Calamity Jane. “It was my first film and everything was exciting. It was just like a dream come true.”

“The feedback that I got when I posted it on Facebook was, ‘Oh, yeah, you were born for this role,'” she recalled. “It was a small-budget role, so there was no hair and makeup person.

“The good news was I didn’t need to wear any makeup. I didn’t wash my hair for a couple days. I cut my fingernails. My hands were dirty. So the harder I looked, the better for the role.”

Calamity Jane was born Martha Jane Canary on May 1, 1852.

She was an American frontierswoman and professional scout best known for her claim of being an acquaintance of Wild Bill Hickok and fighting Indians.

“I knew nothing at all about Calamity Jane before I got this part,” Liston said. “I was getting her confused with Annie Oakley. I learned a lot about her from the script.”

Calamity Jane is very popular in France, according to Liston.

“Everybody kept asking me why French people care about Calamity Jane?” she said. “I just assumed the guys were filmmakers and they make films. The subject didn’t matter. Actually, Calamity Jane is a huge figure in France.

“Back in the ’70s there was a comic book called Lucky Luke,” Liston said. “Every kid in France bought copies of it. There was one story about Lucky Luke and Calamity Jane. So, of course, French girls gravitated toward her, a woman in a man’s world doing everything like the boys did.

“Everybody in France knows Calamity Jane. They know more about her than we do.”

In 1865, her father, Robert packed up the family — his wife, Charlotte, and their six children, including Calamity Jane — and moved by wagon train from Missouri to Virginia City, Mont. Charlotte died along the way in Black Foot, Mont., in 1866.

In 1867, her father died, and overnight, Calamity Jane became head of the household. She and her siblings then traveled to Fort Bridger in the Wyoming Territory, arriving in May 1868. Calamity Jane took whatever jobs she could to provide for her large family.

She worked as a dishwasher, a cook, a waitress, a dance-hall girl, a nurse and an ox team driver.

She also became a heavy drinker.

Photographs of Calamity Jane indicate she may have had her nose broken a few times.

“I imagine she was in a few bar brawls,” Liston said. “Or she was drunk and fell on her face. You can break your nose in any number of ways. The extras were all telling me, ‘You’re too pretty for Calamity Jane.’

“If I had a false nose, I would have looked a lot more like her. My face is round like hers. I have almond eyes. She was dark-haired like me.”

Munro filmed the movie in South Park City, Colo., the same town made famous by the long-running animated sitcom.

“We shot in a town that was real back then. It’s been preserved as a museum now,” Liston said. “I don’t know how many times we had to stop filming because a guy came walking through the set in shorts and tennis shoes and we were trying to act like it’s 1870. All of a sudden we’d hear, ‘We got a bogey.’

“I didn’t have to ride a horse over any rough or dangerous terrain, but I did have a scene where I was telling a story about that. There were no life-threatening stunts. Walking the horse was about as dangerous as it got,” she added.

The film will air some time in early next year on the Arte television network in France.

French producers are trying to market it in America, but have no takers at this point.

“They talked about trying to sell it to HBO or American PBS,” Liston said. “They told me I’ll get a copy of it when its done, so I’m hoping I’ll get a copy that’s not dubbed in French.”

Acting in the film was a dream come true, she said.

‘To act again was a dream come true,” Liston said. “Right now, I’m more interested in film than a song. There’s lots of songs. They were paying me to act. They were flying me back and forth, and I didn’t really care how good or bad it was going to be, I just wanted to do it. Maybe I’ll be huge in France. Maybe I’ll be the next Jerry Lewis.”