Oakville High softball up to bat with deep roster, and eyes on the top prize 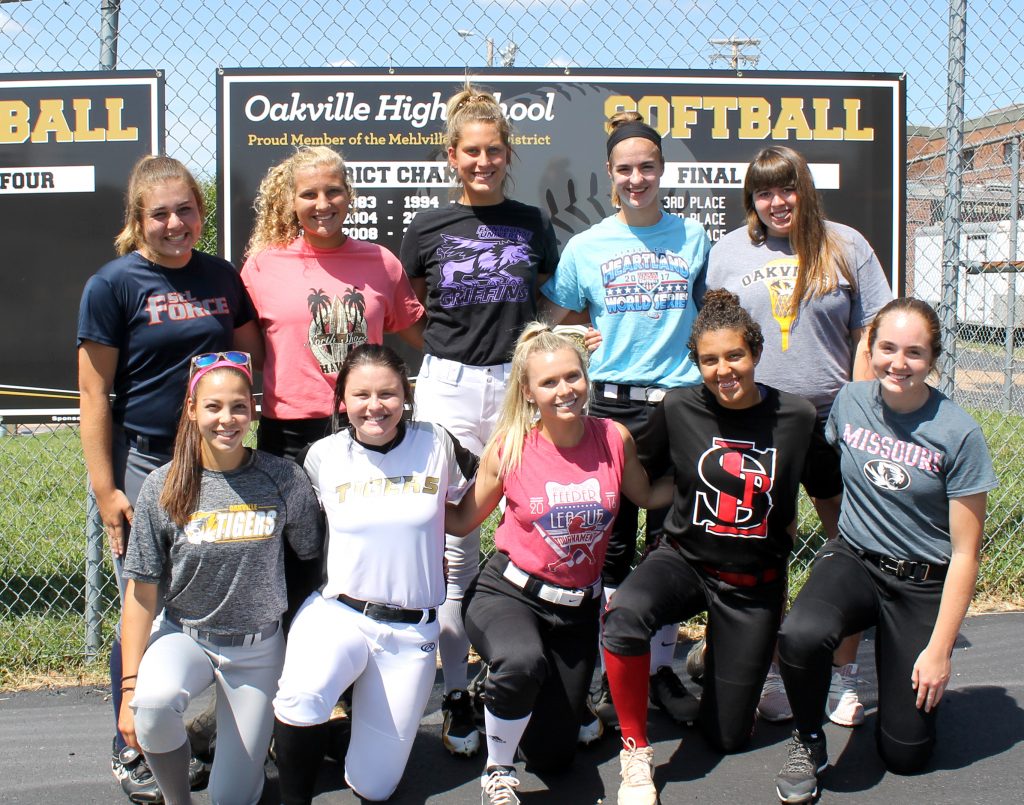 Oakville High head coach Rich Sturm wants to continue the girls’ softball string of victories this year, with a state championship within reach.

of victories this year, with a state championship within reach.

Year in and year out, the Oakville High School softball team is one of the top pro-grams in the area, if not the state, and 2019 will be no different than previous seasons. The Tigers return six starters to this year’s team after going 19-9 in 2018, when they reached the Missouri Class 4 state quarterfinal game.

“We’re happy with what we’ve seen so far, and we have a good mix of kids on the roster,” Oakville head coach Rich Sturm said. “This is probably one of the deepest rosters we’ve had in a while because we return a lot of experience, which is always good.”

Seniors Amanda Fitzwilliam and Calynn Gicante come into the 2019 campaign with high expectations from the Tigers’ head coach.

Fitzwilliam returns to the third base position after batting .453 with 28 RBIs in 2018. She added on to those impressive offensive numbers with seven doubles, three home runs and 10 stolen bases.

“In my honest opinion, I don’t know if there are any better third base players than her,” Sturm said. “She was one of the offensive catalysts for us last year and was one of the reasons why we made that run into the playoffs.”

Gicante returns to the circle as Oakville’s starting pitcher after posting a record of 7-3 with a 2.39 ERA in 2018.

Junior Abby Alonzo will also see time in the circle as a pitcher while playing first base, as she did last season. In 2018 Alonzo batted .360 with three home runs and 28 RBIs. In the circle she was 1-0 overall in three games appeared with a 2.71 ERA.

Another junior that will see time in the infield this season is Ella Stickland. The Tigers’ starting shortstop led the team with a .471 batting average, four home runs and 31 RBIs.

Junior Madison Kilburn will command the outfield in 2019 after seeing limited action last year. She batted .333 with one walk and one RBI.

Sophomore Carlie Huelsing returns for the 2019 campaign at shortstop after start-ing nearly every game as a freshman. Huelsing is looking to improve on her .246 batting average in which she drove in 10 runs on 17 hits.