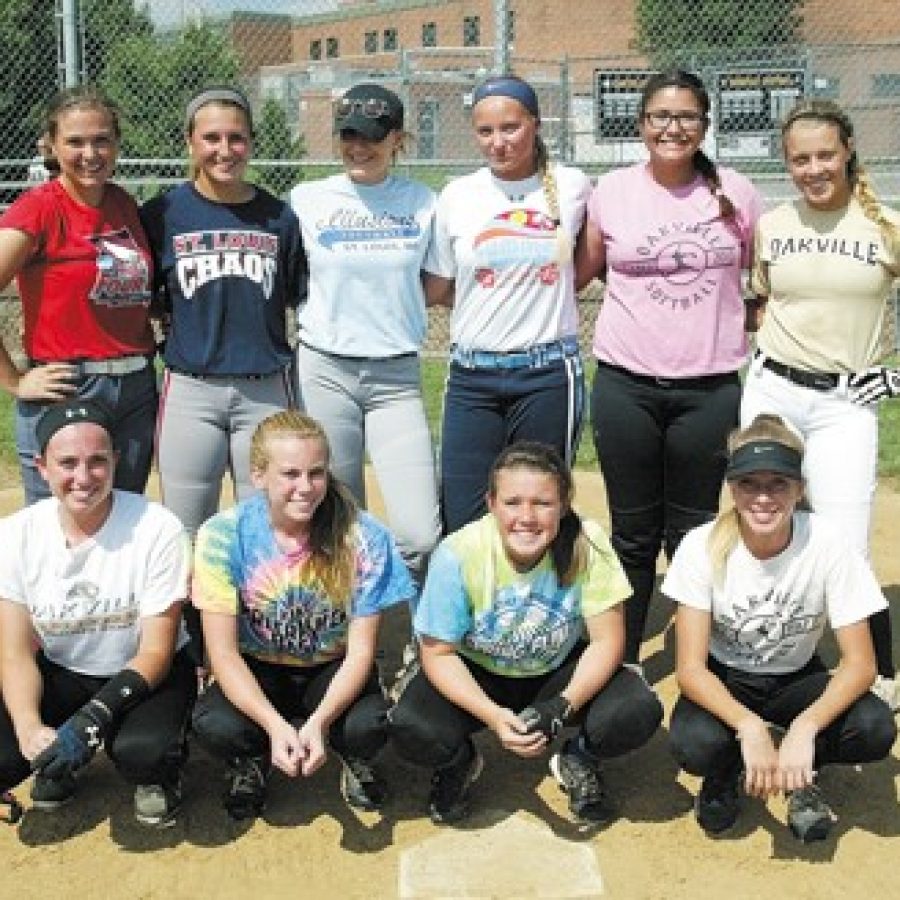 Having a winning season and making a deep postseason run has been the standard for the Oakville High School varsity softball team for years, but winning a state championship is always the goal.

The Tigers will make another run at it in 2016 after falling short last season, as they went 19-9 overall and lost to Rockwood Summit in the semifinals.

Optimism surrounds the team again this year and, according to Oakville head coach Rich Sturm, the same group of girls will get a second chance at it this year.

“We graduated one starter and there were three total seniors in last year’s class, so we return a lot of experience, a lot of girls that played an awful lot of games at the varsity level — some very key starters being back,” he told the Call.

One of those key returning starters is the Tigers’ No. 1 pitcher from last year, Sarah Pattillo.

In addition, the Tigers will return their catching combo of Alivia Auer and Jessica Gerber, along with Baylee Ryan in center field and Melanie Mooney in right field.

Rounding out the Tigers’ squad will be “kids that came up from JV and some incoming freshmen that we are looking at for a couple of spots,” Sturm said.

Pitching depth, defense and being able to put pressure on the other team offensively are the biggest three attributes the Tigers possess heading into the season, according to the coach.

“Overall, we’re happy with what we’ve seen. We have a little ways to go,” he said. “But we are very optimistic and we feel really good about what we’ve got.”

Sturm added that he expects the advances players made last season to carry over into this season.

“Those girls competed to the very end, played hard. It was a very successful season considering the number of new faces that were in the lineup, what we asked them to do, how their roles increased, and we look for those kids that are coming back from that team to learn and be even better,” he said.