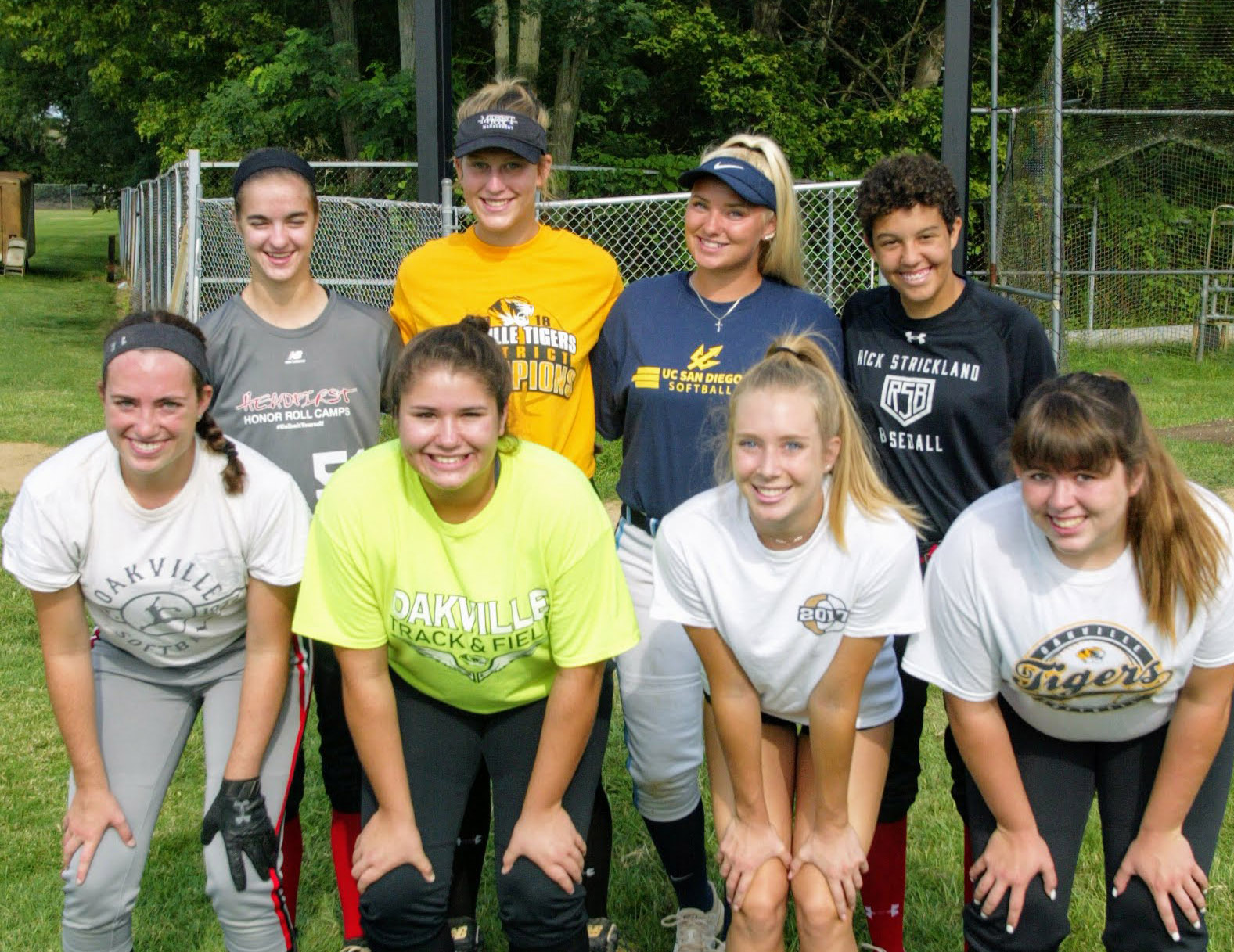 With a total of seven returning starters from last year’s 23-5 squad, the Oakville Senior High varsity girls’ softball team has their eyes on one prize: A state championship.

“We return a lot of players and on Day 1 of the season, we’ll have seven starters,” Oakville head coach Rich Sturm said. “I think that the expectation levels are very high and with a veteran team like ours, you’re hoping that really happens.”

The duo of senior Makayla Slavik and junior Calynn Gicante will take turns in the starting pitcher/first baseman role this season after combining for a total of 28 starts last season on the mound. Slavik was 12-2 on the mound last year with a 2.36 ERA, while Gicante was 11-3 with a 2.59 ERA. Both players are also skilled at the plate, with Slavik batting .286 with five RBIs while Gicante hit .352 with 31 RBIs.

“We are in a very fortunate situation to have two very talented pitchers, as they complement each other and are very hard workers,” Sturm said. “They’re a lot of fun to coach and are both outstanding hitters.”

At third base this season is junior Amanda Fitzwilliam, who led the Tigers last year with an out-of-this-world .521 batting average. Fitzwilliam also drove in 33 runs, generated 12 doubles and drew a total of 11 walks.

“Amanda was on the cusp of making the all-state team last year,” Sturm said. “She’s very intelligent, and in my opinion, there’s not a better third baseman out there.”

The Tigers have another duo in seniors Alivia Auer and Jessica Gerber, who will share time behind the plate as catcher.

Sophomore Ella Strickland will start at shortstop for the Tigers after hitting .400 with a team-leading 39 RBIs last year.

“As a freshman, she was outstanding,” Sturm said. “I’m really excited about what she brings to the table.”

Fans following the Tigers are well aware of the team’s 17-game winning streak last year, which Sturm attributes to moving senior centerfielder Jenna Gregory to the leadoff spot. Gregory batted .449 with a total of seven RBIs and 18 walks.

“When we moved her to the leadoff spot, we went on a huge winning streak,” Sturm said. “She was definitely a catalyst for our offense last year.”