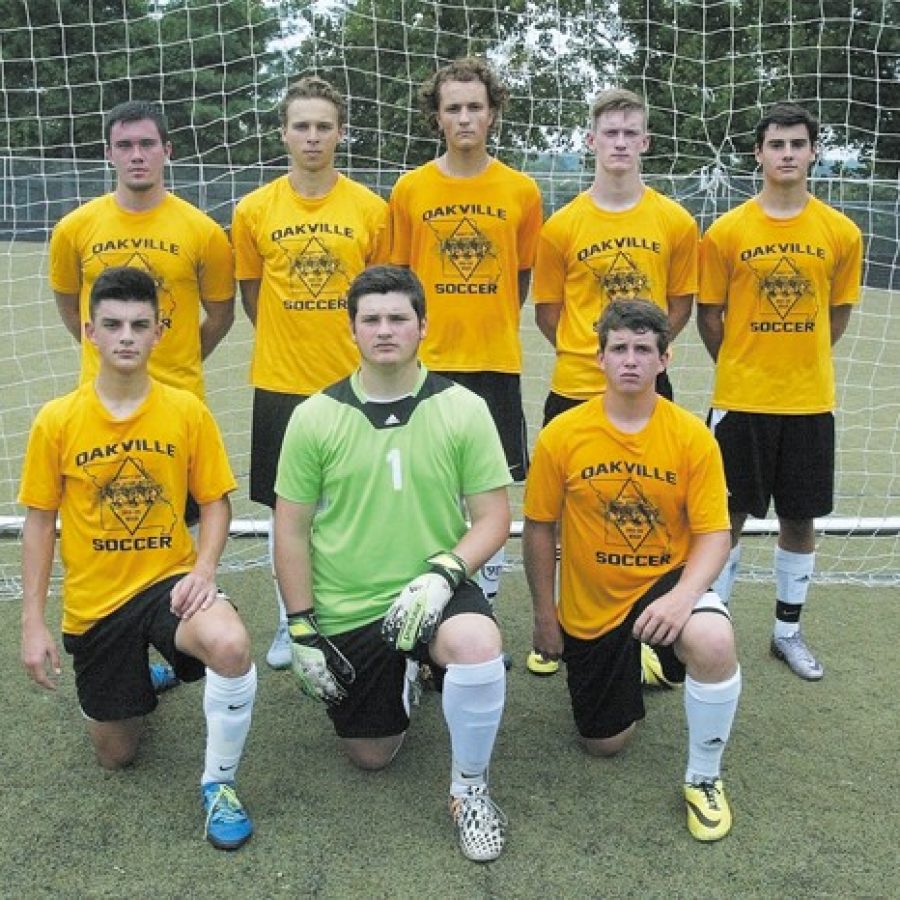 Oakville High head soccer coach Dave Robben says he's pleased with the experience of his squad this year, despite losing 10 seniors to graduation.

Tigers head coach Dave Robben told the Call he is pleased with what he has seen so far for the 2015 season.

“We have a good group here of players. The preseason has been pretty demanding and they have responded. So that’s a good thing,” he said. “We are still in the process of selecting a team. We call it making adjustments at this point. We’ve made some cuts and the next part of it is to make some adjustments.

“But for the most part we are very happy with what we are seeing. There has been a quick grasp of our system in terms of what we want to do with the players that we have in terms of how we’re organized on the field. And our style of play is consistent through the program.”

As always, the Tigers’ goal is to possess the ball, according to Robben.

“We are a team that tries to possess the ball. We’ve been able to do that early on,” he said. “So those two parts combined with the hard work the players have put into the preseason — so yeah, we are at a good point.”

The club graduated 10 seniors last year, but because of the depth the Tigers usually have, eight are returning — seven field players and one goalkeeper.

“In spite of that large number, these eight players that return all have had experience. So we are pretty good there in terms of our experience. So that’s a good thing. It’s not like starting over with a totally inexperienced team,” the Oakville coach said.

Brad Sovich and Dominic Riggio are the two main goal scorers back from last season. While neither had huge numbers last year, that is because they were overshadowed by their predecessors. But now it’s their turn to lead the charge.

The returning players and those getting their first opportunity with the club seem to be making the most of it, according to Robben.

“Right now, they are pretty good at absorbing information and applying it — that’s the other thing in addition to they are hard working. They are adjusting and adapting and learning quickly, so those are all positive things and right now that’s what’s been really good,” he said.

“The learning curve here has been pretty quick,” Robben added.