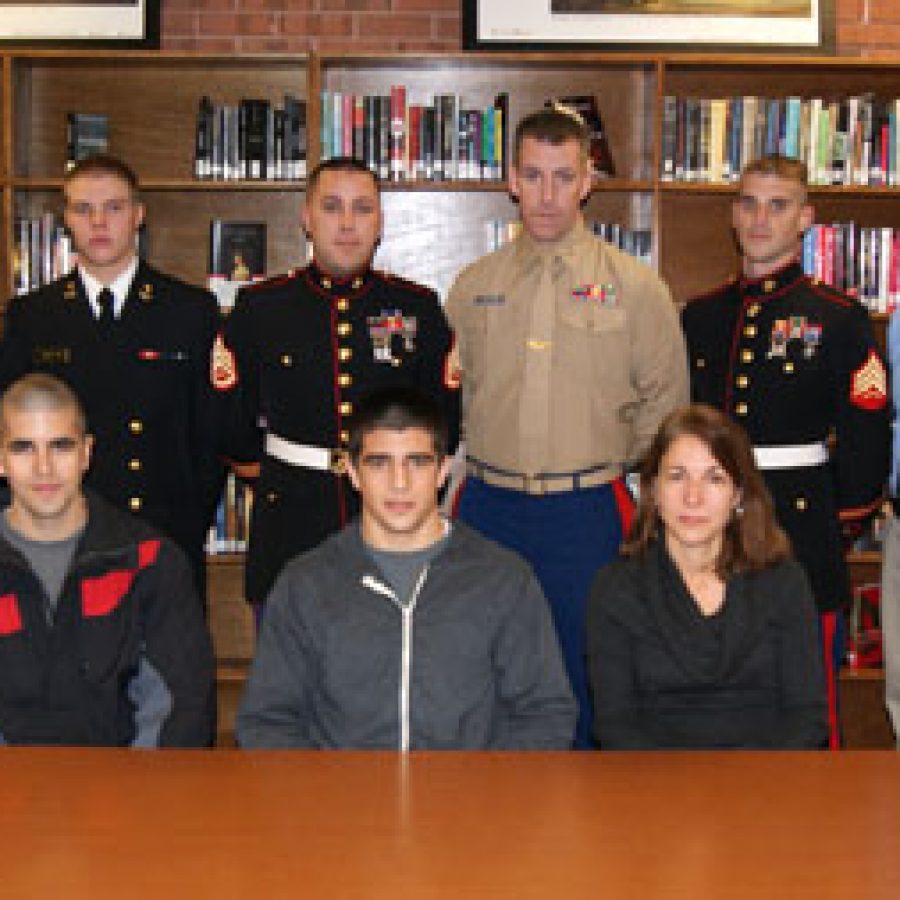 Chinea was presented with a four-year scholarship to a college of his choice through the Navy Reserve Officers’ Training Program, or ROTC, Marine Corps Option. This scholarship is offered to only 20 high school seniors across the Midwest region.

“These scholarships are highly competitive,” Capt. David KIingensmith, who interviewed Chinea as part of the application process, stated in a Mehlville School District news release. “Nick is very deserving of this scholarship.”

The Navy ROTC is a multiyear program that runs concurrently with a student’s normal college or university educational course of study. Besides a regular academic workload, Navy ROTC students attend classes in Naval Science; participate in the Navy ROTC unit for drill, physical training, and other activities; and learn the leadership principles and ideals of a military officer. Chinea’s four-year scholarship would cover the cost of tuition, fees and textbooks, and would provide Chinea with a monthly subsistence allowance.

“I am very excited about earning the scholarship. The Marines is my first choice over all of the other military branches,” stated Chinea, who also applied to the U.S. Naval Academy. “Even if I don’t get accepted into the Naval Academy, I know I have this scholarship, which is great.”

If Chinea chooses to accept the Navy ROTC scholarship, he will attend one of his top five colleges, which include the University of Missouri-Columbia and the University of Colorado-Boulder as his first and second choices, respectively. The OHS senior plans to major in political science, and upon graduation, Chinea would hold the rank of second lieutenant in the Marines.

While a student at OHS, Chinea has been a member of the wrestling team, water polo team, National Honor Society and Student Council. He also volunteers with the homeless ministries at Faith Lutheran Church, and he earned the rank of Eagle Scout through the Boy Scouts of America.

Chinea is the son of Alex and Charmaine Chinea.