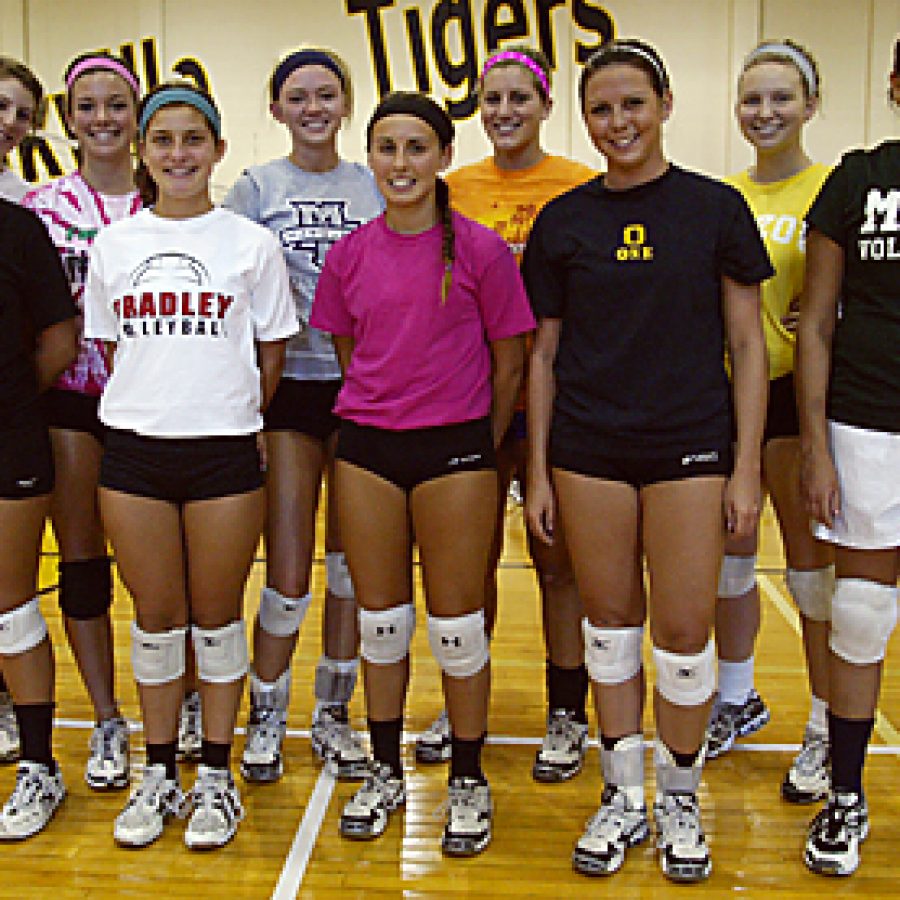 As the Oakville Senior High School girls’ volleyball team enters the 2009 season, the Tigers are focused on building off the success of last year’s squad.

The Tigers were 29-7 overall and tied for the Suburban West Conference champion-ship with a 7-1 record in league play.

“We really feel like we have the makings to get to state,” Oakville head coach Morgan Lucas said. “I feel like last year we relied on Lauren Sazama too much and when she got hurt, we then had to look to other players.

“But we’ve got five to six girls that are good athletes and in the long run, that should pay off for us.”

“Sam is such a hard worker,” Lucas said. “She does a great job blocking and is definitely going to be a senior leader for us.”

“We look for Molly to fill that primary outside hitter role for us this season,” Lucas said. “Her hitting and serving has improved a lot in the off-season.”

Another senior outside hitter on the roster is Jenny Schanzle, who amassed 38 kills, 14 blocks and 75 digs as a junior.

“Emma runs a quick offense and is another huge asset to our team,” Lucas said. “She knows how to put the ball away and put up big blocks.”

At right-side hitter is senior Lexi Cibulka, who put up a total of 205 kills last season. Cibulka also racked up 75 blocks and 28 digs in 2008.

“When Lexi goes up, she really puts the ball away,” Lucas said. “She and the rest of the seniors know that this is their last shot at getting to state.”