Tigers focusing on endurance, getting faster 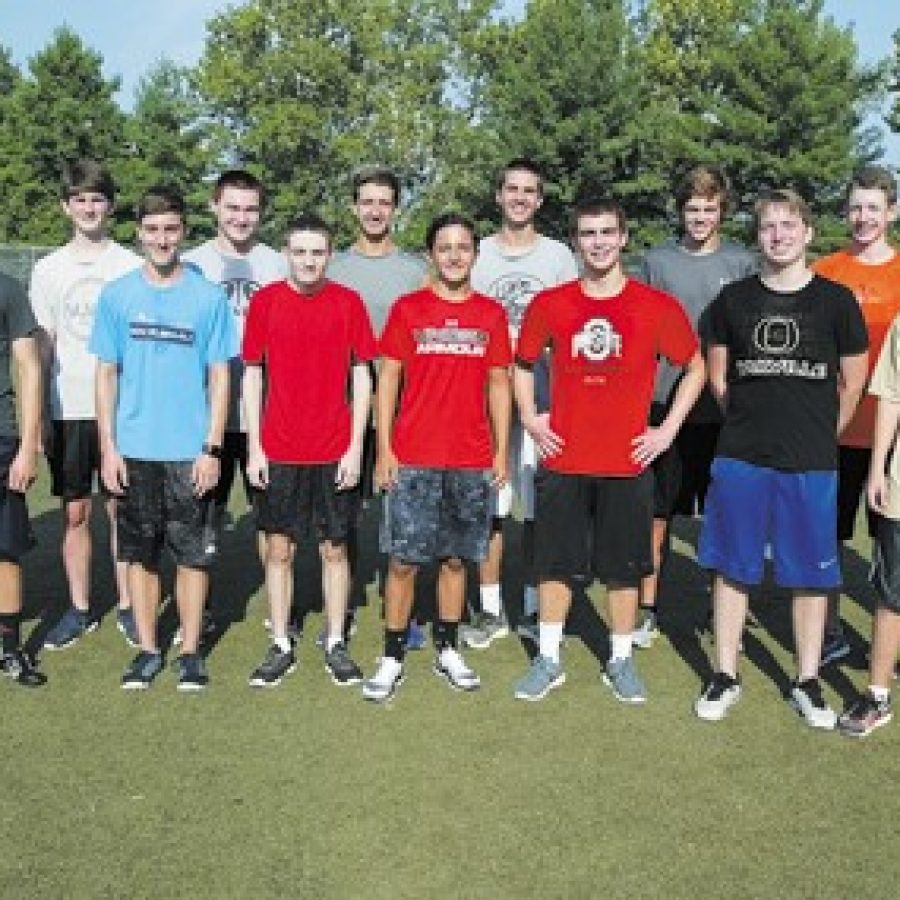 The Oakville High School varsity boys’ cross-country team is off and running and is in good form to have some success in 2016.

Tigers head coach Kevin Niedringhaus said his team, heavily weighted with re-turning talent, is looking good and is ready for competition to begin.

“We have a dedicated group of returning juniors and seniors who have worked hard over the summer and are anxious to compete,” he told the Call.

Senior Nick Durham, who made it to sectionals last year, returns for Oakville with a personal goal of earning a medal at state this year.

Durham was right behind his teammate Griffin Bailey, who placed 14th at state last year, so he is looking forward to another chance at advancing this year.

Zach Kunz-Bohrer is also a senior and he “improved considerably last season and finished on varsity,” according to Niedring-haus.

“Returning juniors Matt and Mark Pinner, Dylan Ochoa and Nick DeLucia, along with newcomer Cameron Harrison, are all improving and are capable of advancing through districts,” the coach said. “We have a good group of sophomores and freshmen who will push those veteran runners and compete for spots on varsity.”

As the Tigers prepare for 2016, they are focusing on training hard and getting faster.

“We are working hard at practice on endurance and speed,” Niedringhaus said. “We need to learn to race with more intensity.”

Personal growth and post-season success are the goals for this team.

“The goal is to see improvement in every runner’s personal times and to advance as a team out of district, and then anything can happen at sectionals,” Niedringhaus said.