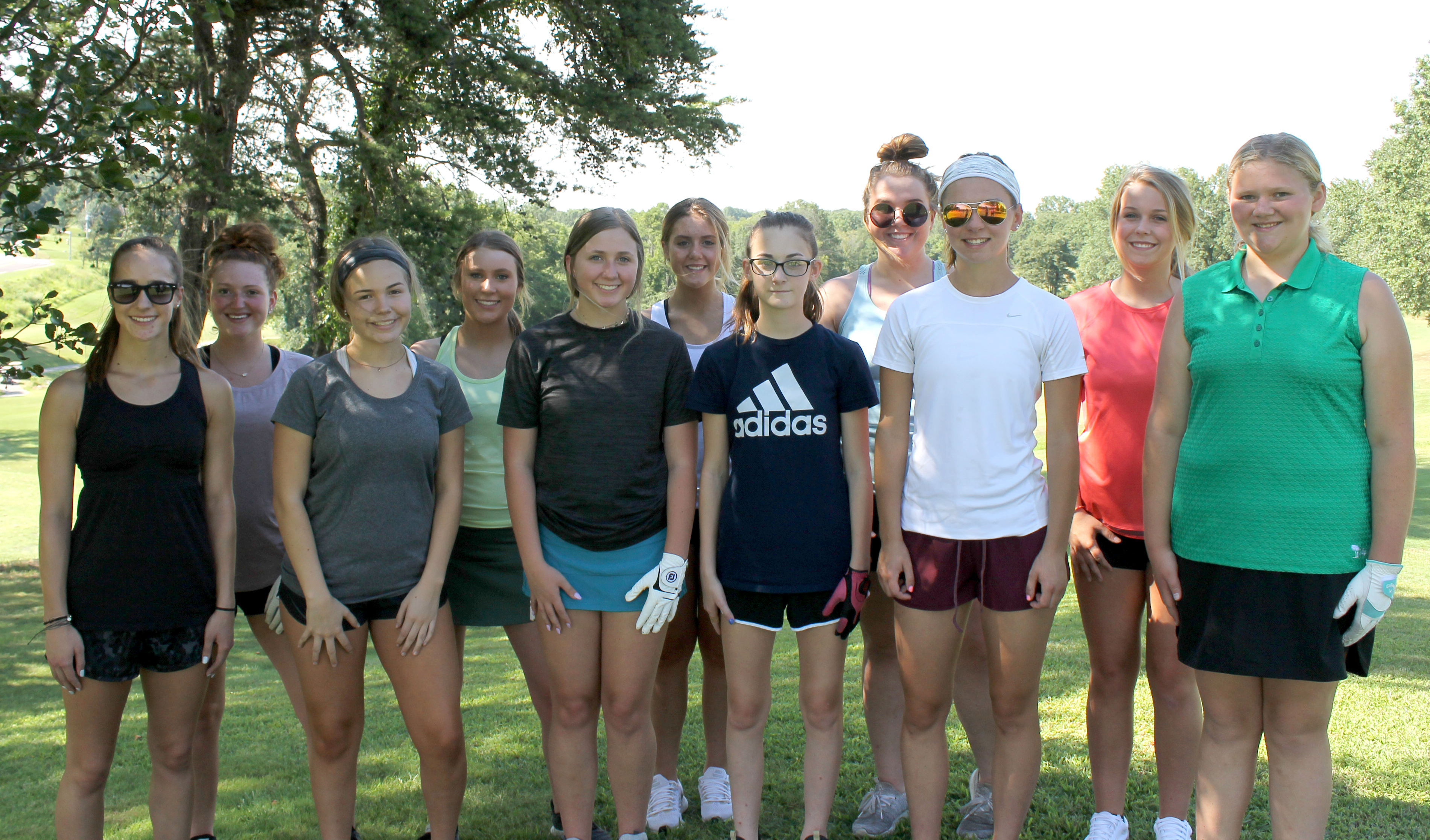 Pictured above: Oakville High head coach Emily Baker says she’s looking for a pair of seniors to provide leadership for her young team, which will be battle-tested in matches.

“Last year was a bit rough for us as a team,” Baker said. “We had only five girls out for the team and only one of them had any experience. That individual did very well and when she graduated we were left with only one returner. This year we have 11 new players.”

Returning to the Tiger golf squad this season is Paige Tustanowsky, who did not play in the district tournament last season.

The two seniors returning are Bethany Hagan and Kayla FitzWilliam, who is a retired gymnast out for her first season.

“We have two freshmen players this season with Junior PGA experience, or equivalent. We have a group of sophomores who want to learn the game and show athletic talent,” Baker said.

The Tigers will field two seniors this season. These older players weren’t on the links last year, but provide leadership.

“Our goals for this team, especially with them being very young, is to keep getting better and enjoy the game and grow as a team,” Baker said.

Getting better as a team means solving some career-long problems for players.

“We have one player that has a big slice,” Baker said. “So the second we can straighten that out she’s going to be a pretty good player. It’s more of a mental game than a physical one, that’s for sure.”

Baker said her aim is to put together six girls that will be competitive throughout the season.