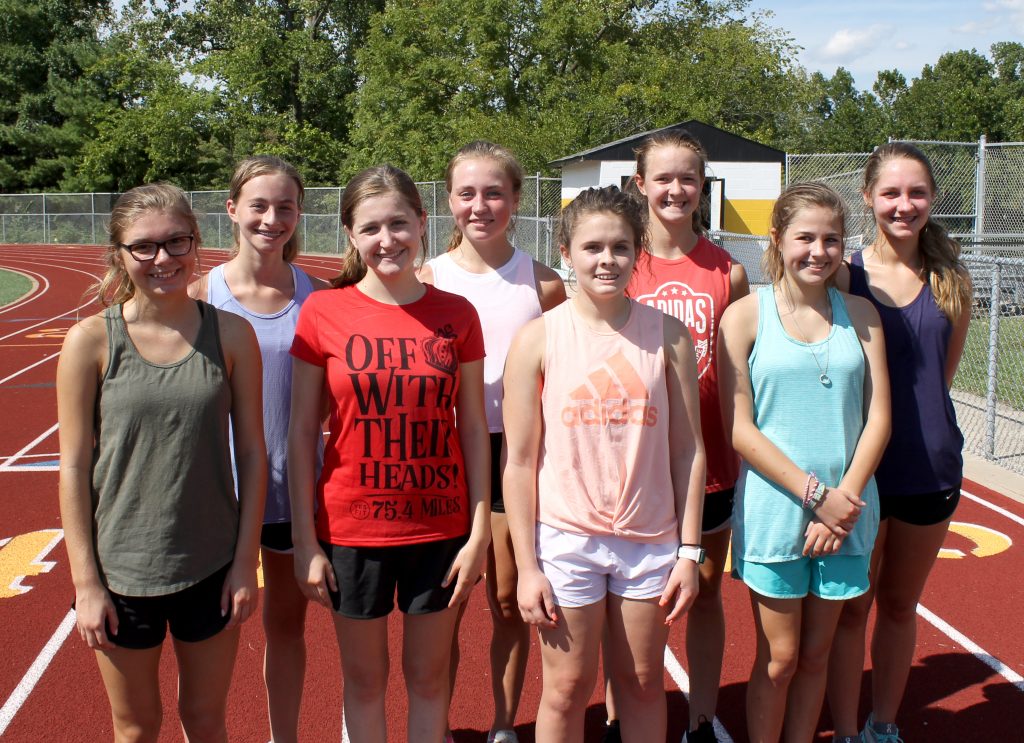 “It feels great,” Tunze said of her first year as head coach.

“I’m honored to have the position and to work with these girls.”

“I hope she can make it to state this season, she was close last year,” Tunze said.

“We’ve had 10 girls out for the team this year,” Tunze said. “We won’t have a full varsity, maybe four. We’re starting a week later this year. That means a week of extra training.”

Tunze estimates the distance between Montandon to the fifth finisher will be a span of two minutes this season.

“We have a great group of girls this season as far as who they are as people,” Tunze said.

“We have two new freshmen who are going to run varsity. I’d like to see our team come out each day and give it the best they have.”

The team kicks off its season with the Fort Zumalt West Twilight Invitational at the Pheasant Run Golf Course in O’Fallon on Saturday, Sept. 7.

The Twilight Invitational is unique in that it is the only night meet held in the St. Louis area.

The second meet of the season will be the Northwest Stan Nelson Invitational, held Tuesday, Sept. 17, at the Northwest Early Childhood Center.