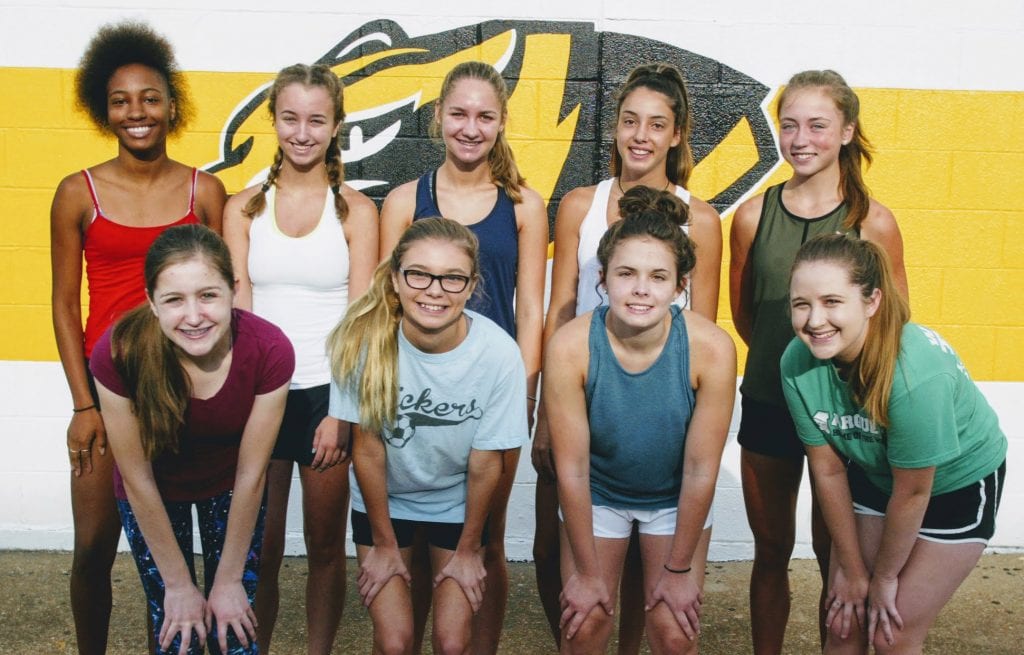 With four returning starters from last year’s squad, the Oakville Senior High varsity girls’ cross country team will have a unique combination of veterans and some inexperienced runners in their lineup this season. In all, Oakville will have a dozen members on this year’s squad.

One Tiger that Moore has high hopes for  this season is senior Emma Mueller.

“Emma has been great every year and just continues to get better,” Moore said. “We saw the competitive side of her last year, and that really helped her improve her times. I’m really looking forward to seeing what she can do this year.”

Senior Lexie Huether returns to the Tigers this season after competing in her first bodybuilding competition over the summer. Moore believes that once Huether gets into long-distance running shape, she’ll be a formidable runner on the course this year.

“Lexie just got off the bodybuilding competition circuit and had been training for that all summer long,” Moore said.

Junior Mackenzie Montandon returns for her second season on the cross country team, and the Tigers’ head coach said she came into the preseason in phenomenal shape.

Oakville junior Halle Ezell returns for the 2018 campaign after spending most of the 2017 season injured. Moore is hoping that Ezell has a breakout season for the Tigers.

“If she can get back into running shape, she can have a really good year,” he said.