Oakville football trying to get over .500 mark in upcoming season 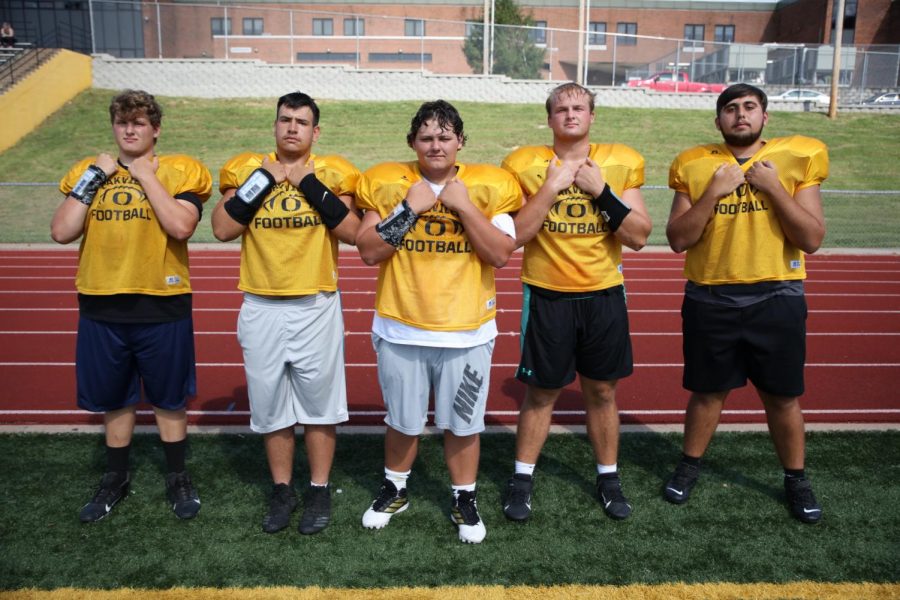 Coming off of a shortened 0-5 season, Oakville football is banking on the return of several starters, including its full offensive line, to get over the .500 mark.

Coach Mike Genge took over as coach of the Tigers just before the season started last year. He said the team last season suffered from some bad habits he and the coaching staff had to break, but the overall goal was to be competitive and he felt they were.

“We lost two games by a touchdown or less and that was something we built on in the offseason,” Genge said. “Coming in to this year it’s ‘What can we do to take that next step?’”

Genge said the goal for this season is to finish .500 or better and to stay undefeated at home.

The team as a whole is young this season according to Genge. Of the 75 players on the roster, there are around 30 freshmen and five seniors. He said the coaching staff is trying to balance the youth of the team with the knowledge that it’s time for the program to reach the next step.

The team returns its full offensive line, including Jack Bishop, Nemanja Medan, Riley Hughes and Cody Freel. Junior Joey Bradley is starting at quarterback for the Tigers after starting for junior varsity last year and Kam McCalip is returning at running back after getting some varsity touches last year.

Genge said the team took more of a hit on the defensive side of the ball as far as graduated players go, but several defensive players have had solid offseasons. Terrell Cook and Tommy Caira will be in the trenches for the Tigers come Aug. 27 when Oakville opens up on the road against Francis Howell North.