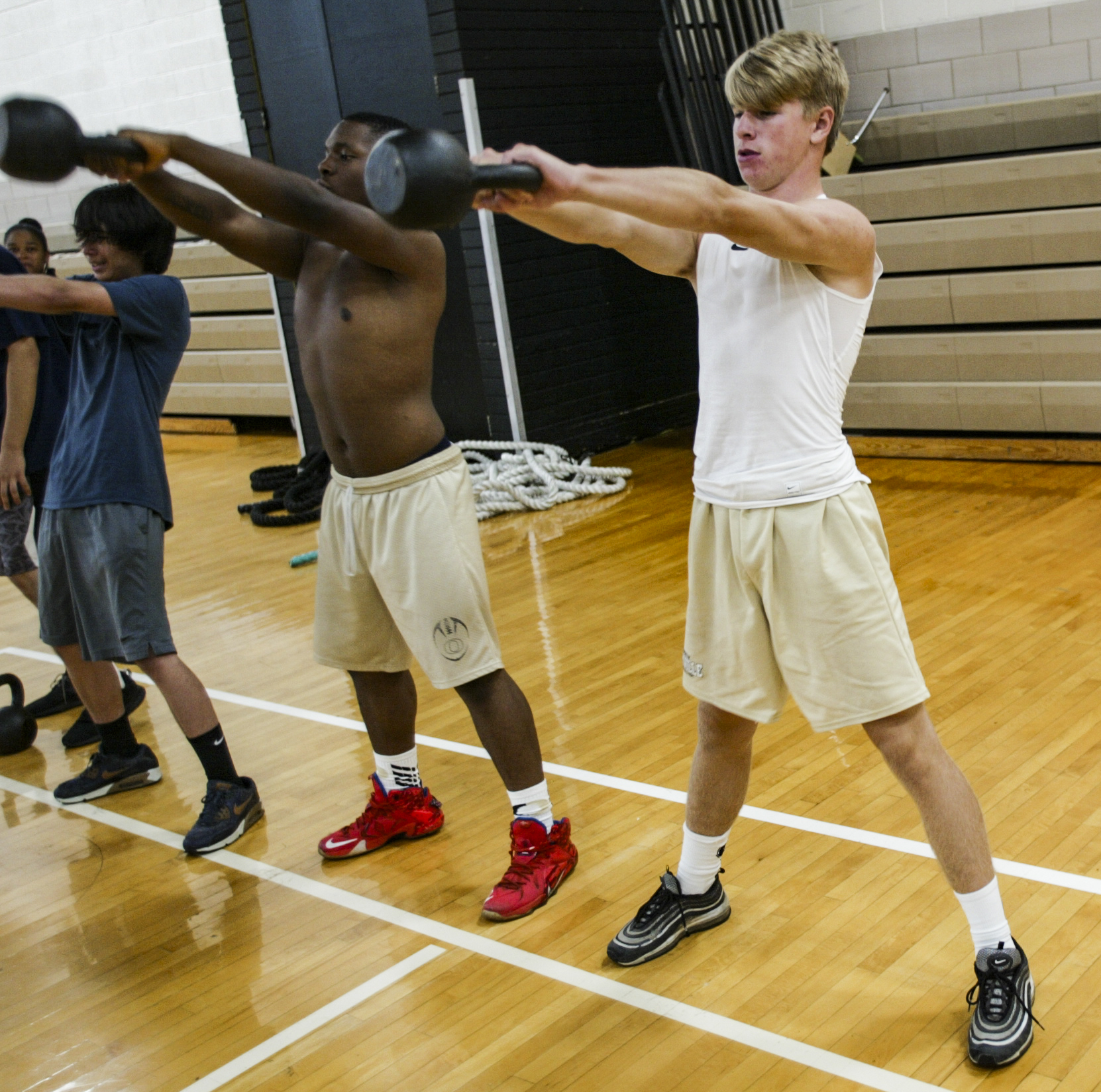 One of the keys to success in high-school football is being prepared both on the field as well as in the weight room. The Oakville Tigers received a unique opportunity last month as they were coached through a boot-camp-style workout conducted by the United States Marine Corps, or USMC.

This was not only a chance to see where they stood from a physical fitness standpoint, but also an excellent team-building exercise.

“Every year we do a session with the Marines in which they conduct a boot-camp-style training day,” Oakville head football Coach Arlee Conners said. “We’re going to be young this year, and we’ve got some good guys coming back. We were 3-7 last year, but we’re definitely optimistic about this coming season.”

For USMC Staff Sgt. Joshua Jacobs, the workout session with the Tigers was a great opportunity to talk to the players and the coaching staff about what it means to work together as a team in order to accomplish one goal.

“We talked to them about being leaders and working together as a team,” Jacobs said. “It’s a big part of what the Marine Corps do, and a lot of those initial values are learned while playing football. Being a good Marine is not about just knowing the material, it’s about setting the example for others to emulate.”

Speaking of setting an example, Conners accepted the Semper Fidelis Coaching Award from the Marines at the Glazier Football Clinic this summer. The 14-year eteran head coach of the Tigers was nothing less than humbled by the honor.

“As a football coach, you wear a lot of hats,” Conners said. “You spend a lot of time with these guys, and I had my opportunity as a player, and it’s definitely rewarding now as a coach.”

Oakville Athletic Director Becky Czuppon was quick to note that not only has Conners taken the Tigers to two semifinal appearances, but he provides a good role model for young men in their final years of high school.

“Coach Conners is a great asset to the coaching staff at Oakville due to his experiences as a player at Purdue,” Czuppon said. “What sets him apart from others is his success as a role model to male athletes at Oakville. He cares for and mentors so many boys who need a strong role model in their lives.”