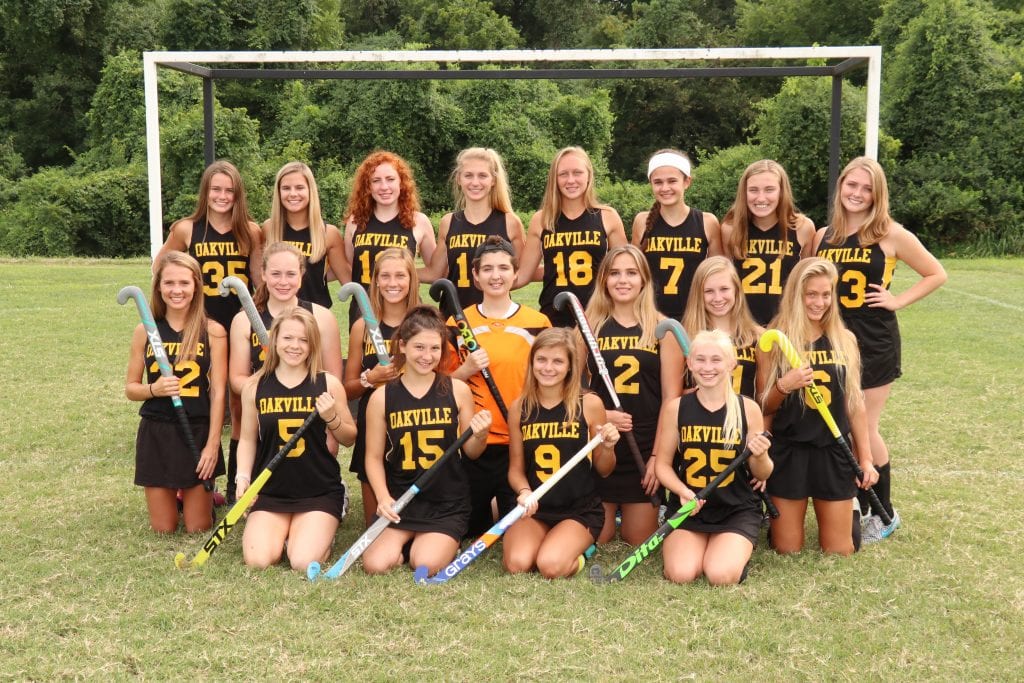 The Oakville girls’ varsity field hockey team had its best year last season, and head coach Christina Gambaro is hoping to build on that success in 2018.

The Oakville Senior High girls’ varsity field hockey team is coming off its best season in program history and is looking to build on that success.

“We had an awesome season last year, the best in program history,” Oakville head coach Christina Gambaro said. “We’re hoping to duplicate and build on that success. Our fans can expect to see some new faces to the starting lineup and a new intensity to the way we address the ball on the offensive side of the field.”

The Tigers head coach realizes that her team’s defense is going to be young, which means that her midfield and forwards are going to have to control the ball and keep their opponents on their heels.

“We will have two new starters on the defensive end who’ll need some time to get used to the pace of the varsity level,” Gambaro said. “In order for us to be successful this season, we are going to have to be stronger in the midfield to take some pressure off our young defenders. We are also going to have to get our offense working more as a team in order to score goals and control the tempo of the game.”

One of the cornerstones to the Tiger defense this year is senior Stephanie Lato.

“She’s been a defensive starter for the last three years,” Gambaro said. “She is an excellent sweeper who has a knack for breaking up plays before they become scoring opportunities.”

Also starting on defense this season is junior Ali Brennan.

“Ali is a starting wing defender who had a breakout year last year,” Gambaro said. “She has extremely sharp instincts and is fearless when she goes in for a ball.”

But the glue that holds the Oakville defense together is junior goalkeeper Sam Gindler. Last year, Gindler was 11-5-1 with a 0.75 goals-against average.

“Sam was really the key to our success in the postseason last year,” Gambaro said. “She has really taken a leadership role and has taken the younger keepers under her wing so far this season.”

“We are looking for them to pick up the offense that we lost with our graduating seniors,” Gambaro said.

One player that Gambaro is excited about this season is sophomore Kailee Wisber.

“Kailee is going to be a key player this year,” Gambaro said. “She is extremely quick and is the kind of athlete who is in the right place at the right time, especially around the goal. We are going to be relying on her to pick up some of the tip on and rebound goals that we were lacking last season.”

The Tigers opened the 2018 season at Mary Institute Country Day School on Aug. 24.