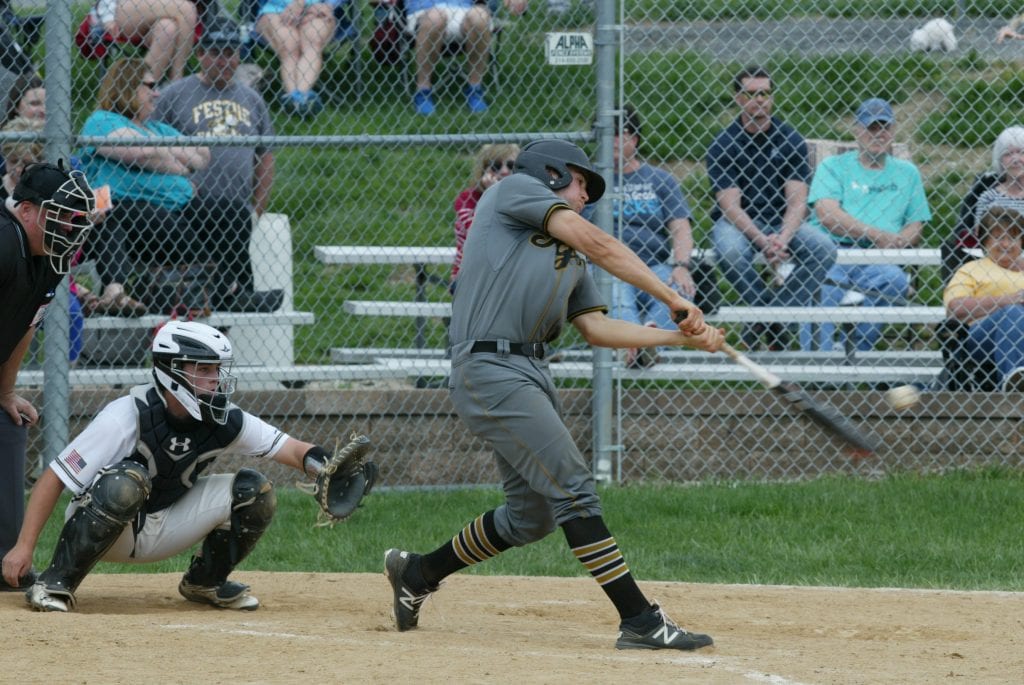 A Festus player at bat. Oakville held the team back, six runs to four.

The Oakville baseball Tigers defeated the Festus Tigers last week 6-4, just before the team played its last regular-season game against Webster Groves Monday — after the Call went to press.

The team is seeded third for the district championship, behind Lindbergh and Summit, followed by Seckman, Fox and Mehlville.