Christ says his background in business is an advantage 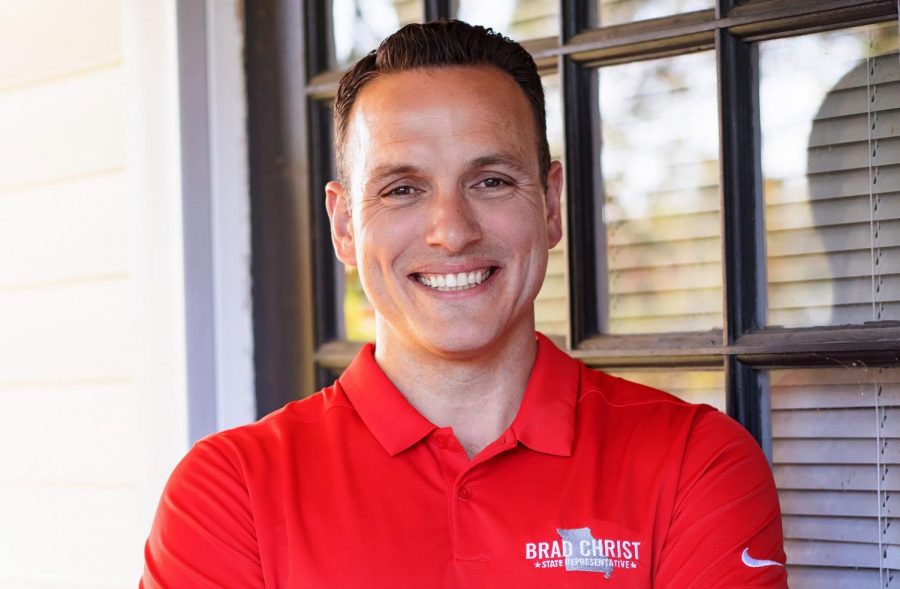 The seat was recently left open by Republican David Gregory of Sunset Hills after he announced his candidacy for state auditor. Christ, also running as a Republican, said he spoke to Gregory about the situation at the beginning of the year, and after talking to his family he decided to prepare to run.

“I met with David a few times to discuss what it would look like running and the responsibilities of the role with my constituents,” Christ said. “I thought it was a unique opportunity, a great opportunity and one I was set up to accomplish, so I took the opportunity and ran with it.”

He said the decision to run was not made lightly or quickly.

Christ has not run for public office before, but he has served on boards in the community and is president of his subdivision’s homeowners association.

“I think students need to learn skills and not propaganda in the classroom,” he said.

He said while some areas like Lindbergh offer quality education, others don’t, and he would like to see that fixed moving forward.

He said taxation is a part of that overreach, and irresponsible spending is something that needs to be avoided moving forward.

“I think we need to keep taxes low and lower them more if possible for our citizens. I think there’s a ton of waste in the spending that we currently do, and we need to fix those issues before taxing our citizens,” he said.

Christ said with his business background he feels he can promote economic growth in the area. He currently serves as director at Aon, a professional services firm.

“Missouri, and our region especially, have a ton of positive attributes. There’s no reason we shouldn’t be accelerating more like other red states in the union,” Christ said.

He said if he were to win the election, his first priority would be to look at improving the adoption and foster care system in the state.

“I’m very pro-life and I don’t want to be short sighted on that subject. I’m a big believer in our after life legislation, so what can we do to fix the foster and adoption system in Missouri? What can we do to support our children at a young age?” Christ said.

He said having four children of his own increased his passion in that area. Other important topics to him are the support of law enforcement and the Christian values he said built the nation.

Christ said he categorizes himself as a “common sense conservative” and this is what makes him a good candidate for the job.

“I think there’s too many people with radical ideas that are out of touch with the common citizen, and I think more common folks with common sense like myself need to get involved because it’s kind of spiralled out of control,” he said.