New zoning code takes powers from Crestwood Board of Aldermen 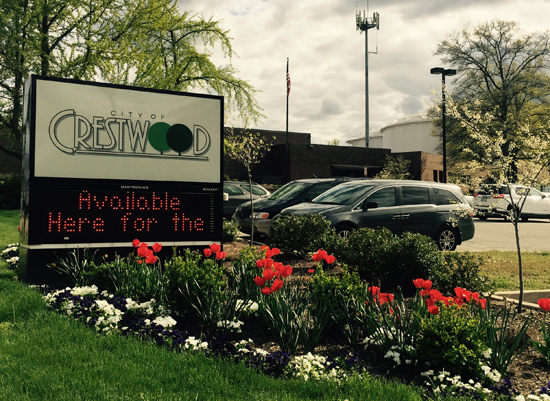 The new zoning code proposed for Crestwood could take away some of the power aldermen currently have to make zoning decisions.

The Crestwood Board of Aldermen will hold a public hearing on the new zoning ordinance when it meets by videoconferencing at 7 p.m. Tuesday, Nov. 24. Crestwood Mayor Grant Mabie takes questions from the public, without a requirement to sign up in advance. A final vote could happen Tuesday, Dec. 8.

The revamped zoning code has been an ongoing project between the city and planning firm Peckham Guyton Albers and Viets since 2018. The Planning and Zoning Commission began reviewing the draft ordinance from PGAV in July 2019, beginning with the new sign code, which was formally adopted by the Board of Aldermen in January this year.

“The goal is to tackle this over the course of two meetings. Obviously this is not a code that we’d like to rush, and the alderman will take their time and do their due diligence,” said Mabie. “We will take as long as we need to wade through this code and make sure that we get it right.”

The planning panel has been reviewing the proposed zoning code from PGAV since July, culminating in November with a public hearing where no one spoke.

The “biggest procedural change” in the proposed draft is that public hearings for developments will take place at the Planning and Zoning Commission instead of the Board of Aldermen, said City Planner Cassie Harashe.

Another significant procedural change to the code is that the Planning and Zoning Commission will become the approving authority for major site plans. The reasoning behind that is that aldermen would have already approved a zoning code that directs “development in a manner” that is consistent with the city’s comprehensive plan, explained Harashe.

“The code does have a clause in it that states if a project needs a modification in the Watson Road overlay, then it still has to come back before the board,” said Harashe. “But if it checks every box that has been outlined in the zoning code, we’re just kind of shaving off a meeting on our applications to kind of get them through a little bit sooner.”

The proposed zoning code also has a new use table with more defined uses, as well as a Watson Road overlay. The new use table is more form-based than the previous use table, matching a trend in planning.

The Watson Road overlay district, which covers all properties with frontage on the north and south sides of Watson, was created to promote a more pedestrian friendly environment along the Watson Road business corridor and “create a sense of place within the city.” The draft code also prohibits new electronic messaging signs from being erected on Watson Road and limits signs on Watson to ground-style monument signs.

The proposed code also consolidates several chapters of the current municipal code into one chapter, including floodway/flood plain management, planning and development and urban renewal processes along with the newly approved sign code.

The 30 sections of the current code are consolidated into 12 articles in the new code. The 12 articles include zoning districts and use standards, site and landscaping design standards, access and parking, sign regulations and special uses, along with general provisions and other definitions and procedures.

Sexually oriented businesses and massage businesses are newly added to the draft zoning code under special uses, but those businesses would remain primarily regulated through Chapter 13 of the municipal code, which deals with licenses and business regulations.

Medical marijuana is divided into commercial/retail and industrial/manufacturing uses in the draft code. Group home regulations are outlined as special uses.