New Lindbergh school to be at capacity when it opens

Demolition of Dressel slated to start after asbestos abatement 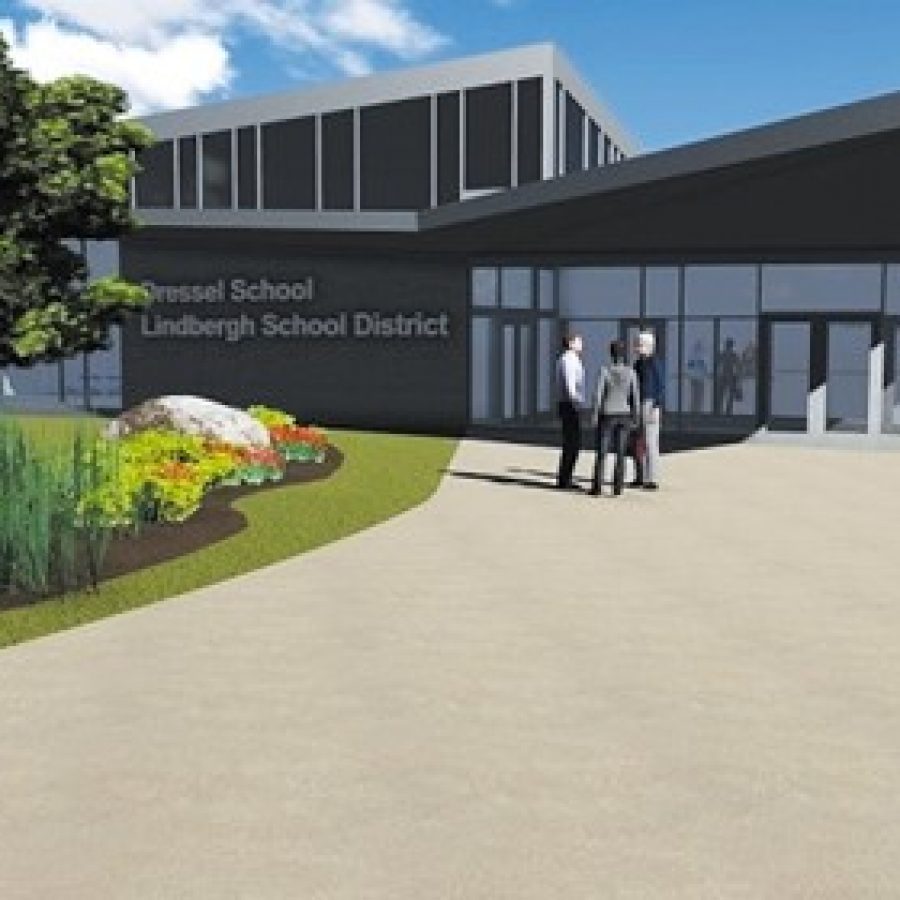 Ground hasn’t yet been broken for Lindbergh Schools’ Dressel Elementary School, but district officials project the new building will already be at full capacity with 650 students when it opens in August 2017.

Bids are due June 3 for the construction of the new elementary school, which will be built on the nearly 10-acre Dressel School site at 10255 Musick Road.

Superintendent Jim Simpson told the Call he anticipates the Board of Education will approve a contract for the construction of the new school when it meets at 7:30 p.m. Tuesday, June 9, at Lindbergh Early Childhood Education, 4814 S. Lindbergh Blvd.

Construction companies are showing a lot of interest in the new elementary school, which is estimated to cost nearly $24 million.

“We’re very excited about Dressel — (it’s a) major project, major companies will be (involved) …,” Simpson told the Call. “It’s going to be one of the bigger projects in south county, and so it’s got a lot of attention by construction companies — and some of the major ones. It’s big enough for the big ones to want to play.

“So we’re very excited about the bids and the building. It can’t come quick enough. We’re fighting growth issues every day, and we need the room badly — very badly.”

District officials project Lindbergh’s enrollment will increase by 278 students for the 2015-2016 school year. Over the next four years, the district’s enrollment is projected to increase by 1,112 students.

As such, the new Dressel Elementary School will be at capacity with students the day it opens, according to the superintendent.

“We have excess capacities at our elementaries that will fill Dressel up the moment we cut the ribbon,” he said.

Noting Lindbergh has been the No. 1 district in the state for academic achievement for five consecutive years, Simpson said the district’s enrollment growth is being driven by “quality families seeking high-quality education. Actually, high-quality education is the biggest economic developer … We’re happy to play that role of economic engine and giving people really tens and tens of thousands of dollars of value added to their house — make it to where their house sells in 24 hours and not 24 months, like it does in some communities.”

But the enrollment growth, which has been far stronger than district officials had anticipated, continues to be a challenge, he said, noting the proposed redevelopment of the former Crestwood Plaza will add to that challenge.

The Chicago-based owner of the mall, UrbanStreet Group, is proposing a mixed-use redevelopment — including 225 apartments — at the 48-acre site at Watson and Sappington roads. UrbanStreet, which submitted the only response to the city’s request for proposals to redevelop the site, is requesting nearly $28 million in tax incentives, including TIF, for the roughly $99.5 million project.

The proposed apartments would exacerbate the aggressive enrollment growth that already is challenging the school district, Simpson said. District officials oppose the use of any tax incentives for residential development and are running an awareness campaign to inform the community of their concerns.

“… We’re fighting growth. It’s a great challenge, but it is a challenge and the apartments certainly add to our challenge …,” he said, adding the enrollment growth will continue for many years.

“This district is in a high-growth mode for at least two decades, and so we have to think of ways to make sure we can keep that No. 1 rating, keep the young families, the quality young families seeking that,” Simpson said. “They come also because our communities are great places to live. They drive around the neighborhoods and they feel comfortable and safe. They see the amenities that they’re wanting …”

Given the urgency to construct the new elementary school, Simpson said the Board of Education will award a contract to the winning bidder June 9.

“We need to get Dressel under construction,” he said.

To fund the construction of Dressel Elementary, district voters approved a $34 million bond issue in April 2014. Besides the new elementary school, Proposition G — for Growth — will fund some critical needs at Lindbergh High School, including doubling the size of the cafeteria, creating two science classrooms from existing classrooms, converting a record-storage room into two new classrooms, modernizing the library and replacing the wood floor and bleachers in Gymnasium 3.

The existing Dressel School will be demolished to make way for the new elementary school. Demolition work is expected to be completed by the end of September.

However, before demolition can begin, the abatement of asbestos and other hazardous materials at Dressel must be done.

The Board of Education voted in March to award a $430,721 contract to Advanced Environmental Services Inc. to perform abatement work at Dressel and several areas at the high school. The board earlier this month approved a $32,837.50 contract for Environmental Operations Inc. to conduct air monitoring and project management for the abatement work.

The school board also voted earlier this month to award a contract to have playground equipment at Dressel relocated to Sperreng Middle School, where the Lindbergh Eager Achievers Program, or LEAP, will be housed beginning in August. The contract for $36,203.50 was awarded to Parkscape Solutions LLC.

Simpson recommended the construction of the new ECE building to replace classrooms currently housed in Dressel.

Along with seven classrooms to replace the lost ones at Dressel, the ECE West will include a large multi-purpose activities room that can be used as a gym for the Lindbergh Athletic Association, or LAA, intramural program and for physical education classes at Truman.

In addition, the building will include an administrative reception area and the LAA offices, which are also housed at Dressel.

The first phase of abatement work at Dressel will begin now that school has ended for the year. The second phase will begin after the LAA program moves to the new ECE West.